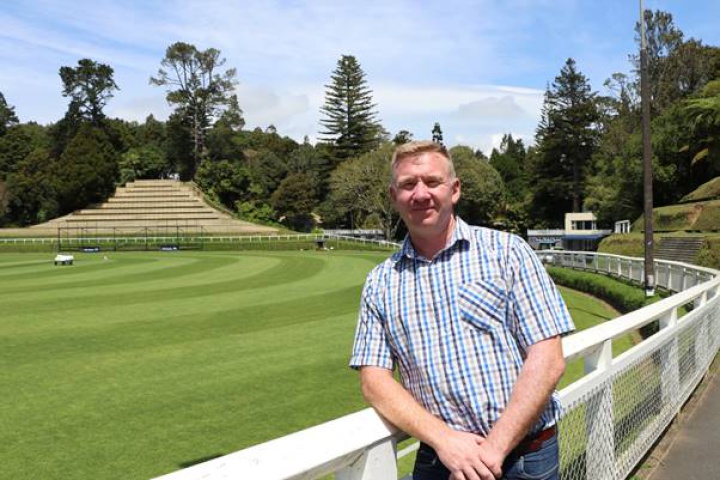 Mr Davies has led his team to a Green Flag award for the seventh year running. The Green Flag is an international mark of the world’s best parks.

“This is a tribute to the hard work of NPDC Parks staff in all weathers and seasons and reflects the dedication that goes into the ongoing development of the park,” said Mr Davies.

“Pukekura Park has been the green heart of New Plymouth since 1876 and it’s also a Garden of National Significance and a major draw for visitors and locals alike. The team is keeping it in good shape for future generations.”

Pukekura Park is unique in offering a diverse range of landscapes, from remnant native bush, to vast lawn areas and garden displays, and has a world-renowned sports arena.

It also includes the TSB Bowl of Brooklands, the Fernery and Display Houses and the popular Brooklands Zoo. The park is set to host the TSB Festival of Lights from 14 December which this year includes 14 new light features. Next year, the Bowl will host A Summer’s Day Disco on 11 January, a sold-out show from Kiwi band Six60 on 1 February, Ben Harper and the Innocent Criminals on 21 February and WOMAD on 13-15 March.

This year, the park underwent a successful trial to desilt its lakes and waterways, using an amphibious dredging vessel imported from Sweden and plans are being drawn up to complete the project over the next two years.

Experts assess a park for a Green Flag Award on 27 criteria, including horticultural standards, cleanliness, sustainability, community involvement and providing a warm welcome.

• It was established in 1876 when lawyer Robert Hughes persuaded Taranaki Provincial Government to buy 12 hectares of wasteland as a recreational reserve.

• Pukekura Park occupies the ‘Mayfair’ or top position in the New Zealand version of Monopoly.