Gecko numbers in the Bay of Islands appear to grow 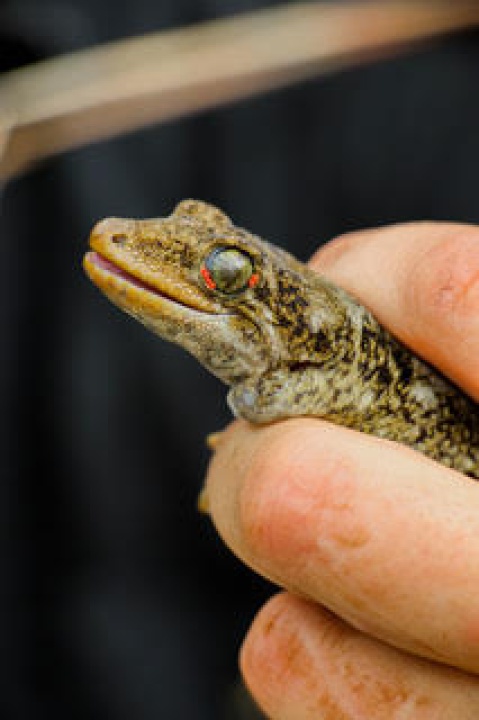 A scheme to re-introduce New Zealand’s biggest lizard species into the Bay of Islands is showing early signs of success.

Two years ago last Thursday (5th February 2018), 50 Duvaucel’s geckos were released by volunteers, onto an un-identified island in the Ipipiri chain.
Continuous monitoring since then has shown population numbers appear to be growing, with encouraging signs in both reproduction and dispersal.

'It’s the first time in over a hundred years that Duvaucel's have been seen here, and we are really excited by this apparent progress’ says Project Island Song Lead, Richard Robbins.

A total of six species have now been re-introduced, with Duvaucel’s being the first reptile.

Successful re-introductions require habitats to remain pest-free, a status Project Island Song has maintained for over a decade.

'It is critical that our islands continue to be free from pests like rats, plague skinks and stoats. This would not be possible without Ngati Kuta and Patukaha (Hapu of Te Rawhiti), the Department of Conservation, our supporters and volunteers’ says Mr Robbins.

Prior to the introduction of predators, Duvaucel’s were found in large numbers across the North Island. Today they can be found at only a few protected sites.
‘We have set up a network of monitoring stations across the release island. They help us detect released adults, and their offspring, as the population grows. Recording information such as body length and weight is vital both for our own monitoring, and for use by other academic institutions.’

• The species H. duvaucelii was named after Alfred Duvaucel, a French naturalist.
• Predation by introduced mammals led to a huge fall in numbers.
• Females do not lay eggs but give birth to live young.
• Hoplodactylus duvaucelii may attain a total length (including tail) of up to 30 cm (12 in), with a snout-to-vent length (SVL) up to 16 cm (6.3 in), weighing up to 120 grams (4.2 ounces).
• It is the largest living gecko in New Zealand.
• Duvaucel's gecko is a heavy-bodied lizard with a large head, with long toes and expanded pads. Its colouration is mainly grey/green.
• H. duvaucelii is nocturnal.
• 34 of the 50 geckos released were thought to be pregnant.
• Anyone who sees pests on the islands should contact 0800 DOC HOT or pest@projectislandsong.co.nz.