A first for Pūkaha and the Wairarapa - 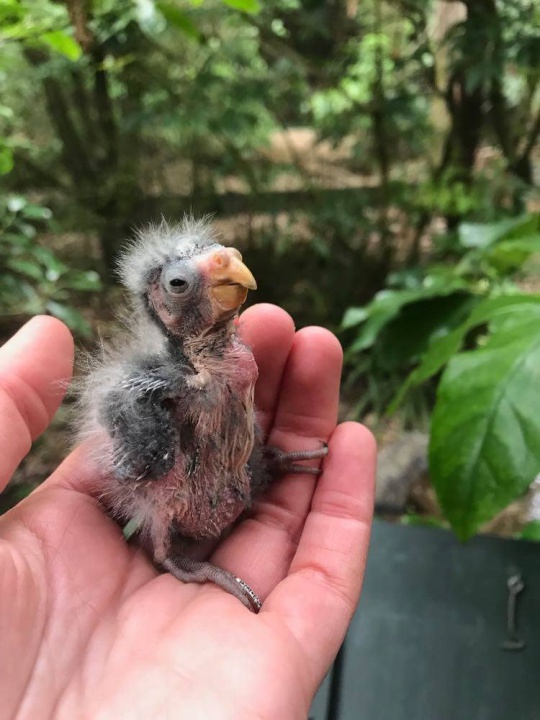 Mount Bruce, Masterton: Pūkaha National Wildlife Centre has managed to breed New Zealand’s most endangered parakeet for the very first time. Four orange-fronted kākāriki (he kākāriki karaka) chicks were hatched at the centre in late February from the centre’s sole captive breeding pair. All have survived through to adulthood and will be released into the wild in the coming months. It is the first time Pūkaha has had success breeding the parakeets. Just 300 orange-fronted kākāriki are thought to exist. The majority are in wild populations found only in four beech forest valley locations in New Zealand’s South Island.

Much of the breeding success has been credited to Tara Swan, a captive breeding ranger at Pūkaha who has a special affinity for birds. She puts the success down to paying very close attention to detail. “I knew Pūkaha could breed these parakeets”, she said. “We have the facilities and expertise, but in order to achieve breeding success we had to really unpack what we were previously doing and look closely at the minutiae of behavioural observations that the parakeets were giving back to us. Only by noticing these could we then make small adjustments that we felt could make a difference”. One such change was making the diet more species specific which included a higher proportion of seeds and natural fruits. Swan said “Seeing such rare parakeets thrive under their new diet was a game-changing moment. We are absolutely thrilled to now be able to contribute to the national conservation of this critically threatened species”.

The announcement marks the end of Pūkaha’s captive breeding of red-crowned kākāriki (he kākāriki whero) that started seven years ago. Swan said, “the wild populations of these parakeets have been recovering really well in recent years, so we felt we no longer needed to contribute to their ongoing population recovery”. The wildlife centre will release their entire population of red-crowned kākāriki – currently 10 individuals - in July this year at Cape Sanctuary Maungatapu, a predator-free fenced reserve in the Hawkes Bay.

Pūkaha will instead focus on breeding the much more endangered orange-fronted kākāriki and the near-threatened (population decreasing) yellow-fronted kākāriki (he kākāriki kowhai) which were once thought to inhabit their forest reserve in great numbers.

About Pūkaha: Pūkaha National Wildlife Centre is a wildlife reserve and captive breeding facility managed by the Pūkaha Mount Bruce board in partnership with Rangitāne o Wairarapa and the Department of Conservation. Through captive breeding, they have successfully reintroduced North Island Kākā, North Island Brown Kiwi and North Island Kōkako into their unfenced forest reserve (formerly part of the original 70 Mile Bush). Pūkaha aims to educate and inspire the general public about conservation and New Zealand wildlife through their Visitor Centre, daily talks and educational programmes. Pūkaha also works with whio (blue duck), pāteke (brown teal), and kākāriki.