Three Hawke’s Bay companies have been fined a total of $37,840 in the Hastings District Court, after prosecutions taken by the Hawke’s Bay Regional Council. 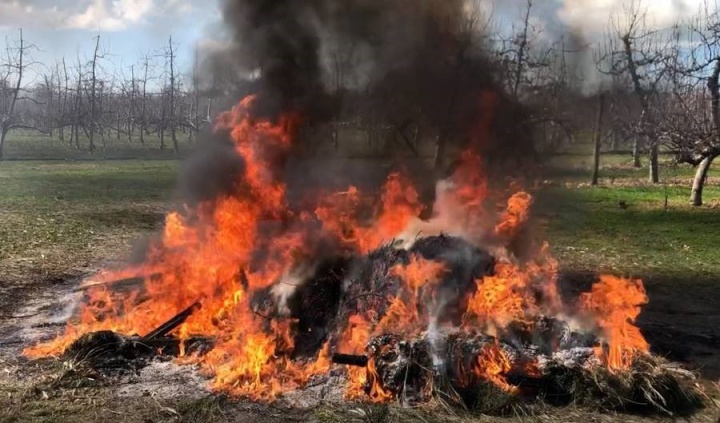 These three recent sentences bring the total amount of fines so far this year to $125,090. Last month Hawke’s Bay dairy company, Maxwell Farms Ltd, was fined $48,750 for illegally discharging 80,000 litres of effluent into a stream which turned it green. In February Hawke’s Bay Protein Ltd was fined $38,500 for illegal odour discharges.

Johnny Appleseed Holdings Ltd has been fined $14,400 after an illegal spray drift of a hazardous agrichemical hit a cyclist.

A spray operator employed by the defendant was spraying the orchard with a fungicide called BRAVO WeatherStik which is classified as hazardous and came into contact with a cyclist who was riding on a path adjacent to Otene Road in September last year.

The cyclist was struck on the right side of his body, with spray drift landing on his skin, clothing and face. This caused discomfort to his face, eye and arm for about 12 hours following the incident.

It’s the second prosecution for the company in four months, after it was fined $14,000 for a similar incident last year.

Campbell Ritchie Agnew, a Clive orchardist, pleaded guilty to illegally burning plastic on an orchard property he owned in September last year. He was fined $11,200.

He lit a fire to clear a property for sale which included rolls of polypropylene bird netting. Polypropylene is a plastic and it is prohibited to burn it. The property is in the Hastings airshed. The fire produced thick black smoke in a rural residential area.

Judge Dickey said in this case it is clear that Mr Agnew’s actions were quite deliberate in the sense that he knew he was placing plastic onto the fire.

Daniel Sankey, owner of Greenleaf Nurseries in Clive, pleaded guilty to burning prohibited items at the property in August 2020. It is adjacent to several houses and next to the Kohupatiki Marae. He was fined $12,240.

Supporting documents from the Regional Council showed the combustion products from items found in the illegal fire, for example plastics, and treated timber, are likely to be strong irritants, asphyxiants and potential carcinogens.

“To uphold these values, we unfortunately have use the court to enforce the rules to protect the health of our environment and our community.”

She says there is no excuse for illegal burning.

“The Regional Council’s website contains information in relation to burning including what you can and cannot burn and when. A person can simply put their address into the online tool to see whether their property falls within an airshed that limits what times of year outdoor burning can occur. Visit hbrc.govt.nz and search #burning,” she says.

If any member of the public has information regarding unauthorised discharges to land, air or water they should contact the Council’s 24/7 Pollution Hotline on 0800 108 838.