Masterton Police are appealing to the public for information following a robbery at a petrol station in Masterton. 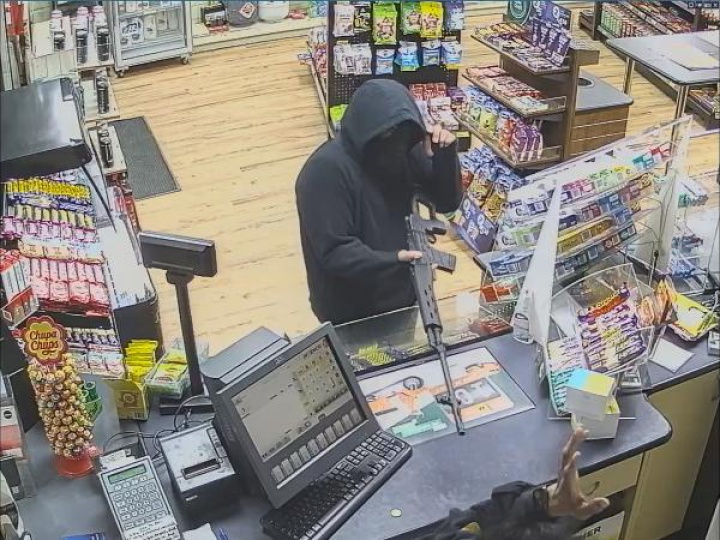 Two people entered the BP petrol station on Chapel Street shortly after 9pm on Wednesday, August 4, dressed in dark clothing and with their faces covered.

The pair threatened the employee with a firearm and demanded cash and cigarettes.

They left the BP and headed towards Renall Street and then possibly west towards Pownall Street junction.

The offenders are described as being male, Māori and between 20-25 years old.

The firearm they presented during the robbery is a distinctive rifle and someone may recognise it.

We urge anyone in Pownall Street who has CCTV or anyone with information regarding this incident to please contact Police.

This was a frightening incident for the shop worker who was alone at the time of the robbery.

Police are also keen to speak to the driver of a car that drove past the pair immediately after the robbery took place.

Anyone with information that may assist Police with their inquiries is urged to call 105 and quote the file number 210805/2963.