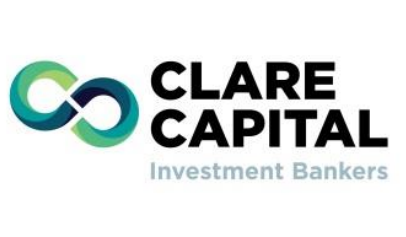 PAY operates under a Software as a Service (SaaS) business model where the customers/merchants pay a monthly recurring revenue for access and use of the centrally hosted software. This SaaS business model is beneficial to both: The Company; and the customers/merchants. The Company benefits from strong month-ly recurring revenue streams and the relative ease of scalability, the customer/merchant benefits from lower up-front costs and by subscribing to a product whose up-keep remains the responsibility of those who de-veloped it.

PAY is a growth story

Currently PAY is forgoing near term profitability to add long-term value via acquiring “long-lived” customers which provide a strong recurring revenue now and into the future. PAY has significant potential, however continued strong execution is required.

PAY will appeal to those that understand the risks and rewards of a growth story.

PAY raised NZ$11.7 million in capital. Successfully acquired and integrated the Run The Red business. Listed on the NZAX and experienced a >200% increase in the listing price in six months. For the 12 months ending December 2014 PAY increased customer/merchant numbers by almost 500%, while at the same time increasing the average monthly recurring revenue received from each customer/merchant.

Although for a short period, PAY has a track record of achieving the targets it announces to the market. The most recent guidance given by PAY is for a further 50% increase in customer/merchant numbers for the 3 months to 31 March 2015, continued high retention rates and monthly ARPM trending towards $300 in the medium term.

Given recent track record, it is expected that these targets will be achieved.

A current key focus for PAY is its mobile commerce products for the US Faith Sector, providing a niche product offering to a large market opportunity.

PAY has a current share price of NZ$3.10, our Core Scenario places a current valuation PAY at NZ$3.64 per share. If there is continued successful execution the share price could break NZ$4.00 in the next 12 months.

Importantly, PAY’s product offering is not restricted to the US Faith Sector and the company has plans to expand into other countries, this has the potential to increase The Company’s valuation as and when this occurs.

Continued strong growth in customer/merchant acquisition is key for PAY. We expect The Company will raise additional capital in the next 12 months to fund this growth strategy. Our valuations assume that The Company accesses this required additional capital – an assumption which seems fair given the track record of PAY’s capital raises to-date.

We believe The Company would benefit from a significant proportion of this additional capital coming from outside of the core existing shareholders to help reduce the tightly held nature of the shares.

A move to the main board will provide PAY with more exposure to the capital markets and ultimately in-crease the liquidity in the stock.

Clare Capital is a corporate finance advisory firm built on a base of structured fundamental analysis. We provide creative solutions for both origination and analysis mandates and we have a track record for the successful execution of commercial transactions.