Community Hall up for grabs with sales proceeds to charity


St John and other charities are likely to be the beneficiaries of the sale of a senior citizens hall in Blockhouse Bay.

The property at 522 Blockhouse Bay Rd, on the corner with Exminster St, has been owned and occupied by the Blockhouse Bay Senior Citizens Association for over 50 years. But dwindling use of the building by older people has prompted the association to sell.

Vice president Ray Warren says the association’s constitution requires the proceeds of the sale to be spent in and around the area for the benefit of senior citizens.

“The intention is to support the good work that St John and other charities do in the community, particularly in coming to the aid of elderly people. One option under consideration is funding the purchase of an additional ambulance for the elderly to be based at St John’s nearby New Lynn station. The association would then decide what to do with any remaining proceeds from the sale.”

Mr Warren says the building was constructed for the association in the mid 1960s by Keith Hay Homes from funds donated locally.

“In those days Blockhouse Bay was somewhat isolated from other parts of Auckland, with bus services few and far between, and it was felt important to have a community hall where older people, particularly those living on their own, could gather for companionship. In its heyday, the hall was very well patronised, with standing room only at major events such as the annual Christmas party.”

However, with more elderly now living in retirement villages and apartment buildings which have their own community facilities and churches providing more activities and support for ageing congregations, Mr Warren says it’s the end of an era for senior citizens halls.

Bayleys Real Estate has been appointed to market the property which is up for tender, closing at 4pm, Tuesday December 3.

It comprises a 186 sq m single-level building consisting of an open plan hall plus a large well equipped kitchen, office and amenities, with underfloor storage accessed from the rear.

]The hall is located on a 336m² site zoned Business – Local Centre with five car parks located at the rear of the building currently accessed from Exminster St.

Bayleys senior broker Mike Adams says there has been good interest in the building, mainly from other community organisations, but with some enquiry also from local businesses looking at converting the building to commercial premises because of its well-located corner position in the town centre

“Seldom does the opportunity arise to purchase commercial property in central Blockhouse Bay. This is a well presented and adaptable building with appeal to a wide range of potential purchasers including special interest groups, owner occupiers, investors and developers.”

Mr Adams says the building benefits from excellent natural light and could suit a church, a dance or yoga studio, various exercise or fitness businesses, education and training providers as well as retailers or service businesses wanting a high profile presence on a major road.

The property is part of the main retail precinct of Blockhouse Bay which includes a Countdown supermarket, a Caltex service station, veterinary centre, library, banks, cafes, a pharmacy and other smaller shops and professional offices.

The building is located next to Auckland Council’s Blockhouse Bay Community Centre and a council owned kindergarten and is close to the major roundabout intersection which connects Blockhouse Bay Rd with three streets, including two other major arterials.

The Local Centre zoning under the Auckland Unitary Plan applies to a large number of small centres throughout Auckland generally located in areas of good public transport, Mr Smit says.

“The zone primarily provides for the local convenience needs of surrounding residential areas, including retail, food and beverage, offices and commercial and community services. It typically enables buildings up to four storeys high, with commercial activities at street level and residential on upper floors.

“Any new development requires assessment and resource consent so that it is designed to a high standard which enhances the quality of the centre’s streets and public open spaces.” 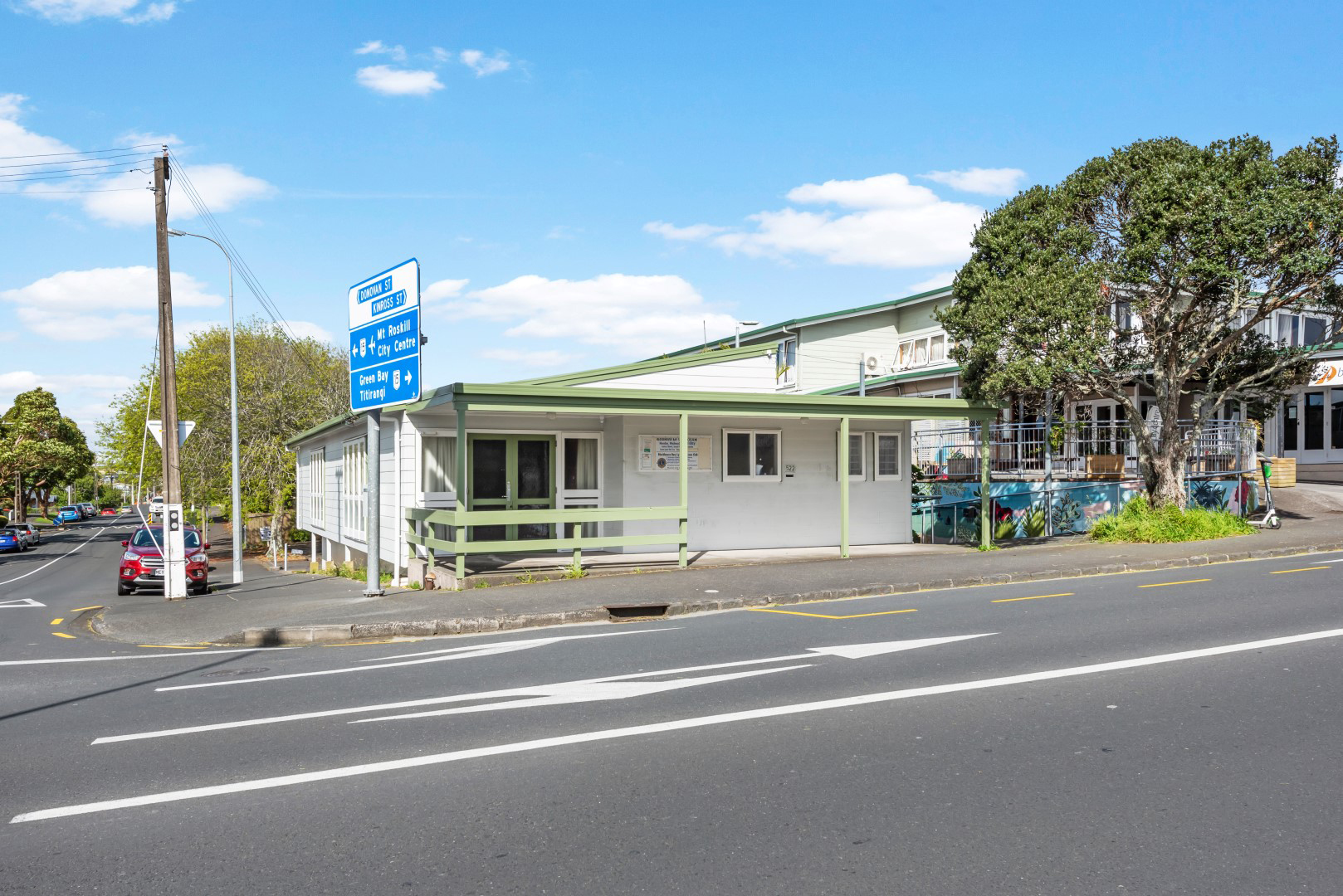