Kiwi Collectables go Under the Hammer


Kiwi Collectables go Under the Hammer from Edmund Hillary, Janet Frame & The Beatles

Beatles arriving for their tour of New Zealand 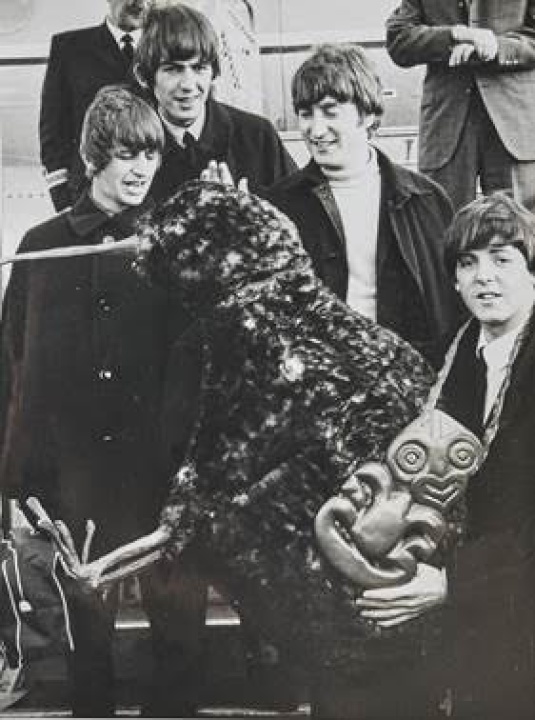 (4 December 2019, New Zealand) On Wednesday 11 December a collection of items celebrating all things New Zealand will come under the hammer at Webb’s auction house in Auckland.

Showcasing a snapshot in New Zealand art and design across the disciplines of paintings, prints, photography, studio ceramics, design and artefacts, ‘Made in Zealand’ offers the perfect opportunity to acquire pieces by some of New Zealand’s most celebrated and sought-after artists and makers.

Highlights include a small collection of photos focusing on Sir Edmund Hillary’s first ascent of Mt Everest in 1953. Offered is an important photograph taken by photographer Alfred Gregory of Hillary and Tenzing Norgay at 28,000 feet, which is signed by Hillary himself with a pre-auction estimate of $10,000 - $12,000. And another of note is a photo taken by Hillary himself featuring the footprints of Tenzing & Hillary coming down the summit ridge of Everest at the infamous ‘Hillary Step’, the photo is also signed by the late Hillary on the reverse.

An object of fascination is a desk that belonged to New Zealand’s most celebrated writer Janet frame, this desk comes with a charming letter of provenance, noting how Dunedin born Frame had moved to Avondale, Auckland in 1995 and was without a desk, but had a massive billiard table and swapped that for this very writing desk.

Before he became one of New Zealand’s most enigmatic and successful living artists Bill Hammond began his artistic career as a toymaker at The Atlantis Market in Christchurch in the 1970s. He created a figure puppet which traded as payment for some boots with a fellow market stall holder. The owner notes “my workers laughed and told me I'd been ripped off,” it’s now being offered with a pre-auction estimate of $2,000 - $3,000.

A charming snapshot of Beatlemania comes in the form of a June 1964 photograph of the Beatles arriving for their tour of New Zealand at Wellington airport being greeted by 7,000 screaming fans. Paul McCartney is adorned with an oversize hei tiki and brandishing an enormous toy kiwi with John Lennon, Ringo Starr and George Harrison looking on. The image originally featured in the Dominion Post, but the photographer is unknown, and it has a pre-auction estimate of $500 - $800.

Also offered are furniture pieces by Austrian-New Zealand modernist architect Ernst Plischke, his work made an important contribution to post-war New Zealand architecture and design. He played a pivotal role in introducing the emerging International Modernist style of his homeland to the conservative New Zealand public.

To view the full catalogue of 201 lots, visit https://auctions.webbs.co.nz/m/view-auctions/catalog/id/211?page=1