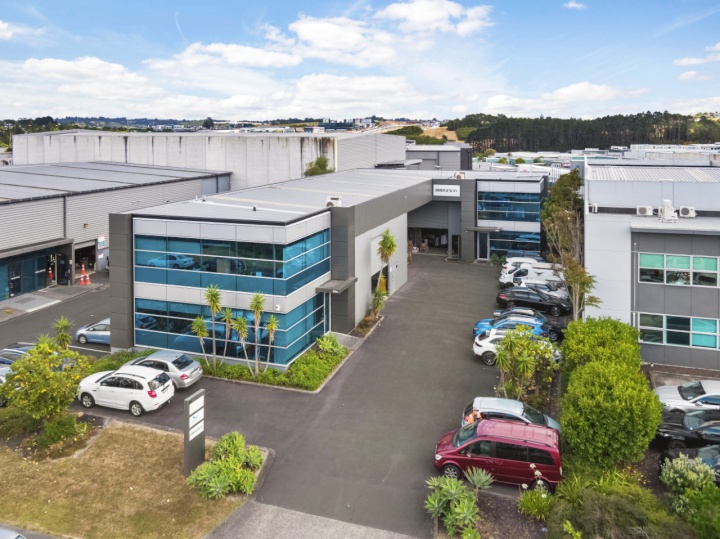 An industrial property in Arrenway Drive, Albany sold at a 3.93% yield at Bayleys’ first Total Property auction for 2020.

Over two thirds of the commercial and industrial properties offered for sale in Bayleys’ first Total Property portfolio auction in Auckland last week found buyers despite the upheaval occurring in investment markets as a result of Covid-19.

A total of 17 out of 25 offerings in Auckland on Wednesday, March 11 sold at a total value of just over $27 million with four out of five properties also selling under the hammer in Wellington the next day.

“We went into the auction with a certain amount of trepidation given the turmoil in equity and bond markets,” said Bayleys’ Auckland commercial director Lloyd Budd. “But we ended up with a great result for our vendors which once again reinforced the attraction for investors of bricks and mortar as a defensive asset class in turbulent times.

We had one of our biggest crowds in recent years for the Auckland auction, with bidding on all but two of the Auckland offerings and a sizeable number of observers who came along to check out what the market was doing.”

Budd said six of 11 fully leased tenanted properties sold at yields of less than five per cent. “This was a clear indication that the market had already factored in further interest rate drops which was confirmed by the Reserve Bank’s three quarters of a percentage point cut to the OCR (Official Cash Rate) on Monday.”

The lowest yield was 3.93 per cent for two adjoining industrial units at 36 Arrenway Drive in Albany. The units built in 2004 were sold by Laurie Burt and Matt Mimmack as one lot for $3.26 million at $4598 per sq m on their combined floor area of 709 sq m.

Burt said the offering was in a sought-after location adjacent to Interplex business park and was a standalone two-unit development with its own underlying land holding which increased its attractiveness to investors. One of the units also has a rent increase in May which will increase the net income return to 3.99 per cent.

Attracting the most bids at the auction was a small retail unit located at 254 Lincoln Rd, Henderson. The 96sq m shop which has a three-year lease from February 2019 to a vaping retailer and comes with one allocated car park plus a share of common parking sold at well over its reserve for $522,000 at 4.98 per cent yield through Matt Lee and James Chan.

Part of a fully leased nine-unit retail complex with frontage onto Lincoln Rd, close to the corner with Universal Drive, the property was declared on the market at $400,000, meaning its reserve price had been met. Over 80 further bids then followed, many of them $1000 increases, which pushed the final price up a further $122,000.

Chaudhary says the units are part of a recently completed development by Argyle Estates Ltd, anchored by a McDonalds drive-through restaurant, on a high-profile corner site at the intersection with Mt Wellington Highway.

Some of the other fully leased investment properties to sell were:

Cameron Melhuish, who marketed the property with Ben Wallace, says the latest big fall in the OCR could add further impetus to the recent trend of more businesses borrowing to buy premises rather than renting.