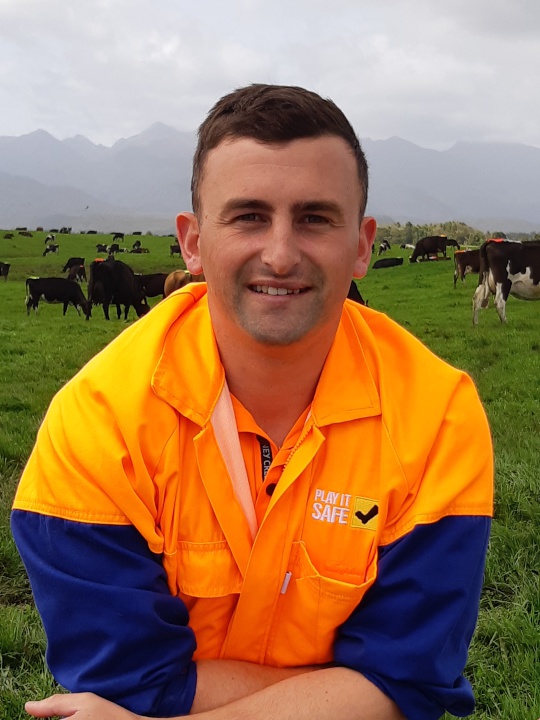 Jack Raharuhi from Pāmu Farms in Westport, and Ahuwhenua Young Maori Farmer of the Year 2016, has been crowned the 2020 Zanda McDonald Award winner.

Raharuhi, 27 years old, is the Buller Dairy Group Operations Manager for Pāmu, where he oversees 4 dairy farms and a machinery syndicate at Cape Foulwind, and Health and Safety leadership for 10 dairy farms. He is also Chair of the West Coast Focus Farm Trust, and heavily involved with training and mentoring staff as part of the West Coast 2IC Development Programme.

The annual Award, regarded as a prestigious badge of honour by the agribusiness industry, recognises and supports talented young individuals in the ag sector from Australia and New Zealand. It was launched in 2014 in memory of Australian beef industry leader Zanda McDonald, who died aged 41 after an accident at his Queensland property in 2013.

In an unprecedented turn of events, due to the recent postponement of the Platinum Primary Producers (PPP) Conference, the announcement of the Award winner was broadcast today via video on social media by Zanda McDonald Award Chairman Richard Rains.

Mr Rains, says “As judges, we were impressed with Jack from the moment we first interviewed him. He is doing some amazing things to develop, coach and mentor his team, and has a natural leadership style that is inspiring and compassionate. We can’t wait to see what’s next in store for Jack, and look forward to developing his tailored mentoring package with him, which will really help take his career to the next level.”

Raharuhi was “over the moon” to have received the Award, and is particularly excited about spending time with members of the PPP Group, the network of over 150 of Australasia’s influential agri-business men and women, of which Zanda McDonald was a foundation member.

“It’s just such an incredible honour to win this award. I’m really excited about the insights I’ll get into some of the best agriculture companies in the industry,” says Raharuhi.

Raharuhi was named as a finalist alongside fellow kiwi James Robertson, 23, Technical Assistant Co-operative Affairs for Fonterra and FMG NZ Young Farmer of the Year 2019 and Australian Dr Elle Moyle, 29, District Veterinarian for Agriculture Victoria, and a 2020 finalist in the Cattle Council Rising Champion initiative.

The Award, sponsored by Allflex, Pilatus, CBRE Agribusiness, Westpac, Te Mania Angus Australia and MDH, sees Raharuhi receiving an impressive professional development package which includes a mentoring trip to farming operations and businesses in Australia and New Zealand, media training, $2,000, and membership to the PPP Group. Raharuhi will travel by a Pilatus PC-12 aircraft to parts of his mentoring trip, enabling him to reach diverse and remote farming operations on both sides of the Tasman.