Retail property of top fashion designer placed on the market 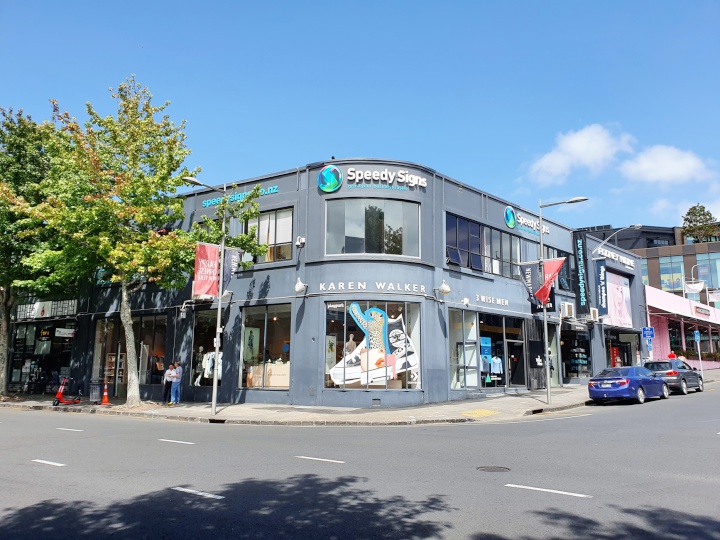 A prime corner retail property which has seen the rise of one of New Zealand’s most internationally-renowned fashion brands – worn by the ‘queens of pop’ and a US First Lady – has been placed on the market for sale.

The ground floor commercial unit at 6 Balm Street, in the premier retail hub of Newmarket, Auckland, has been leased to leading global fashion label Karen Walker for the past 27 years – since the early years of what would become an international fashion empire.

The property, which is on the market for the first time in 16 years, comprises a high-profile corner retail unit leased to the fashion brand, generating annual net rental of $83,000 plus GST per annum, plus a small accessory unit which comprises two vacant car parks.

Karen Walker, which has outfitted some of the world’s biggest names, from Madonna to Michelle Obama, currently occupies the property on a two-year lease expiring in September 2021, with four further two-year rights of renewal extending to September 2029.

New Zealand-born Karen Walker launched her fashion label in 1988 and quickly established herself and her brand among the world’s most prominent fashion names – showcasing her work at the Balm Street site from about 1993. Her innovative label specialises in designer fashion, also extending to accessories such as jewellery and sunglasses.

The label has six stores located across New Zealand and is now located in 35 countries, 200 cities and 1,000 stores globally – including Barneys New York, Liberty London and Harvey Nichols.

The unit at 6 Balm Street, which is a Stratum in Freehold title, is now being marketed for sale by Bayleys Auckland Central.

The Balm Street property had undergone a variety of renovation and alteration works over the years, and was converted into separate strata unit titles in 1993, said Mr Chan.

It was zoned “Business – Metropolitan Centre”, which provided for a wide range of activities including commercial, leisure and high-density residential.

“The street-level unit for sale has dual frontages onto Balm and Nuffield streets in the heart of Newmarket’s retail and business precinct. It occupies a prime site in an area which has built a reputation for having Auckland’s highest pedestrian volumes outside the central business district,” said Mr Chan.

He said the property was within walking distance of the newly-redeveloped $790 million, seven-storey 277 Westfield Shopping Centre – Westfield’s biggest development in Australasia, which had added further to foot traffic in this traditionally bustling retail precinct.

Public transport amenities, including Newmarket Train Station – New Zealand’s second-busiest with 17,000 passengers per day – were also located within a short walking distance of the Balm Street site, he said.

“With a long-established tenant of international standing, in one of the best locations in one of New Zealand’s premier retail and business precincts, this is a trophy investment opportunity for a passive investor in retail real estate.”

Mr Chan said the two upstairs car parks which formed part of the property were accessed via a ramp along Nuffield Street, and provided additional future options for new investors.

“Currently unoccupied, these car parks offer further add-value income potential. The increasingly tight supply of parking in city-fringe locations such as Newmarket would lend itself to new opportunities to lease these to individual workers, or retail or office businesses concentrated in the surrounding area.”