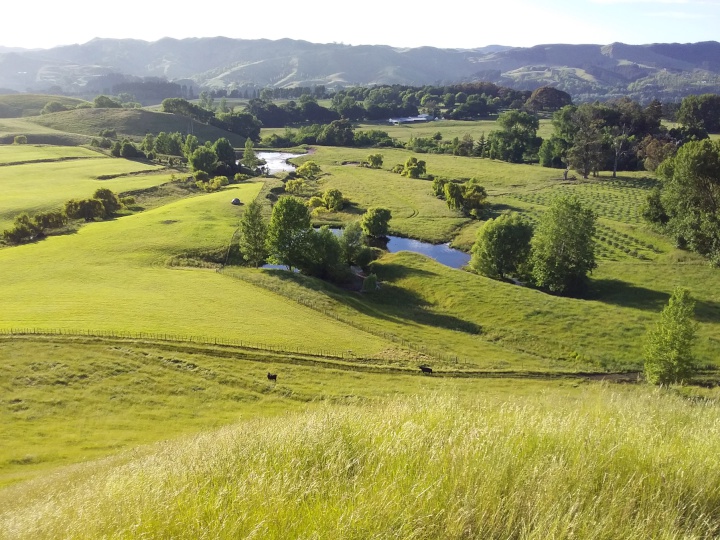 View from the hill

Located safely at the bottom of the globe between Antarctica and Australia is the jewel of the pacific. Fewer than 5 million English-speaking ‘Kiwis’ inhabit a natural wonderland.

The United Kingdom is the same size but is crowded with 14 times more people. New Zealand is nearly twice the land area of New York but approximately
one-fourth the population.

Until recently it was a place the rich and famous bought property in case the rest of the world “became a box of birds”. However this year the country closed its doors and it is quite challenging to obtain permission to purchase property.

Andrew Martin, the founding chairman of both Smartfood inc and Annies inc in the U.S. became a Kiwi 20 years ago. He purchased Tauroa.com which has been described as a “Faberge Egg” of New Zealand property because it is a magnificent 700 acre sustainable organic farm, fruit orchard and nature preserve in Havelock North.

New Zealand has ample, and exceptional quality natural food and fresh water with a mild climate. People may not be able to choose from 40 brands of refrigerators, but they aren’t out to impress anyone with the fanciest new model.

Even the government is civilized and encourages multiple diverse opinions. New Zealand is the first country to give women the vote. Yes, there is some crime but few police carry, and very few citizens own, guns.

New Zealand is two large and several smaller islands. Andrew is retiring and selling Tauroa farm in the North Island to move to the south.

“We have enjoyed the north for 20 years, now it’s time to retire and explore the South Island,“ he said.

George Soros has called the NZ dollar “The Swiss franc of the Pacific”. A stable currency, well run government, and a strong egalitarian culture are reflected in the
strength and beauty of the ‘Kiwi culture’ and people.

“It is almost hard to believe a place like New Zealand still exists in this mad world. Well, it does. Just Don’t tell anyone,” says Mr Martin.