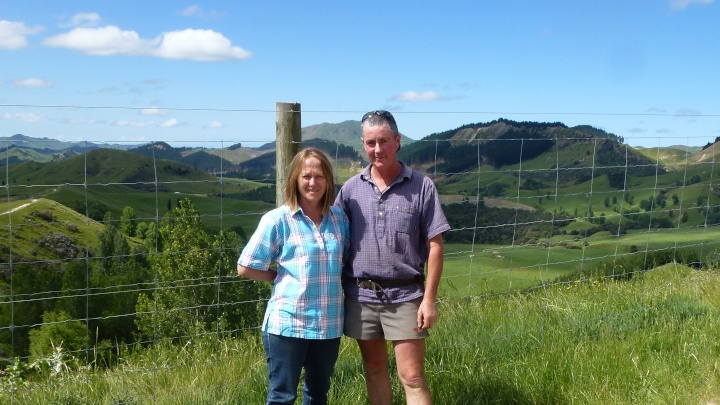 The Covid-19 lockdown has prompted organisers of New Zealand’s most prestigious farm awards to take an innovative approach when recognising this year’s top farmers.

The Ballance Farm Environment Award’s ceremony schedule was interrupted by the country going into lockdown on March 23, after the announcement of only two regions’ winners, Canterbury and East Coast.

“We were determined to keep up the recognition of our other nine regional winners, even if it meant we had to do away with the ceremony and occasion that accompanies it. So we will kick off on April 22 with our first “on line” ceremony, for the Horizons region,” says James Ryan, general manager for award backers the New Zealand Farm Environment Trust.

The occasions will be marked every Wednesday at 7.30 pm with regional award announcements on YouTube running for about 40 minutes. It will be possible for anyone interested to ‘attend’ the virtual event by joining via the award’s Facebook page.

“Of course, we would all prefer to celebrate these special events with the usual social occasion. But this is the next best option and we believe it’s really important now more than ever to showcase our food-producing farmers.”

Four weeks of lockdown have highlighted the critical role New Zealand farmers play not only in feeding New Zealand but in generating valuable export income that many countries have lost over the crisis.

“This income is going to be even more critical than ever and there is a real appreciation there among New Zealanders about farmers’ value. We believe for this reason we may find there is even greater interest in the awards this year, from a wider urban audience,” says James.

Once again, the awards have been characterised by a high caliber of entrants who have committed their farm businesses to set new standards proving exceptional environmental management can be compatible with commercial success.
The winners already announced include Evan and Linda Potter, the East Coast regional winners announced in early March.

Further south this year’s Canterbury winners announced on March 11 were Tony Coltman and Dana Carver of Canlac Holdings, a dairy operation that has made substantial steps to reduce its nitrogen footprint by 50 percent.

Bayleys is a key supporter of the awards, sponsoring the regional “People Award”, also won by the Potters on the East Coast.
Bayleys national director rural, Duncan Ross says it is a privilege to be able to contribute to the awards and to recognise the invaluable role farm staff play in award winners’ success.
“Many farmers have been working hard, keeping their heads down and dealing with the raft of regulations coming their way.

“With Covid-19 they have good reason to hold their heads high knowing they and their staff will be contributing hugely to New Zealand’s recovery, now and for many years to come,” says Duncan.

As many New Zealanders face uncertain employment prospects, the opportunity to reward those award entrants who have displayed excellence in staff management will do much to draw new people to the sector.

“These winners highlight the real benefits and rewards that go with being part of a team motivated by operators who are passionate about looking after the land, and having a great farm business,” he says.

Each of this year’s regional supreme winners from the 11 regions will also be in the running for the ultimate awards trophy, the Gordon Stephenson Trophy.

James says this year’s supreme award will still be announced, but the exact date has yet to be determined.

“Because it is a very prestigious event, we do still want to hold it at a venue, but at this point in time, a date has still to be set. Nevertheless, we know there will be an intense level of interest in what is a highly coveted award within the New Zealand farming scene.”

The award organisers are also hoping to be able to catch up with past award winners, to see how they have progressed on their sustainability journey over the years, and how they have coped during the Covid-19 crisis.

“For the first time in a very long time food security has become a big issue, and these awards help highlight how important our farmers are, and how much they care about the land they rely upon,” says James.

New government support will enable on-board cameras to be rolled out further across the inshore fishing fleet. “Wider use of on-board cameras will enhance New Zealand’s reputation as a producer of premium, sustainable, and trusted seafood,” said Fisheries ... More>>