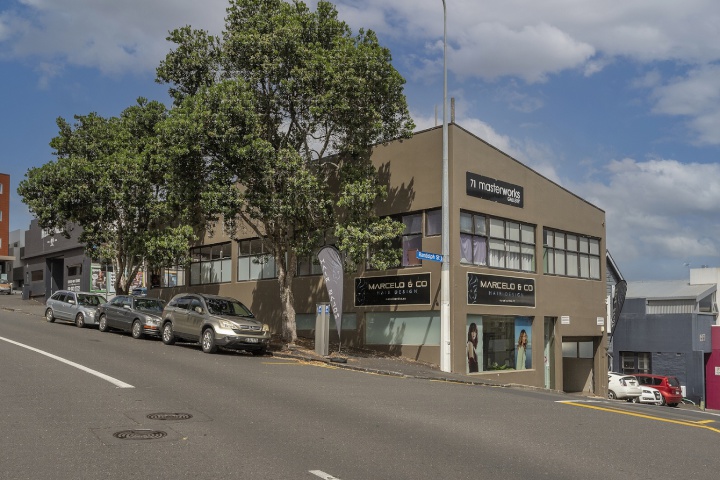 Alan Haydock, director of Bayleys Real Estate’s Auckland City & Fringe team, said the historic precinct on the city’s southern fringe incorporating Eden Terrace and Newton was undergoing a rapid revitalisation as sites were redeveloped to make full use of their 21st century potential.

A CBD and city fringe specialist with over $1 billion in property sales spanning two decades, Haydock said a number of evolving market factors were adding new life to the precinct and changing the face of an area which has repeatedly transformed itself since Auckland’s earliest days.

A flurry of sales activity was seeing owners of smaller commercial and light industrial properties cash up and pass the baton to developers to progress new projects.

“The logical option is intensified residential, or in some instances character office developments, which better utilise a site’s potential – and we’re seeing these projects play out across the precinct,” Haydock said.

“Vendors are often small investors, such as retiring ‘Baby Boomers’, who recognise the add-value or development potential of their property – but may lack the personal resources, expertise or inclination to tackle the required work. Many are now taking the opportunity to cash up and sell to those who can.”

Among the drivers of change in the area is construction of the City Rail Link (CRL). The Eden Terrace/Newton precinct will be served by two key stations on the CRL, which are expected to stimulate residential and mixed-use intensification in surrounding areas.

Haydock said this stimulus was being amplified by other factors, including an evolution of the office and residential property markets as Covid-19 accelerates moves towards a more dispersed workforce and working from home. This was lifting demand for smaller offices outside the CBD and in some cases conversions of older office stock to housing.

“Adding further to the impetus for change is the prevalence in the Eden Terrace and Newton areas of zoning supportive of intensification with multi-storey residential and mixed-use projects,” said Haydock.

The Business – Mixed Use zoning that underlies much of the precinct allows for new residential accommodation projects along with mostly smaller scale commercial uses.

One of Auckland’s oldest and smallest suburbs, Eden Terrace was established as a district in 1875 when farmland was subdivided to provide housing for early settlers.

Much of the area later became a focus for light industrial and commercial activities, and this has left it with an abundance of smaller standalone buildings, typically of one to three storeys.

A modern-day revival sees it increasingly sought after as a place to live, on the doorstep of the CBD and entertainment and amenity-rich locations such as Mt Eden, Ponsonby and Newmarket.

In recognition of the area’s potential, Auckland Council has developed the Newton and Eden Terrace Plan 2016-2046 to promote continued development.

“Today’s flexible and intensive zoning allows for redevelopment of existing properties on a significant scale – and this is triggering a step-change in the value owners and would-be developers are seeing in these city-fringe sites,” said Haydock.

“Owners of existing commercial buildings are now seeing opportunities to capitalise by selling what might be a relatively modest C-grade building, to allow specialist developers and add-value investors to optimise what are now recognised as under-developed sites.”

A 750-square metre building on a 753 square metre landholding is listed for sale at 4-6 Dundonald Street. Less than 10 minutes’ walk from Mount Eden Station, this is currently part-leased to a commercial tenant, with available space comprising showroom, live/work or boutique office areas.

Just across the road, the Bayleys team recently secured the unconditional sale of a 313-square metre warehouse on 612 square metres of land at 9 Dundonald Street.

Haydock said this was an older panel-beating premises which was no longer fit for purpose. It had been on the market for a while, but in recent times, with the very low interest rates, the market had caught up and it now presented itself as a viable redevelopment opportunity with a good underlying land value.

Three other properties for sale are clustered together on New North Road within a few hundred metres of a new Mt Eden CRL Station entrance. They can be tendered for individually, or together as one development opportunity, and comprise:

A character office in a former hall being offered for sale with vacant possession at 44 New North Road. The approximately 324-square metre building sits on some 309 square metres of land.

Adjoining this on the corner with Korari Street, at 52 New North Road, a 1970s commercial building offers some 172 square metres of office/workroom space over two levels, on a 268-square metre site. The lower level is leased until 2022, generating net rental income of $40,000 plus GST.

Further afield, at 71 Upper Queen Street, a two-storey 267-square metre building on a 266-square metre corner site is being marketed for sale. It is fully leased to a hairdresser and an art gallery, returning net annual income of $72,443 plus GST – with buyer interest reflecting its future development potential, a short walk from the planned Karangahape CRL station.

“Each of these properties share similar, sought-after attributes,” said Haydock.

“As well as being close to the CBD and CRL stations, they all boast standalone freehold title with possibilities maximised by Business – Mixed Use zoning.”

This zoning usually allows buildings up to a height of 18 metres, but this rises to 32.5 metres at the Upper Queen Street site thanks to favourable site-specific variations and overlays.

“Properties like these are increasingly being seen by vendors and buyers no longer just for what they are now, but for the value that can be realised through redevelopment,” said Haydock.

“A number are home to existing retail or commercial tenancies, which provide useful holding income for a land-banker or developer as they plan future projects.”

Haydock said another source of opportunities was the conversion of secondary office space for residential accommodation.

“This is a trend that was already underway in central parts of the city but it has likely gained impetus in the wake of the coronavirus. Making use of existing buildings will often offer significant cost efficiencies over greenfield construction.”

Eden Terrace had seen the high-profile repurposing of a commercial building on Exmouth Street into the mid-rise Citizen residential complex, which was completed by the Urban Collective.

The same developer is behind a recently completed multi-level apartment building at 59 France Street, in an area once dominated by warehouses and workshops.

“Its established interest in this area is indicative of the big go-forward we’re seeing in residential developments – and this is only likely to accelerate as the CRL opening nears,” said Haydock.

Expected to open in 2024, the CRL will greatly improve links to and from the CBD and across the city - more than doubling rail capacity and doubling the number of Aucklanders who live within a 30-minute commute of the central city.

A redeveloped Mt Eden Station will connect the new link from Britomart to the rest of the rail network. Its Ruru Street entrance will provide convenient access to properties close to the major arterial of New North Road.

A new station at Karangahape Road with an entrance on Mercury Lane is expected to stimulate commercial real estate activity in an area already considered by many to be underdeveloped given its central location.

This includes housing for 2,300 residents within the station area. There is another 16,000 square metres of identified development potential on adjacent land owned by CRLL.

Karangahape Station will have an over-station development, on a site with some 2,600 square metres of developable land owned by CRLL.

Psychic Ventures: US Consumer Spending On Video Games Jumped By 42% In Jan 2021

On a global scale, there was a 15% increase in digital games revenue in January 2021, pushing the total to $11.6 billion.
In the US, gaming revenue rose to an impressive high during the month thanks to the new generation of consoles. ... More>>