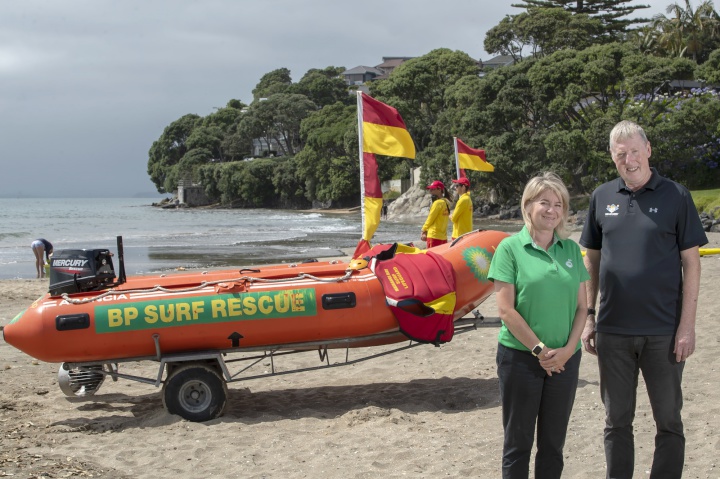 Today, BP has announced the return of its campaign, Every Litre Counts, to help keep New Zealand beaches safe. For every litre of fuel sold at BP retail sites nationwide before Sunday 16 February, BP will make a donation to Surf Life Saving New Zealand (SLSNZ).

This comes as new figures show that there have already been 12 beach drownings in the water since patrolling started on Labour Weekend 2019 - an increase of 71% on the same time last year.1

SLSNZ needs $10million a year to continue its operations across New Zealand, in addition to the $10million needed by its 74 surf life saving clubs. This year, SLSNZ has experienced an unexpected decrease in funding and BP is calling on the public to help make a difference through the 2020 Every Litre Counts initiative.

SLSNZ’s CEO, Paul Dalton, says, “There is no question that the funding we receive from partners like BP is crucial in keeping our organisation afloat. Funding is always at the forefront of our minds, and this year even more so. Knowing that the public has our backs with a campaign like Every Litre Counts, is a huge weight off our shoulders.”

From Monday 20 January, anyone who fuels up at a BP retail site will automatically contribute to the vital work of SLSNZ with BP donating a portion of every litre sold. Since the beginning of the season, volunteer lifeguards have saved 157 lives already.2

BP New Zealand’s Managing Director, Debi Boffa, says “Since we first launched Every Litre Counts in 2018, New Zealanders have helped raise more than $677,000 for Surf Life Saving New Zealand. We are excited to bring it back and support such a worthy group of volunteers who go above and beyond the call of duty to ensure communities are safe.

“At BP, we’ve supported SLSNZ since 1968 and want to do everything we can to support their constant commitment to help keep our beaches safe. It’s simple – every little bit helps, so make every litre count by just filling up as usual, and we’ll donate.”

In the last decade, volunteer surf lifeguards have rescued more than 11,000 people from life-threatening situations. Since the beginning of BP’s 52-year partnership with SLSNZ, close to 56,000 lives have been saved, with 22,700 of these rescues conducted using an Inflatable Rescue Boat (IRB). Just less than 300 IRBs are used to patrol New Zealand beaches and in recent years, they have accounted for almost seven out of every 10 rescues, making them a primary piece of equipment.

To be involved, New Zealanders can purchase fuel at any BP retail site between Monday January 20 and Sunday 16 February and BP will donate to SLSNZ. For more information, visit http://www.bp.co.nz