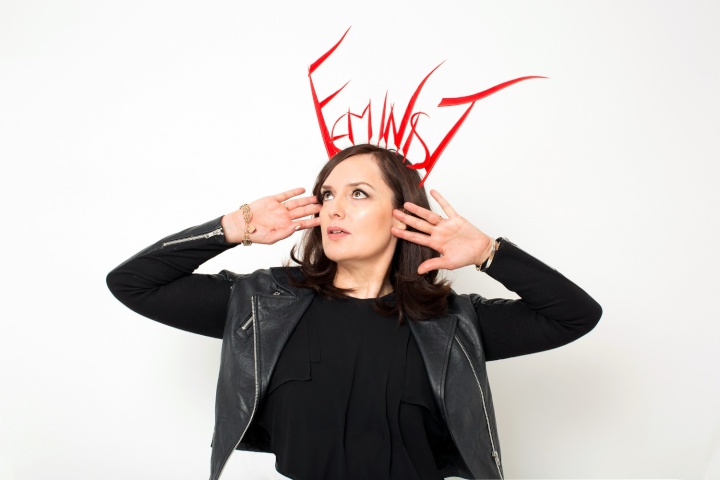 After sold out shows in 2018 and 2019, The Guilty Feminist Podcast returns to New Zealand for a series of live episode recordings. Direct from sold out shows in North America and Australia, host Deborah Frances-White will be joined by New Zealand co-hosts and guests with live music at each event from English protest singer Grace Petrie.

Ever felt like you should be better at feminism?

Join comedian Deborah Frances-White for her comedy podcast, recorded in front of a live audience. Each episode, Deborah and her guests discuss their noble goals as 21st century feminists and the hypocrisies and insecurities which undermine them.

The podcast has become a phenomenon with over 70 million downloads. Past guests have included, Hannah Gadsby, Emma Thompson, Aisling Bea, Rose Matafeo and many, many more.

Deborah Frances-White is a London based stand-up comedian whose BBC Radio 4 series won The Writers Guild Award for Best Radio Comedy. Her book, The Guilty Feminist is a Sunday Times Best Seller and she has made appearances on Have I Got News For You, Mock the Week and The News Quiz. She is a screenwriter whose first feature film Say My Name is produced by Electric Entertainment.

Deborah Frances-White is available for on the ground media interviews in NZ from 19th – 26th Feb and in advance via Australia.