Ben Harper And The Innocent Criminals 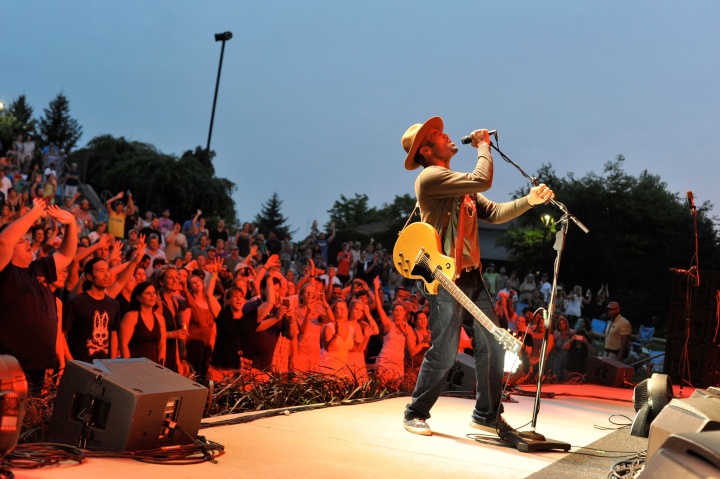 US singer-songwriter and multi-instrumentalist Ben Harper kicks off his New Zealand tour this Friday, February 21 at the TSB Bowl of Brooklands in New Plymouth. He’ll then make his way throughout both islands before the final show in Tauranga at Mount Park on Saturday, February 29. See full list of dates below.

The Tauranga show is very close to being sold out but there are still limited tickets for all other shows, however, promoters are urging those wanting to catch the legend’s return to New Zealand to get in fast. Get tickets here.

Award-winning, multi-platinum-selling Australian musician Matt Corby joins Harper on this tour, with Kiwi legends The Black Seeds also joining him for one show at Church Road in Napier on February 28.

has traversed a myriad of musical landscapes in the three decades that he’s been making music, from blues, rock and reggae; to soul, funk and folk. He’s released 14 studio albums, including BURN TO SHINE (1999); DIAMONDS ON THE INSIDE (2003); THERE WILL BE LIGHT (2004); CHILDHOOD HOME (2014); and most recently in 2018, NO MERCY IN THIS LAND with blues legend Charlie Musselwhite.

Harper’s trusty band The Innocent Criminals have been with him for much of the journey and they’ll be with him on this tour too.

New Zealanders will also be familiar with the work of Matt Corby, whose #1 debut album TELLURIC made him a household name. His new record RAINBOW VALLEY has also received critical acclaim. Written and recorded in a period that also saw the birth of his first child, Corby’s second full-length release is brimming with a new-found vitality and joy, a fresh energy that finds perfect expression in a kaleidoscopic reimagining of the sound he has honed for the last 10 years

Ben Harper And The Innocent Criminals
Supported by Matt Corby