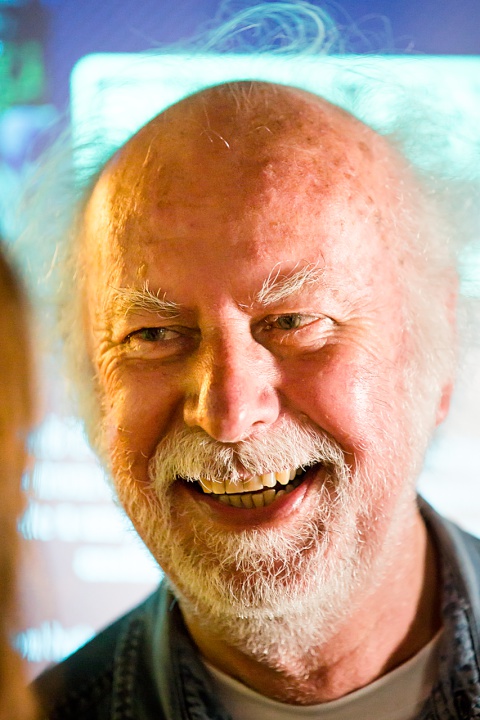 The death yesterday (14 April 2020) of Dean Parker, one of New Zealand’s most successful screenwriters and playwrights, was announced by Murray Lynch, Director of Playmarket, the playwright’s agent.

Dean Parker was born in Napier in 1947 of mainly Irish ancestry. Educated at Napier Marist and Hastings St John’s, he worked as a writer for much of his life and was prominent in his union, the New Zealand Writer’s Guild. Dean wrote extensively for stage, radio, television and film.

With over fifty plays in his catalogue at Playmarket, the New Zealand playwrights' agency, Parker's playwriting career spans from Smack, his first play produced at Downstage in 1974 to the production of Wonderful which recently had a season at Welington’s Circa Theatre.

His plays provoke and entertain audiences while examining New Zealand's political history and the political perspective of individuals. In 1988 he wrote; "I would describe myself as a class-conscious writer. I'm with Lenin. I'm for the working class seizing control of the wealth it creates, for the replacement of parliament, the army, the police, the judiciary - all those deadly manacles of state control - with workers' committees and militias, and all this done as part of a world-wide struggle." He wrote plays set on a factory shop floor, within the National Party caucus, war-ravaged Baghdad, the New Zealand Legation in Moscow, and the story of Robert Muldoon.

His plays include adaptations of Great Expectations, The Trial, The Hollow Men and Other People's Wars. Other notable plays include The Man That Lovelock Couldn't Beat, Baghdad, Baby!, Tigers of Wrath, Perfumed Garden and Slouching Towards Bethlehem.

Midnight in Moscow which The Press reviewer Alan Scott called "entertaining and thought-provoking" and "one of his best to date", had a tumultuous start in its premiere at The Court Theatre in Christchurch where it was playing on 22 February 2011 when the earthquake hit. This was his most successful stage play, productions followed at the Auckland Theatre Company and Wellington's Circa Theatre.

Parker has won awards for his screenwriting including for co-writing the successful big-screen comedy ‘Came a Hot Friday’. In the 1970s he wrote for such pioneering New Zealand television series as "Close to Home', 'Buck House" and 'Mortimer's Patch'. His adaptation for the small screen of Ngaio Marsh's 'Opening Night' was the first New Zealand television drama to be screened in America.

His television work includes the Welsh-Kiwi rugby tale Old Scores, which Parker co-wrote with Greg McGee. With McGee he co-created the ‘80s trucking series Roche, and the goldmining drama Gold, a co-production between New Zealand and Canada. He worked on episodes of police drama Mortimer's Patch and Betty's Bunch. He also wrote extensively for NZBC Radio and its successor, Radio New Zealand.

In recent years he regularly produced readings of his work and celebrations of Bloomsday in Auckland venues, many of these with his friends Lynn Lorkin and the Jews Brothers band.

Parker was named a Laureate by the Arts Foundation in 2010 and was the inaugural winner in 2012 of the Playmarket Award given to a playwright for significant artistic contribution to theatre in New Zealand.

In 2017 he turned to prose fiction writing ‘Johnson’, a sequel to John Mulgan’s ‘Man Alone’.

He had just completed a stage adaptation of The Plague by Albert Camus the day before he died.

He lived in Auckland with his partner Isabel. They have one son, Emmet.