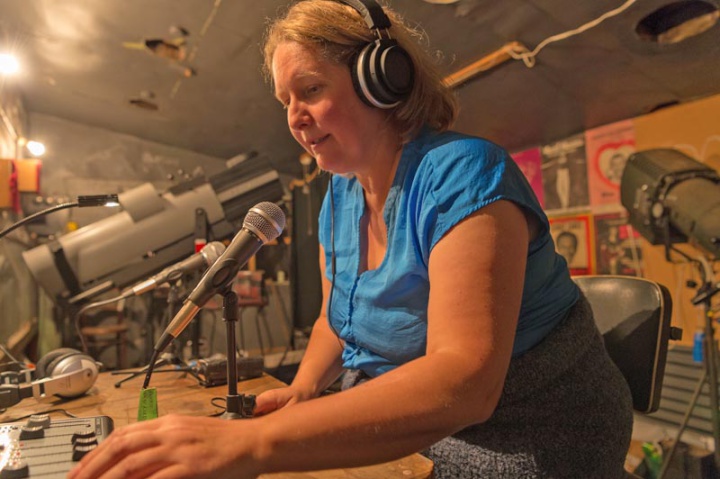 Royal New Zealand Ballet’s announcement in April that it would livestream videos of previous productions, making them available to a global online audience, was seen by Audio Described Aotearoa as an opportunity to include blind patrons in the audience.

Aucklanders Nicola Owen and Paul Brown, co-directors of Audio Described Aotearoa, contacted RNZB and asked if it could include an audio described option of the ballet videos so blind and low vision people would also have access to them.

The answer was a resounding “Yes, why not?” by Pascale Parenteau, Education, Community and Accessibility Manager at the national ballet company.

The first three audio described online performances in April and early May, screening in April and May, received a total of 1110 views from a global audience.

The first online performance was Hansel and Gretel, a ballet that toured the country last year and included touch tours and audio described performances in Dunedin, Wellington, Christchurch and Auckland.

“We already had the audio description and introductory notes prepared so it was a matter of figuring out the best way to provide it online,” Nicola says.

The first attempt used the video conferencing tool Zoom to describe what was happening on the Facebook livestreamed performance. It “almost worked” but there was a time lag and the use of two devices made it complicated for the users, Nicola says.

The following week, 25 April, viewers were treated to Anzac Day screenings of Dear Horizon and Passchendaele. These two ballets were first performed in 2015 as part of the RNZB’s Salute programme, a collaboration with the New Zealand Army Band commemorating the centenary of the Gallipoli landings.

This time, Nicola recorded the audio description and RNZB mixed it as a separate video, posting it on YouTube at the same time as the original video was livestreamed on Facebook.

“That worked really well and we had some great feedback,” Nicola says. “People also appreciated the introductory notes, which we emailed to them in advance of the screening.”

And then on 3 May, Romeo and Juliet was audio described. It was viewed 574 times.

Nicola recalls how “everything stopped” in March with the rapid spread of COVID-19 and the lockdown. Organisations started to cancel their audio described performances as they shut their doors.

But like many organisations, Nicola and Paul started to think outside the box and explore what was possible. “We were successful in our application to the Government’s Wage Subsidy Scheme, which meant we were able to keep going – at least for a while.”

Now, Nicola is contacting other companies and asking about opportunities for Audio Described Aotearoa to provide online audio descriptions of their work.

“A lot of people in the disabled community are used to not getting out much and It feels as though online resources and events such as these audio described online performances are a great way to increase access to ballet,” Nicola says. “After things go back to normal, it would be great if we all remember what we’ve learned through this crisis.”

The big challenge, she says, is where the ongoing funding will come from to maintain and develop these accessibility opportunities.

Nicola, whose partner Paul Brown is blind, started audio describing events in 2011 for Auckland Live. As the demand grew, they formed Audio Described Aotearoa in 2014. Among her first and regular clients are Tim Bray Theatre Company and the Auckland Arts Festival.

Now, they contract up to ten audio describers around the country to provide high-quality audio description for a range of events and tours.

In 2017, Nicola was employed by Auckland Live and RNZB to audio describe RNZB’s ballet, Romeo and Juliet. It was the first time ballet had been audio described in New Zealand and blind university student Áine Kelly-Costello wrote in a blog: “I could not have known what it would mean to attend a ballet with my mother: to experience the whole show, not just the music. It was an artform I had subconsciously assigned to the ‘unreachable’ pile.”

“That was pretty amazing,” Nicola says. “Blind people are often surprised that ballet is an artform they can enjoy. People in their sixties who had never been to ballet said they were blown away by the description and how beautiful it was.

“There’s a sense of wonder that something that has been so inaccessible has now become accessible.

“People love the touch tours before the show but even without the tours in this new, online world, they are still experiencing that same sense of wonder.”

Another highlight over the past year was the first bilingual (te reo Māori and English) audio described performance of the play Kuia me te Pūngāwerewere. This was presented by Taki Rua Productions to students at BLENNZ (Blind and Low Vision Education Network NZ) Homai Campus in partnership with the Auckland Arts Festival and Kāpō Māori Aotearoa.
Audio Described Aotearoa is a member of the Arts For All Auckland Network. Contact