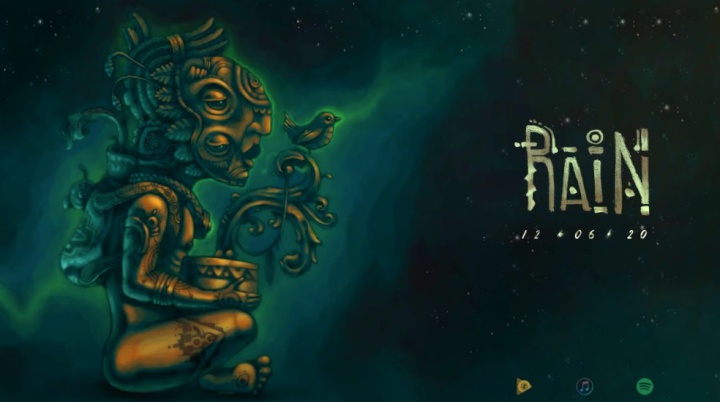 After perfecting their rambunctious live show with a busy summer tour schedule, Strangely Arousing have been chipping away behind the scenes on new music. The twenty -something 5-piece collective, hailing from Rotorua are proud to release their latest track Rain, the first single from their much-anticipated EP ‘Don’t Panic’.

Launching with a commanding vocal line, Rain borrows elements from Hip-hop and Reggae, combining them with that special brew of synth, horns, bass and classic dub that Strangely have carved out as their signature sound. Testament to the band’s organic growth and continually evolving direction as a class musical act, this latest single is a story of prosperity through unity - a tale that rings with poignant truth at a time where we are all banding together as one.

Stepping out from their usual first person narrative, Lukas Wharekura’s (vocals/lead guitar) imaginative storytelling sets the song in biblical times, instilling a message of community coming together as individuals to grow the wealth and productivity of the collective. Rain is built from simple foundations with an addictive bassline, added layers of synth, guitar, and horns to compliment the powerful lyrics that fuse together to create a colossal fist-pumping climax.

Don’t Panic is entirely self-written, self-recorded and self-produced. This unprecedented level of control over their creative process has resulted in a distinctive sound that reaffirms Strangely's reputation as a band that offers listeners something genuinely unique. Building on the success of the band's self-titled debut album (2017), which peaked at number 3 on the NZ Music charts, and latest single Ladeda (2018), this quintet continue to prove they are an innovative kiwi act that is here to stay.

Rain is available for streaming and download on all platforms from Friday 12 June, with the EP Don’t Panic slated for release on September 27.

STRANGELY AROUSING – RAIN
Available now wherever you listen to good music
https://smarturl.it/strangerain
More information including imagery is available via Dropbox

STRANGELY AROUSING BIOGRAPHY:
Strangely Arousing are a five-piece progressive reggae/ska band, effortlessly blending other genres and styles of music to create their unique sound, laced with brass, synth, dub, and guitar. Strangely straddles the line between the bizarre you know you love and the weird you don’t know you love yet, like old pros. Whether you come to marinate in dubs and bass, or simply to melt into a puddle on the floor, Strangely Arousing offers a new wave of music inspired by New Zealand’s legendary hip-hop and reggae dub forefathers.

Formed in 2012 and hailing from Rotorua, this talented bunch made a statement with their first foray into the New Zealand music scene by winning the SmokeFree Pacifica Beats in 2013, and went on to win Battle of the Bands in 2014. They have since played at sell-out shows on multiple tours around NZ, and appearances on the mainstages of festivals such as Raggamuffin and Rhythm and Vines, alongside their musical heroes such as Damien Marley, Fat Freddy’s Drop and Sticky Fingers. The band has performed internationally in the Middle East, China and South Korea, including headlining the Kiwi ExPats ball in Dubai in November 2018.

Their first EP Extended Play was released in 2014 followed by their studio album Strangely Arousing in 2017. Recorded at Roundhead Studios and debuting at number 3 on the NZ Music Charts, the album was also a finalist for the coveted Taite Music Prize ‘Best Independent Debut’ Award in 2018. The music video for single Groove Shooter made headlines, as it featured the members trying to win over Nazanin ‘Naz’ Khanjani from The Bachelor in a multi-million dollar house. Proudly weaving their Māori heritage into their music with lyrics in Te Reo, Strangely deliver revelation by vibration.