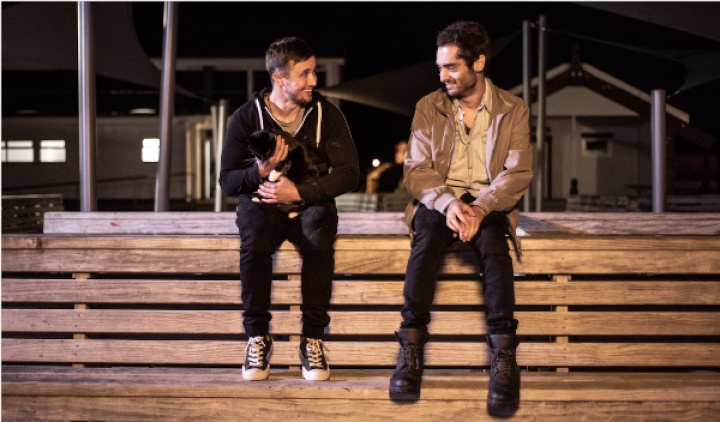 Offering genuine representation for Aotearoa’s gender-diverse community both on screen and off, local series Rūrangi is set to have its world premiere as part of Whānau Marama: New Zealand International Film Festival, running 24 July –2 August, 2020.

Rūrangi will make history as the first web-series to feature in the Festival’s celebrated programme, and as the only homegrown fictional offering for 2020. Rūrangi will screen as part of ‘Whānau Mārama: New Zealand International Film Festival 2020 At Home – Online’ and at selected cinema screenings across the country - the first chance for the public to watch the five-episode arc of season 1 in its entirety, at home or in the cinema. This will be the first public screening of Rūrangi, after being one of only 28 outstanding new series chosen from around the world for an industry-only screening at the 2020 Berlinale, alongside fellow Kiwi heavyweight The Luminaries.

The powerful series is grounded by captivating characters who are nuanced in their depth, exploring the intersections of love found between friends and family, and in romantic relationships, making Rūrangi a story of love in many forms. Incredible performances from the core cast showcase the best from Aotearoa, led by newcomer Elz Carrad who is commanding in his screen-debut as lead Caz, alongside Kirk Torrance (The Dark Horse, Outrageous Fortune), Arlo Green (Homos, Or Everyone In America, Hir, A Streetcar Named Desire), Āwhina-Rose Ashby (Waru, The Ringins, Dear Murderer). Outstanding local talent also fill the supporting and guest roles, including Aroha Rawson, Renee Lyons, Renee Sheridan, Sonny Tupu, and Nikki Si'ulepa, with Ramon Te Wake as trans-activist character Ellie.

Rūrangi is a reflection of contemporary society in Aotearoa through a trans lens, touching on themes of mental health, familial tensions, and the impact we have on the environment. With 10 of the 24-strong cast identifying as gender-diverse, all transgender characters have been performed by trans actors. The production also has a strong Māori kaupapa, with Māori actors making up over half of the tight-knit cast, and led by co-producer Tweedie Waititi as the tikanga and Māori story advisor.

With the narrative driven by representing trans-centred stories, this kaupapa has been reflected off-screen with Rūrangi committed to empowering Aotearoa’s gender-diverse community in key production roles. A world-first intern programme was established to employ six gender-diverse people in full-time roles as understudies within film-making: directing, producing, cinematography, editing, wardrobe styling, and production design. This people-first approach has been championed from the top, by prominent trans advocate and consultant Cole Meyers as co-writer and co-producer, and Max Currie (Queer Nation, Shortland Street, Everything We Loved) as co-producer and director of all five episodes.

“Productions like Rūrangi provide a platform for trans people to see themselves in narrative and in pop culture, but also represents and validates trans people as respected and talented human beings to the general public,” says Meyers. “It's a lot harder to hate and hurt people you fully see.”

Rūrangi has been made with support from New Zealand On Air, with the internship program supported by the New Zealand Film Commission, and produced by Craig Gainsborough