When Stage And Screen Collide 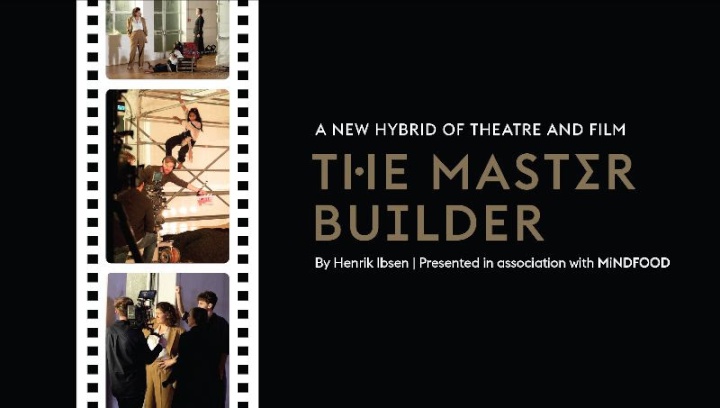 Following the success of Chekhov’s The Seagull - A new online version, which drew audiences of over 25,000 and critical acclaim from around the world, Auckland Theatre Company will present Henrik Ibsen’s The Master Builder in association with MiNDFOOD next month.

When COVID-19 lockdown made it impossible to present The Master Builder onstage, Auckland Theatre Company made the decision to keep their actors employed and the work alive. At Level 2, the actors came together in the rehearsal room to explore the work.

As restrictions lifted in New Zealand in June, it became possible to present a rehearsal room performance season of the play to small, socially distanced audiences. These were amongst the first post-lockdown live performances in the world. The Master Builder was then recorded as a studio presentation for all to experience, as a high-quality hybrid of theatre and film.

In The Master Builder, one of Ibsen’s most fascinating and enigmatic works, a middle-aged builder/property developer has his creative flame reignited by a young woman from his past, with dramatic consequences.

Director Colin McColl ONZM says “At the core of the play is the hauntingly complex relationship between Solness and Hilde; between man and woman; youth and age; between a remorseful guilt-ridden soul and an aggressively amoral will. The Master Builder continues to fascinate audiences today because of the countless interpretations it offers up, and it’s been thrilling to explore them with this stellar cast.”

Director of Photography, cinematographer Adam Luxton (On an Unknown Beach, Hot Mother, We Feel Fine) is a filmmaker from Aotearoa. His films have featured in international film festivals, and are described as “confident, fiercely independent, generous, and often beautiful.” – James Gates, Pantograph Punch

This inventive adaptation of a magnificent work from a master playwright will premiere on YouTube on Saturday 8 August, 7.30pm, available for free viewing online until 30 August 2020.

There will also be a ticketed showing on the big screen at ASB Waterfront Theatre on Friday 28 August, 7pm, with a live Q&A with Colin McColl and the cast following the screening.