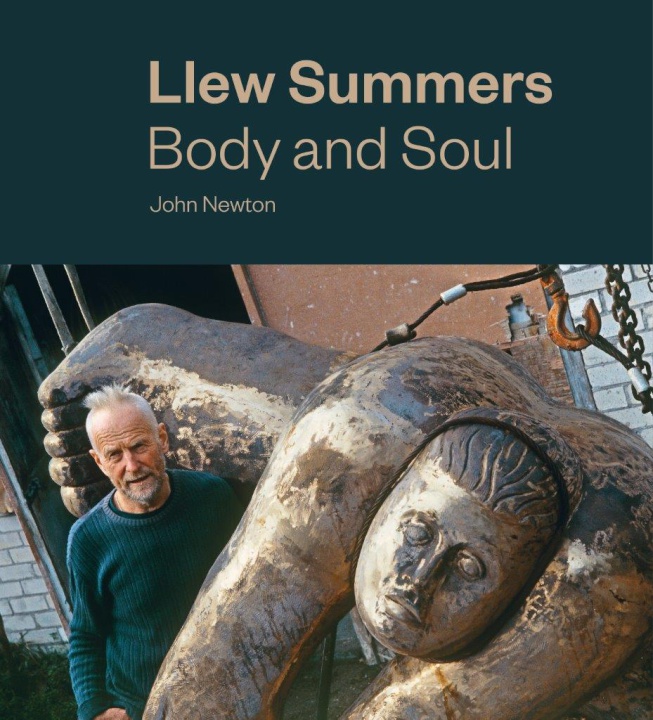 In the introduction to this warm and informative book about the life and the practice of Christchurch’s beloved sculptor Llew Summers, published by Canterbury University Press, author John Newton urges us to reconsider the artist’s legacy - and to let go of our preconceptions.

Then he takes us on a journey to help us do just that.

If you live in Christchurch you will know Summers’ work. Large-scale, buxom, naked forms, dancing together, or lifting each other skywards, are dotted around the city landscape. Familiar and reassuring, they have been so present and public that we may not think of them as accomplished contemporary art.

Newton reassures us that Summers colluded in this perception. His initial large-scale works were not as accomplished as he would have liked, but he got them in front of the public anyway, brazenly so at times, even installing works in public areas in the dead of night when his requests were rejected or, worse, didn’t receive a response.

The strategy to go big and go public worked for his profile, but never endeared him to the art world of Christchurch, even as his technique improved and he moved more and more confidently from concrete into other materials – wood, marble, ceramics and later glass.

Newton notes that Summers’ materials were always his best teachers. Summers was, by his own admission, an average student who showed no aptitude for art. He left school at 16 to take up farm work and later building, using the practical skills that came naturally to him. He was, famously, self-taught and when he began his first sculpture, as much from boredom on a lonely farm posting as any artistic ambitions, he had never even seen a modern sculpture.

Ironically, at the time Bill Hammond was studying at University of Canterbury’s (UC) School of Fine Arts, Summers was helping to build the new buildings. “Nailing shutters and pouring concrete for the arts block and the central library were as close as he would ever come to the precincts of higher education,” Newton writes.

Newton shares his admiration for Summers’ resourcefulness, energy, output and the spirit of the man. The book project was providential; Newton had started an Ursula Bethell writer’s residency at UC when Summers invited him to stay, rent free, in the ‘gatehouse’ next to the artist’s McCormack’s Bay home and studio. When Summers became ill, he talked Newton through his entire output of 900 works and Llew Summers Body and Soul was the welcome result.

The two became close friends. Newton recounts Summers’ artistic journey, but also his family, his relationships, his losses and his battle with violence, which he addressed and overcame. It’s not a biography, but it is a valuable insight. Summers died on 1 August 2019 and it is fitting that this book is available one year later.

Newton’s skills as a poet, critic and cultural historian shine through, making this an enjoyable and easy read, suitably in parallel to the accessibility of Summers’ work.

Summers’ story is a fascinating chapter in the cultural history of Christchurch and Aotearoa. Newton sums up his appeal thus: “The intellectualization of art never failed to dismay him. People loved his art not for its value or proof of their good taste, but for its humanity, beauty, spirituality.”

John Newton was Llew Summers’ close friend during the last two years of the sculptor’s life. A poet, critic and cultural historian, his earlier books include The Double Rainbow: James K. Baxter, Ngāti Hau and the Jerusalem Commune (VUP, 2009), and Hard Frost: Structures of Feeling in New Zealand Literature 1908–1945 (VUP, 2017). He is the 2020 Robert Burns Fellow.

Llew Summers (1947–2019) was a rarity in the art world – a figurative artist in a scene dominated by abstract practices. Llew Summers: Body and Soul depicts the work and life of one of New Zealand’s most recognisable sculptors, a man of great warmth and astonishing vitality, whose works are daring, sensual and provocative.

John Newton takes us from Summers’ beginnings as a self-taught artist, through his relationships and family life, to his success as a highly visible sculptor with works found in public spaces throughout New Zealand.

We follow Summers’ progression as an artist, a true independent, working outside the hierarchies of the art world. His early monumental works in concrete made him a public fixture, with themes of nurture and nature, sexuality and solidity seen in his idealised female forms. As he discovered carving in wood and marble, the work became more subtle and increasingly dynamic. From the early 2000s, following his first trip to Europe, religious imagery entered Summers’ work in ways that extended both his visual and thematic range, and introduced a more overtly spiritual element. His later career features depictions of Christ, angelic winged figures and large, ambitious works in bronze.

Illustrated with more than 200 photographs, including newly commissioned images of Summers’ works, Llew Summers: Body and Soul is a joyful record of a life in sculpture and a testimony to the value of public art.