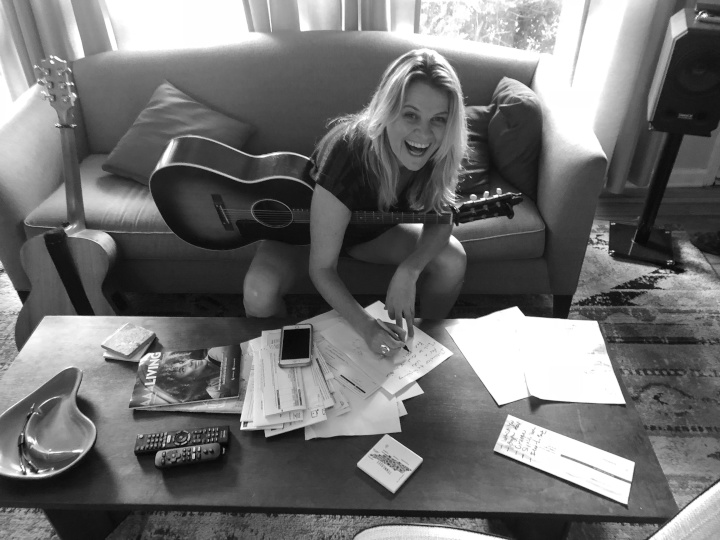 Originally from Gore, Jackie Bristow began her musical career singing in her local choir and at Gore’s Golden Guitar awards. She now lives and works in Nashville, USA and has a string of critically-acclaimed albums to her name.

Jackie will headline a Turn Up the Music Trust concert on 9th August (4pm – 6pm, Arrowtown Athenaeum Hall), with funds raised going towards the Trust’s song writing competition for young people in the Wakatipu region.

Jackie returned to New Zealand earlier this year to tour the country but was unable to return to the USA due to Coronavirus restrictions. She’s decided to make the most of being happily ‘stuck’ at home by inspiring the next generation of musical talent.

“I have done music my whole life – song writing was something I naturally ended up doing – but when I was young, it wasn’t really encouraged at school. We always sang other people’s songs, even when I got into country music. So, I think it is fantastic that they're now encouraging song writing in schools,” she says.

“Music and song writing is an amazing outlet. It gets young people off their devices and gets them being creative and in touch with their feelings. If I’d had that encouragement and guidance at that age, I would have been elated to have that connection.

“It’s so good to tune into that creativity, even if you don’t feel that calling to become a musician. And if you do have that calling, that help is invaluable.”

Jackie will be joined by Queenstown music stalwart Mark Wilson, the Wakatipu High School Choir led by Margaret O’Hanlon and other young local musicians. Tickets are available on Eventfinda.

Turn Up the Music Presents Jackie Bristow and Friends

A fundraising concert for the Trust’s October song writing competition.

About Turn Up the Music

Established in 2013, Turn Up the Music is a trust and music school dedicated to providing excellence in music education on an affordable and accessible basis in the Wakatipu region.

New Zealand born, Nashville based singer-songwriter Jackie Bristow began singing and writing songs at an early age. Jackie’s talent took her to Australia and then America, where she’s lived since 2005. Jackie has continued writing and performing in North America and around the world, with several albums under her name. She’s opened for stars like Chris Isaak, Boz Skaggs, Bonnie Raitt, Foreigner, Tommy Emmanuel and The Steve Miller Band.