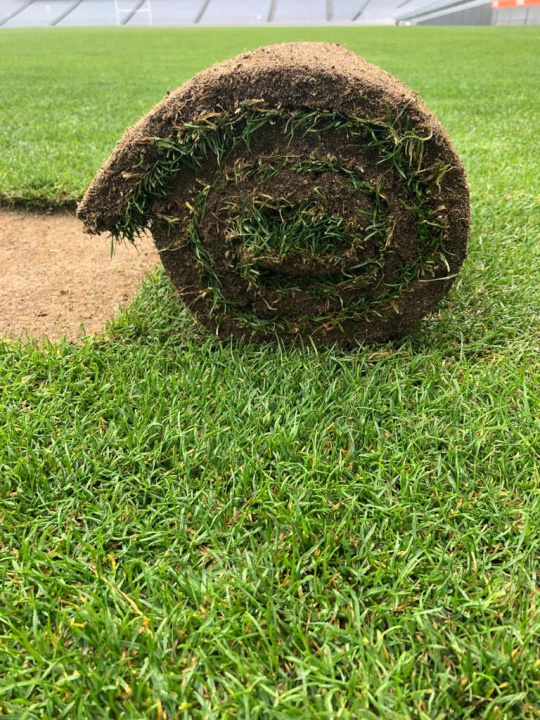 Ever wished your lawn could look like Eden Park? New Zealand’s national stadium is now offering that exact opportunity for Kiwis to purchase their corner of history and take home part of the hallowed turf.

The 17-year old surface will be removed later this year, to make way for a new HG Hero Eden Park Edition turf which has been cultivated at the stadium’s Turf Farm in Karaka throughout the year.

The perennial ryegrass turf has felt the effects of global events at the Park including the 2005 and 2017 British and Irish Lions Series, the first-ever T20 international match in 2005, the 2011 Rugby World Cup, 2015 Cricket World Cup, countless Bledisloe Cup clashes, as well as Auckland Rugby and Blues matches. The iconic ground is commonly referred to as ‘The Fortress’ with the All Blacks remaining unbeaten on the current Eden Park turf.

With up to 5,000 square metres of turf available, Kiwis can either buy one square metre or returf their entire backyard with the historic surface. Eden Park says it is an opportunity not to be missed and marks the start of a new era for the stadium.

“There’s no question Eden Park has immense mana. The new turf will support our aspirations of both increased and varied content however the current surface has served us well and has witnessed unforgettable chapters of this stadium’s story. It’s a resilient and mature product and we hope as many Kiwis as possible can own a piece of Eden Park history in their backyard,” says Eden Park CEO Nick Sautner.

Each purchase includes a certificate of authenticity and care instructions penned by the stadium’s Turf Team. New owners will be able to drive in and collect their turf prior to Christmas and are encouraged to utilise a station wagon, trailer, ute or truck, dependent on the volume purchased.

“The current surface is a high-quality sand-based profile and will perform well in suburban backyards if offered a little more care than normal lawn over the summer holiday period to settle it into its new home. Our incoming HG Hero Eden Park Edition turf has been prepared over 10 months and we’re excited to start the installation process. The new surface will be a hybrid consisting of 5% synthetic fibres which will ensure performance and stability,” says Eden Park Turf Manager Blair Christiansen.

HG Hero Eden Park Edition will be installed in the New Year and will be transported in giant turf rolls from the Karaka Turf Farm.

Eden Park is New Zealand’s national stadium and a globally iconic arena, located in central Auckland. With 117 years of history, the Park has hosted some of the world’s most memorable sporting moments from cricket, to rugby, to rugby league and football. A range of other community initiatives and events are also hosted throughout the year.

Eden Park Trust operates as a statutory not-for-profit body corporate, registered as a charitable trust with the Charities Commission. Its objectives are to promote, operate and develop Eden Park as a high quality multi-purpose stadium for the use and benefit of rugby and cricket as well as other sporting codes and other recreational, musical, and cultural events for the benefit of the public of the Auckland region.

Its rich history and profile is unmatched by any other stadium in the country. From its beginnings as a cricket ground in 1903, Eden Park became the primary venue for major summer and winter sport in Auckland when in 1913, the owner, Auckland Cricket, leased winter use of the ground to Auckland Rugby.

Each year, more than half a million sports and entertainment fans from around the world visit Eden Park. The stadium successfully hosts sell-out crowds of up to 50,000 on match days and hosts more than 1,000 non-match day functions per year. A range of community initiatives are also hosted throughout the year including the likes of The Lifewise Big Sleepout, Auckland City Mission Christmas Appeal, Walk for Awareness (SNAP Fitness – Mental Health), Japan Day, NZ Eid Day, The World’s Biggest Bootcamp, Eden Rugby Holiday Clinic, Field of Dreams, The Block NZ: Firehouse, Learn 2 Ride (Auckland Transport) and the Eden Park Dog Walking Club, as well as local school assemblies and duathlons.