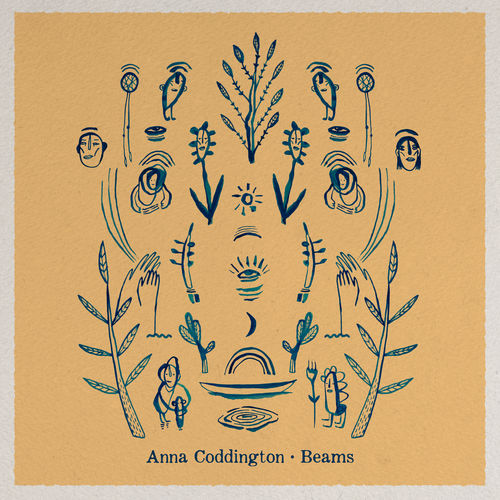 Anna Coddington's thin, wispy vocals fit her songs beautifully, providing a wonderful lilting quality that pervades her latest album Beams. Deceptively soft and insubstantial, the hooks latch on and slowly attach themselves to your subconscious, producing instant ear worms. Drenched in gently poignant and deeply personal lyricism, Coddington's fourth solo album (and first in four years since 2016's Luck/Time displays a poetry of longing and desire, perfectly suited to soothing these anxious times. She dives head first into this confessional approach with an unusual degree of introspection and ruthless self-examination in order to draw out some universal implications.

Coddington grew up in Raglan and her early musical development shadowed Bic Runga's, to whose third album Birds she contributed background vocals. She started playing drums at eleven, guitar at fourteen, and by age sixteen she was fronting and writing songs for her first band, Handsome Geoffery, which won the national student music competition at Smokefree Rockquest in 1998. The band's members included actor/director Aidee Walker, who has since directed a number of Coddington's music videos. Her second band Duchess released a six track EP in 2005, on which she sang, played guitar, and wrote all the songs. Three years later, she released her first solo album - The Lake (2008), followed by Cat & Bird (2011) and Luck/Time (2016), the culmination of four years of diligent labour addressing issues of love, loss, hope, despair, and having a bit of luck over a lot of time.

The album featured two previously released singles, "Bird In Hand" and "Make You Mine" (both finalists for the APRA Silver Scroll Award), as well as the singles "Apples' and "Without A Fight". Mainly self-produced in her home studio, with lyrics that were haunting, emotional, and often tinged with a melancholy hue, Luck/Time employed layers of tactful guitar from Coddington to produce songs stemming entirely from “a bass line and a desire to capture a certain feeling/groove in the music … I just go into the studio, grab whatever is up there, make noise with it, arrange it till it sounds good, and stack up those brightly coloured Pro Tools waveforms.”

The new album on Mikee Tucker's Loop label features Coddington's hallmark melodic tunes, carefully crafted lyrics, and astute production values spread evenly across ten-tracks infused with hints of indie, disco, and yacht rock. APRA Silver Scroll-winning duo Steph Brown and Fen Ikner (aka Lips) came aboard to polish the collaborative recording process, marrying emotive storytelling with their upbeat pop sensibilities. Beams captures a highly gifted singer/songwriter in her prime, working cohesively with her producers and combining their indie/electronic-pop style with Coddington’s penchant for highly personal storytelling. Leaning into her indie sensibilities, while also maintaining a distinctly personal edge, Coddington explores her place in the world as a mother, musician, Maori, & human being. After spending long periods of her career shying away from these subjects, she is clearly well prepared to tackle such thorny issues with honest abandon.

Coddington & Lips take us on a musical journey that draws on their own life experiences. Each track explores a different aspect of her personal life, exploring a plethora of universal human emotions. With all songs originally written on guitar, Lips then brought their musical palette to the table, layering up nostalgic synths, punchy drums, and well-placed bass lines, all enhancing Coddington’s vocals which remain indelibly up front and centre. Recorded at Casa Lips between the childcare-friendly hours of 10 AM and 2:30 PM, the relaxed-yet-focused feeling of the recording sessions provides a sound which is not only playful, but also where every word and line of infectious melody remains deliberate and determined. 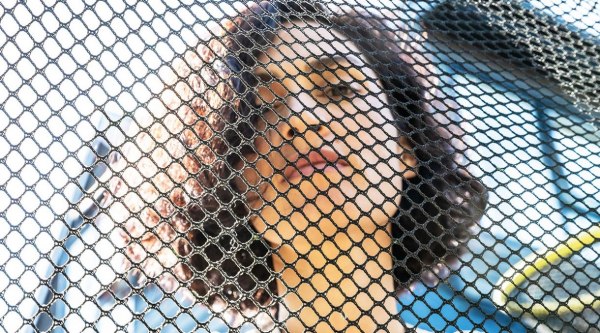 Beams opens with "The Saint (with stains)", a song that muses about parenthood and the impossibly high regard in which both children and society at large can imprison parents. It sets the musical tone for the album, with delicate keys whirring alongside a driving drum beat from Ikner that neatly underpins Coddington’s confident vocals. "Night Class" has a fetching acoustic guitar line with a bossa nova feel and softly syncopated traps - 'I don't expect a miracle' - 'but it's laced with bitterness.'

Louis Baker assists on vocals on the title track - another gently floating song about mountains, lakes, and beams of light 'shooting through the air', with the haunting refrain 'wherever you are, that's where I want to be / I wanna be with you' . It investigates the theme of identity, describing the simple joys that come from spending time with those we love and delicately revealing how two voices can combine to create a modern love song, with Coddington both questioning and coming to terms with her own highly personal doubts and experiences.

"Do I Exist" is a throbbing little number that picks up the pace a bit and investigates some profound existential issues, including identity and insanity, parenthood and inter-generational angst. 'Who am I? Coddington plaintively inquires - 'Do I exist if no one ever prints my name or takes my picture? Do I exist If no one sees me leave my house. I never do'. "Night Class" tells another story of intergenerational language loss, reclamation and trauma shared by many Maori - and the hope that our children won’t have to endure the same experiences. Coddington delivers her most unrestrained vocal take on this track, belting out existential questions over the top of a smooth bass line.

"Magnesium and Coffee" proceeds with similarly electronic beats (never quite as interesting as the analogue version) as it investigates our selfish need for suffering - 'what you cannot see is much easier to fear'. It segues abruptly into "Dive" which examines the challenges of a ships-in-the-night relationship ('mirages are all that I get … Dive deeper. We've only each other to fear') with an equally contemplative synthesiser arrangement. The sweetly engaging "Both Ways" has an irresistibly catchy chorus that demands 'I want the world without having to leave my house and I want answers that don't require any figuring out'. It examines the perennial human condition of wanting to have your cake and eat it too.

"Pirouette" speaks to Coddington’s long-felt struggle with climate anxiety, while "We See You’" sees her drawing further on her own parenting and cultural experiences in the modern world, with a lovely sax break by Lewis McCallum and some fine marimba work by Finn Scholes. The album closes with "Remember Me", a track which not only asks a question over which many of us lose a lot of sleep ('will you remember me?'), but also serves as a wake-up call for self-acceptance, both for Coddington and her audience

Since the release of her last album Luck/Time, Coddington has performed with Fly My Pretties, The Auckland Philharmonia Orchestra, The Christchurch Symphony Orchestra, and The Blackbird Ensemble. She has also co-written and produced for many other artists, as well as composing original music for the TV series Head High. At one point in the album-making process Coddington thought of calling her new album 'Do I Exist?,' but decided that was 'a bit too heavy and up it's own arse for an album that, although it's sometimes on the heavier side kaupapa-wise, is actually quite an enjoyable listen'.

By combining her wistful approach with Lips' techno musical sensibilities, Coddington has created her most cohesive and coherent piece of work to date, a delightfully upbeat piece of indie-pop with tinges of self-reflection and sorrow spread evenly across the board. In its fledgling stages, she 'stepped back one day to take an overview of what songs I had written in the four years since my last album and motherhood emerged as the thread throughout them', even on tracks that she did not realise were about her children at the time. 'Quite an enjoyable listen' is a tremendous understatement.