Benjamin Ree's 'The Painter and The Thief'

Friday, 8 January 2021, 4:44 am
Article: Howard Davis
Benjamin Ree's The Painter and The Thief 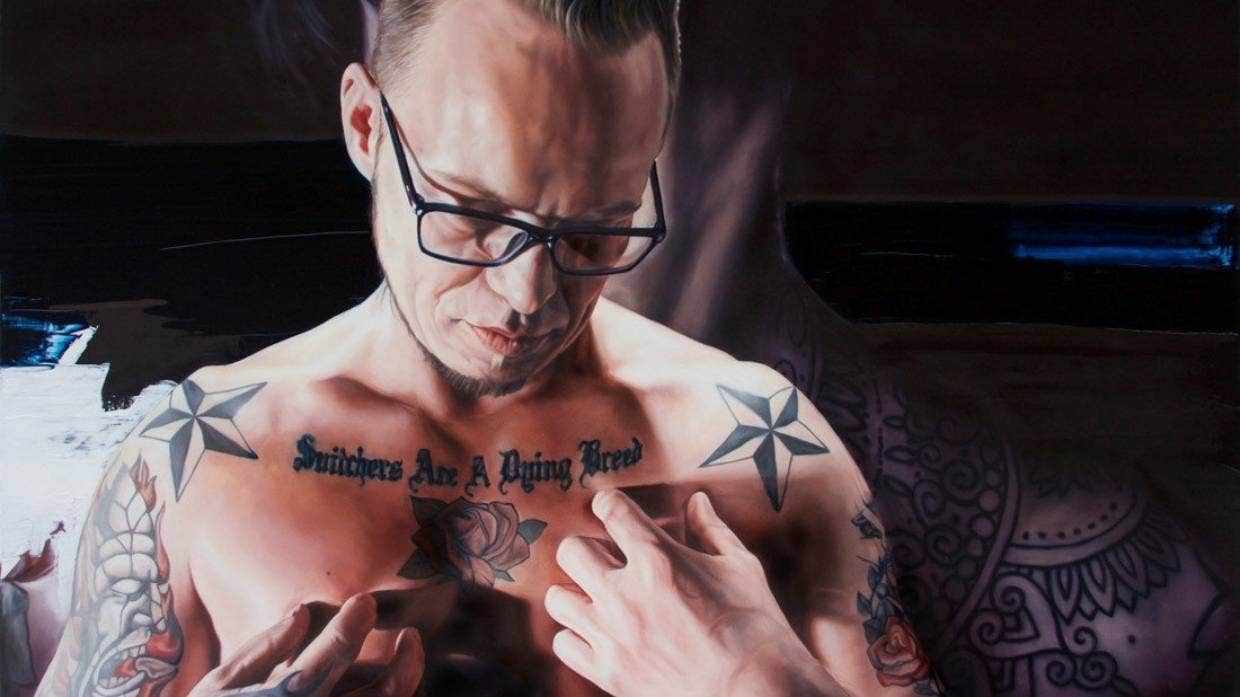 Norwegian filmmaker Benjamin Ree had long been fascinated by art thieves who commit high-stakes crimes with a delicate touch when a chance Google search in 2015 uncovered a botched heist in Oslo. The Czech hyperrealist painter Barbora Kysilkova had just received a distressing phone call from the owner of the Galleri Nobel. Two of her large canvases had been stolen in broad daylight, but the theft had been recorded by security cameras. The perpetrators were soon tracked down and arrested, leaving Kysilkova more confused than angry. “I am not a known artist that is worth it to break in, break a law and steal. I’m not Picasso,” she told The Guardian. The two stolen works, 'Chloe & Emma' and 'Swan Song,' were large photorealistic pieces, but the thieves not only managed to walk out with them rolled up under their arms, but first carefully removed over two hundred staples from their frames, a painstaking task that would have taken an expert at least an hour.

Kysilkova was just as concerned about the thieves as with the recovery of the paintings, so she decided to take matters into her own hands. She attended the trial of a tattooed heroin addict with a host of priors called Karl-Bertil Nordland and “felt very curious as a person, but foremost as an artist … I didn’t know what, but I knew something had to be done with it.” If he had simply ripped off her cellphone, she could have moved on, but not when it concerned her art work. “I can’t just let it pass,” she thought. So she approached the witness stand and asked Nordland “Maybe we could meet some time? Of course, all for the purpose that I’d love to make a portrait of you.” The weirdly absorbing relationship that subsequently developed between Kysilkova and Nordland over the next three years became an experiment in compassion, vulnerability, and conflicting, subconscious motivations both to observe and to be observed.

Ree contacted Kysilkova for what he initially thought would be a short film - “I wasn’t sure where this story might end up. When we first began filming and before I got to know Karl-Bertil, he was a really tattooed guy who had spent many years in prison. And for people who don’t know him, he can appear like a dangerous person.” Ree's film traces Kysilkova 's determination to understand Nordland, who claimed to be too stoned to remember what he did with her paintings, but in their first post-trial meet-up in an Oslo restaurant, he recalled the reason why he stole them - “because they were beautiful.” His answer captivated Kysilkova, who began to paint a series of his portraits, while Ree continued to document the interactions of this decidedly odd couple. His self-effacing approach went on to garner rave reviews after it premiered at Sundance, won Best Documentary Feature at the BFI London Film Festival, and received two Critics’ Choice Awards nominations.

When Ree first started filming this distinctly odd couple, he could not have anticipated where it would lead. “I was still quite occupied by this person, so the fact that there was a movie did not play a role in the first line for me,” said Kysilkova. “It was like, why not?” But as she got to know him - over WhatsApp and through Facebook, at dinner and with Nordland’s girlfriend, whom she also photographs for a joint portrait - the painter began to see the project as a necessary part of her own emotional exploration - “What happens if you allow the person who you should condemn … to come into your life?”

Kysilkova and Nordland are naturally compelling foils - a fragile, but headstrong artist who wears her curiosity like a ribcage around her wounded heart, and a repeat offender whose inherent decency and professional dreams were corrupted by systemic obstructions (drugs, violence, crime, etc.). Nordland seems actively resisting the hard work of self-improvement. You can see it in his “Honor Among Thieves” neck tattoo and his wardrobe of wife-beater t-shirts that could have been stolen from a maladjusted thirteen-year-old (one typical shirt boasts the slogan “Fat people are hard to kidnap”).

While painting Nordland's portrait in her studio, Kysilkova grills him about the whereabouts of her missing paintings, but he insists he could not remember what he did with them. He is clearly intelligent, charismatic, and unafraid of revealing his feelings, but also in thrall to a deeply self-destructive streak that stems from a traumatic childhood. Another minatory tattoo inscribed across his chest states “Snitchers Are A Dying Breed,” but the hardened persona, honed by an abusive, distant childhood and adolescent addiction, disintegrates at the sight of Kysilkova’s empathetic rendering. In the movie's stand out scene, a time-lapse of emotions plays over Nordland's chiseled features as he slowly breaks down in sobs, and the two embrace, sealing their bond. The intensity of the human desire simply to be acknowledged as human being cuts like a hot knife through butter and the expression on his face says it all - “Finally, I have been seen.”

At some point during the four years it took to complete the documentary, Ree’s camera became invisible and he deftly switches perspective from painter to thief after about a third of the way into the 106-minute film. Nordland’s continuing struggle with drugs lands him in hospital and Kysilkova attends to his recovery, which strips their mutually instinctive bonding of its remaining restraints. She paints the stigmata like scars on his hands. The film then refracts the past year through Nordland’s perspective, as he takes his turn to observe the attentive painter - “She sees me very well, but she forgets I can see her too.”

Many of Kysilkova's paintings depict death with unflinching imagery and she is clearly interested in the self-destructive aspect of human personalities. She constantly struggles to reconcile her own creativity with the financial realities of the art world and to articulate her instinctual desire to pursue a friendship with Nordland to her partner, Øystein Stene. He worries about her in couples’ therapy, comparing her tendency to take emotional risks to a child playing in traffic. “I played in traffic in Prague, there was no other way,” Kysilkova responds humorously, but also half-seriously. Similarly, Nordland recognises that Kysilkova, who had recently escaped from a violent relationship herself, is both fascinated by and attracted to his dark side.

The unexpected twists in the film's second-half, as Kysilkova continues to pursue her paintings and Nordland continues to open up his emotions during a stint in jail, blend their separate narrative arcs back together with some deft sleight of hand into an skillful conclusion (nothing is revealed about Nordland's accomplice). Although the relationship between the painter and the thief is born of the universal human desire to be understood, it remains uniquely singular in its specific practice. Ree considers the project as a matter of temporarily setting aside all judgment, anger, and prejudice (“The questions I would like to explore here are: what do humans do in order to be seen and appreciated? And what it takes of us to help and see others.”), but he never congratulates himself for his efforts to humanize his characters.

Instead, The Painter and The Thief hints at how even the most empathetic art can flatten out its subject matter in order to hold its audience and complicates the privileged gaze of looking at someone when they cannot see you. But Ree only skirts the complex issues of spectatorship and voyeurism. Intimate and involving as it is, Uno Helmersson’s shimmering and mysterious score leaves the impression that Kysilkova and Nordland are always holding something back. We are always waiting for the other shoe to drop. When it finally does, a final shot hints at a much deeper level of psychosexual disturbance than The Painter and The Thief ever manages to articulate.