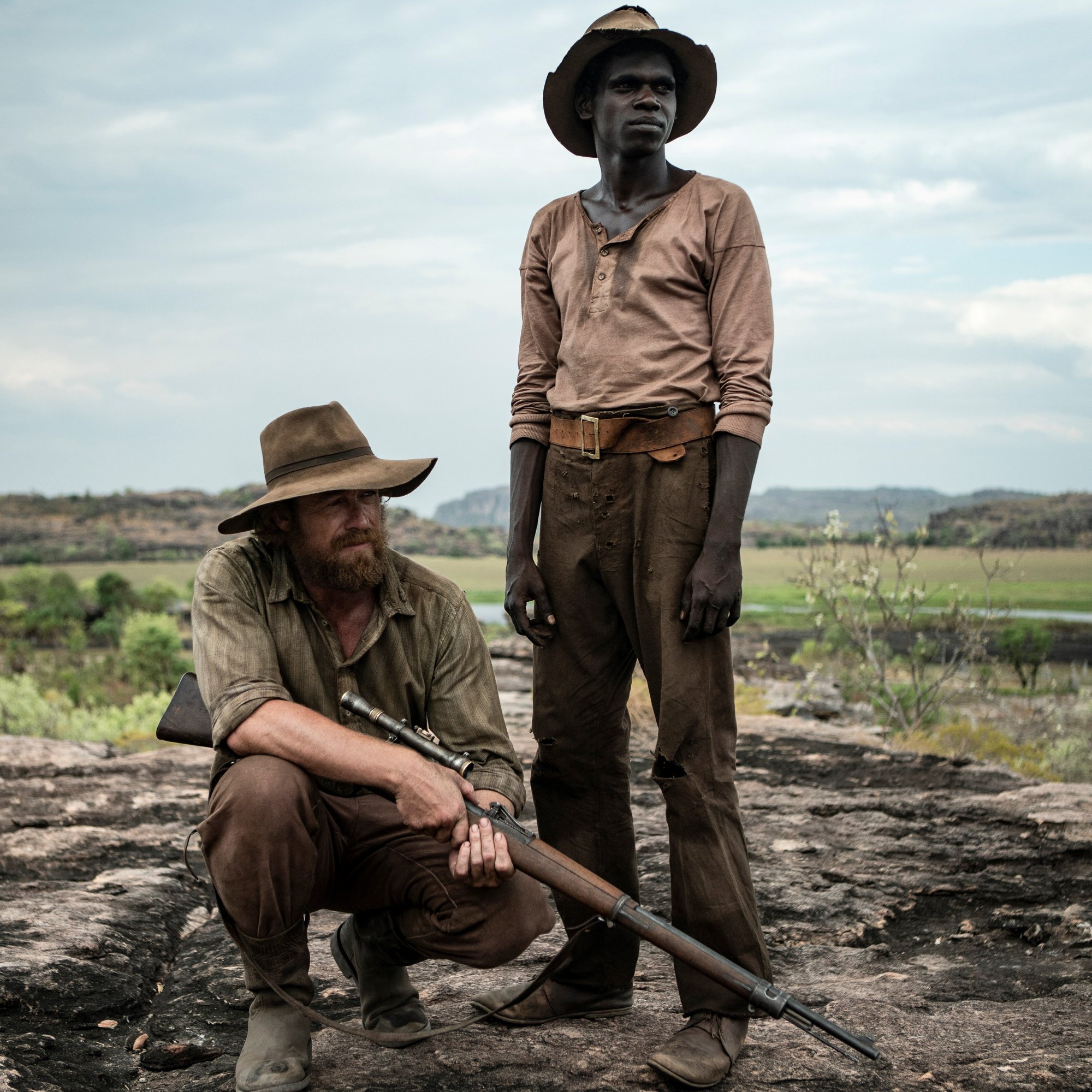 “Perhaps it is impossible to understand anything unless it happened to you yourself.” - Martha Gellhorn.

Gellhorn was not only a superb war correspondent (and Ernest Hemingway's lover), but also a writer who never lost her vigilant sense of self-awareness, born as it was from a profound inner loneliness, a radical political uncertainty, and her consequent habit of merciless self-analysis. It was a quality that enabled her, even in moments of almost unbearably intimate confrontation with the suffering of others, to become the perfect stranger in another's territory, the emissary from a zone of human calamity to a land where people are both comfortable and safe enough to want to read all about it.

Although Gellhorn's journalism was intimately intertwined with the terrible events of her day, her dispatches were never just first drafts of history, but rather, in the words of Finlan O'Toole, “letters from eternity.” In 1939, Gellhorn wrote to her friend Eleanor Rosevelt that “perhaps because I try to be a writer, perhaps because I am a woman, I cannot avoid seeing history always in terms of people.” She envisaged the past not as a linear progression, but rather as a cycle of tragic repetition. It was part of her unique gift to capture the precise and particular, while also doing justice to the awful futility of this process of recapitulation, that makes her reportage so timeless. We are ineluctably drawn into the undertow of her awareness that this moment, in its essence, has occurred before and will occur again. What happens to human flesh in episodes of organized violence is always and everywhere the same.

Now imagine you're a child, the sole survivor of a tribal massacre, almost the last remaining member of your family. The dead you've seen slaughtered in front of you include your uncles and aunties, your brothers and sisters, your nephews and nieces, your mother and father. You've been taken from your ancestral lands and raised by a white missionary settlers. You're forced to suffer the pain in silence, because no one is going to listen to you, no one is going to come and save you, and no justice is available. You cut your hair, learn to read and write English, and wear “white fella” bush britches, but you can never fully assimilate the pain and shame handed down over generations as form of a tribal inheritance.

In 1995 a National Inquiry into the Separation of Aboriginal and Torres Strait Islander children from their families was launched, headed by the President of the Human Rights and Equality Commission, Sir Roland Wilson. By the end of 1996, nearly eight hundred submissions had been heard and he following year the 'Bringing Them Home' report was tabled in Parliament. It concluded that “For individuals, their removal as children and the abuse they experienced at the hands of the authorities or their delegates have permanently scarred their lives. The harm continues in later generations, affecting their children and grandchildren.”

Labour Prime Minister Kevin Rudd's 2008 parliamentary apology for the “stolen generation,” in which he expressed regret for past government policies that resulted in the forced removal of indigenous children from their families, was clearly a necessary first step, but provided insufficient redress to the twin systemic problems of discrimination and persecution. Government handouts and reconciliation tribunals, even reparations, may not be enough when we are held to account by tribal elders who will gauge the sincerity in our eyes and read it in our body language. What is required is much more personal, as genuine sympathy and understanding for others become compulsory virtues for ourselves. This is the way of the compassionate heart and forgiveness is its sign.

It is also the unspoken message of a handful of earlier revisionist Westerns that told similar tales of atrocities. The genocidal massacre of the Sioux and Lakota Plains Indians was depicted in such movies as Little Big Man, Dances with Wolves, and Thunder Heart, which reflected profound changes in how contemporary audiences, raised on TV series like The Rifleman and The Virginian, came to interrogate and challenge previous models of Manifest Destiny in frontier life. What they discovered, of course, is that this archetypal pattern of killing our brothers to take over their land has repeated itself throughout human history. It is at least as old as the story of Cane and Abel.

Based on a series of true events, director Stephen Johnson's High Ground examines this previously unexamined aspect of Antipodean history in as much detail as its spectacular natural environment. The Australian film industry is clearly not only burgeoning with professional talent, but also proliferating with colonial tales that demand to be told. Following fast in the footsteps of such excellent movies as The Dry and Penguin Bloom, High Ground suggests the Australia is once again capable of producing finely-nuanced and quality cinema, as long as the generous financial support from state governments continues. It's also comparable to Robert MacKay'sThe Furnace and Jennifer Kent's The Nightingale in their confrontational depiction of the inherent racism of post-colonial Australia, the malicious corruption of the local constabulary, and the atrocities committed against Aboriginal tribes.

It took Johnson twenty years to obtain the financing, as well as the necessary approvals and permission from Aboriginal elders to film on tribal lands in Kakadu National Park, after the similarly indigenous-themed 'Yolngu Boy' in 2001. He captures the time and place of the early 1900's Northern Territory where the local constabulary, mostly loyal to crown and country, are embroiled in a deadly cat-and-mouse game with an aboriginal 'mob' that seeks revenge for a callous attack on their community at the hands of white colonials a decade earlier. Amongst the military cadre is a forlorn ex-army sniper called Travis whose earlier rescue of a young indigenous boy comes full circle twelve years later, when they are required to join forces and track down his uncle who is presumed responsible for a spate of recent attacks on white settlements across the area. The screenplay bounces along at brisk clip and the tension never sags, with crosses, double-crosses, and loyalties switching back and forth in the blink of an eye, and enough Mexican standoffs to delight the most jaded Tarantino fan.

“When you’ve got the high ground, you control everything,” Travis insists in a telling “title drop”, a line in which a character inside the narrative universe pronounces the title of the film and provides an opportunity to raise ideas about its subtext. In this case, the “high ground” is both literal and symbolic. Travis is not only a fundamentally decent person who quits the police in disgust after being appalled by the cover up of the massacre, but also a sniper with an uncanny knack for positioning himself on rocks and hills before scenes of literal confrontation, repeatedly aligning his POV shots through the German telescopic sights on his rifle and thus foregrounding the act of viewing itself with a rare degree of voyeuristic self-awareness. When his target assumes control of that vision half way through the film, the audience is implicated in a radical shift of perspective.

With a haunting opening act that pulls no punches about the kind of horrors that took place in Arnhem Land, 'High Ground' is a violent and visceral film that tells a familiar story. Its cast of industry veterans and newcomers perfectly embody a story of retribution and personal soul-searching. Former pretty boy Simon Baker inhabits the role of a lifetime as the leathered and taciturn marksman, while extraordinary supporting parts from Jacob Junior Nayinggu, Sean Mununggurr, and Witiyana Marika ensure this is also a showcase for local screen talent. More familiar faces such as Callan Mulvey, Jack Thompson, and Caren Pistorius round out the top-flight cast, complemented by a highly evocative sound design and the astonishing cinematography of Andrew Commis, whose indefatigable drone camera operators beautifully capture the visual splendour of the landscape.

The sounds of the natural environment - ranging from the flapping of raptor wings and lizards scratching their backs on tree bark, to blades of grass rustling in the breeze, and green ants munching on local flora - are intermingled in the mix with traditional music-making in delicious Dolby detail. Such sounds and images evoke an acute environmental awareness, comparable to such extraordinary films as Nicholas Roeg's Walkabout and Werner Herzog's Where Green Ants Dream. As Luke Buckmaster pointed out in his 'Guardian' review, High Ground may not match the bittersweet majesty of Sweet Country or the painful polemic of The Nightingale, but its high production values are consistently well-crafted, while Jill Bilcock's superb editing sews the narrative together into a cloak of seamless quality.

Standing by itself, the movie could simply be viewed in the generic tradition of previous American Westerns, but the timing of the film's release is no coincidence and the story it conveys is far from simple. At this precise historical moment, both Australians and Kiwis are not simply celebrating, but also starting to question the meaning and significance of their National Holidays. High Ground is immersed in matters of traditional language, ritual, and identity, while also confronting the violence and hypocrisy of the invasive British culture, adding additional gravitas to the question of how and why we should celebrate the full complexity of our colonial origins.

From a broader perspective,and at a time when it is increasingly necessary to acknowledge both the horrors and the achievements inherent in our ancestral history, High Ground demonstrates the immense amount of spiritual generosity required for any real reconciliation to occur between the descendants of immigrant settlers and indigenous tribes. It is a raw and angry film that not only poses important questions with scrupulous authenticity, but also provides a timely reminder of the genocidal consequences of casual bigotry and xenophobia. As Travis' former spotter remarks in another highly significant line of dialogue, “You can't share a country.”