If you’ve ever road-tripped around New Zealand, you’ll know that if a town becomes famous for something it’s likely to be immortalised in fibre glass as a giant sculpture.

Think Ohakune’s carrot, Gore’s guitar and trout, and of course, Paeroa’s over-sized L&P bottle. So while some Kiwis might take a holiday for history and heritage, others for events and adventure, why not consider taking a lap around New Zealand visiting our kitsch but cool “big things”.

With a lovely line up of long weekends enticing Kiwis to hit the road and get exploring, Budget Car Rental’s has compiled a must see list of sculptures that double as New Zealand’s wackiest tourist attractions. 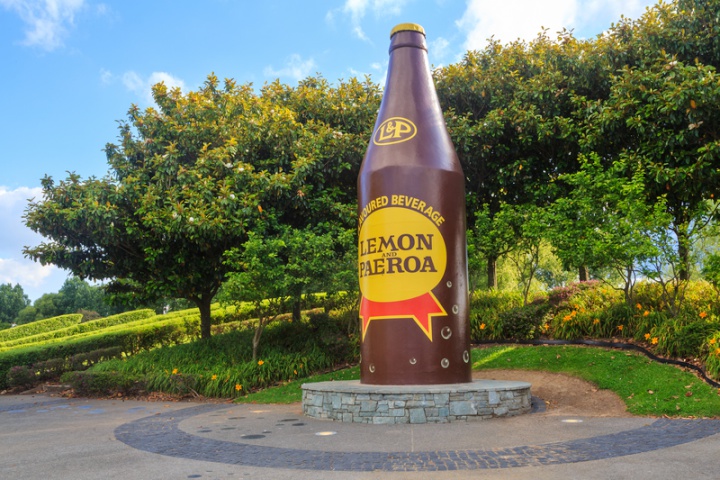 The small town of Paeroa is famous for its Lemon & Paeroa or L&P. The ‘world-famous in New Zealand’ soft drink has become an icon for Kiwis and put the town of Paeroa on the map after it was founded there in 1907. To commemorate the beverage a giant sculpture of an L&P bottle was built, becoming an obligatory photo-op for passers-by. 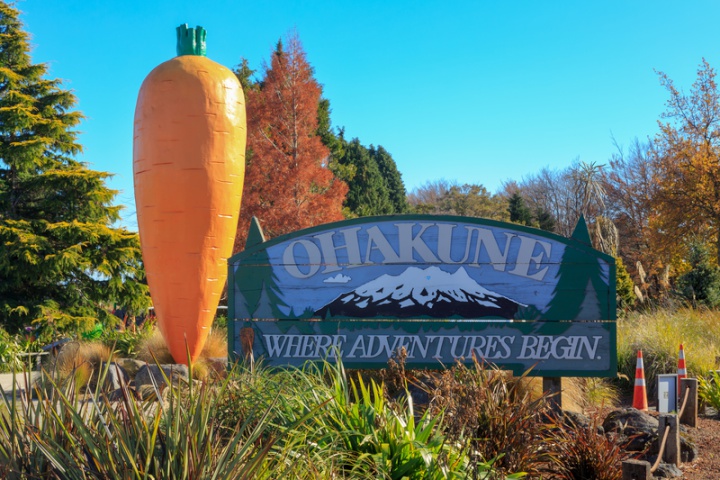 Just like Paeroa, Ohakune wanted to celebrate what it is famous for, so, they constructed a giant carrot! The carrot was built in 1984, measuring7.5 meters tall and is known as “The World’s Largest Carrot.” It was originally built for a TV commercial for ANZ Bank, before being donated to the town. Next time you’re driving down to Ski in Ohakune, make sure you stop and get a photo with this classic Kiwi landmark. 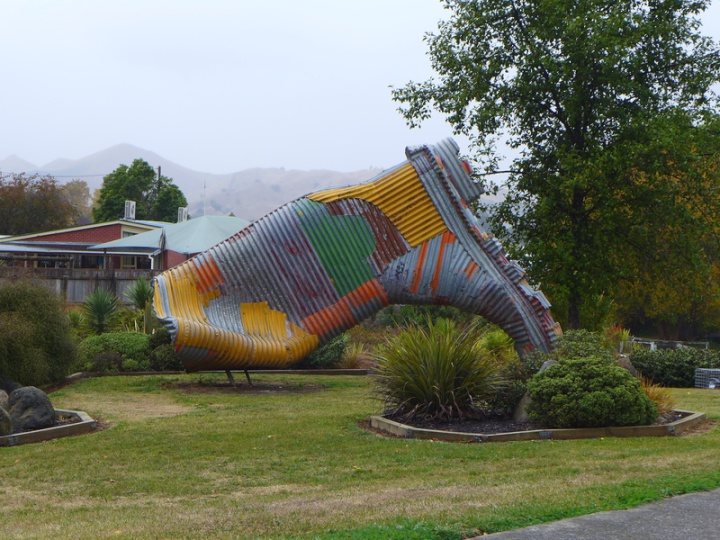 South of Taupo in the town of Taihape, you’ll find a giant, multi-coloured gumboot in Mount Stewart Reserve on State Highway 1. In the 70s, satirist John Clarke played Fred Dagg, a fictional character from Taihape. Fred Dagg was your stereotypical Kiwi bloke, gracing TV screens across NZ in his gumboots. From then on, the small town has been known as the “Gumboot Capital of the World.” 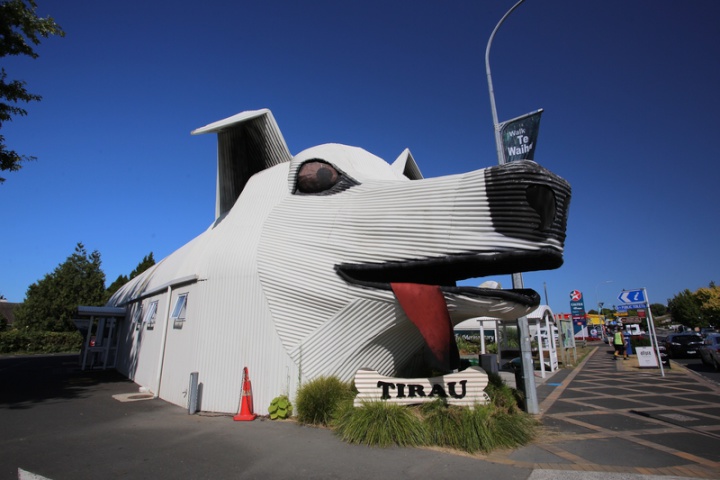 Driving into Tirau, it’s impossible to miss the Dog and Sheep shaped buildings at the heart of it. The corrugated iron sculptures were built in the late 90s and are home to an i-Site information centre and a wool and craft shop. If you have ever made your way down from Auckland, through the North Island you would have come across the two buildings alongside the other weird and wonderful corrugated sculptures that make the town memorable for travellers passing by. 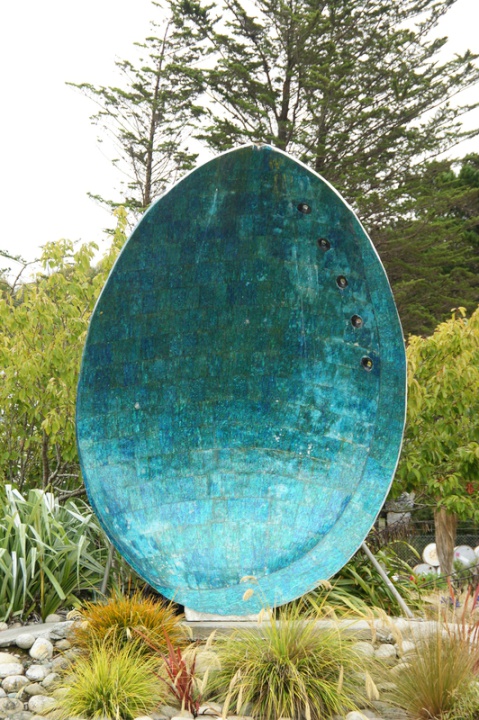 The Southland region is home to some of the best shellfish in New Zealand. About 30 kilometres west of Invercargill the town of Riverton is best known for its pāua fisheries and crafts. As a nod to its importance a giant pāua shell stands proud in the town where travellers can pick up a piece of pāua jewellery from one of the local craftsmen. The giant pāua is one of our lesser-known landmarks but it’s definitely one of the most beautiful. 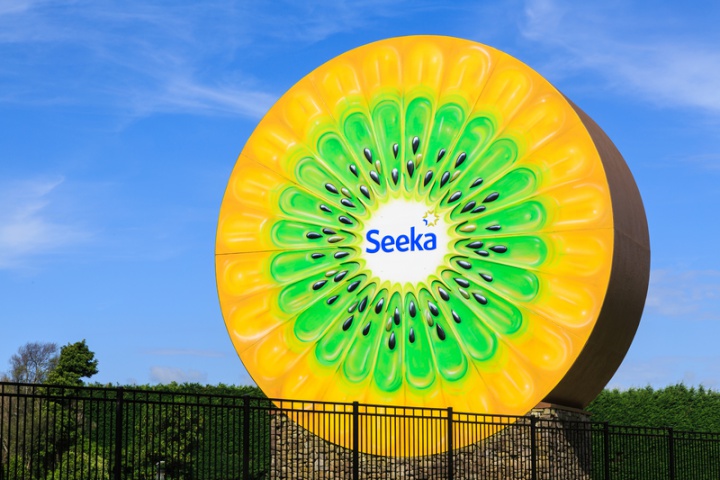 A giant kiwi fruit sculpture has stood in Te Puke for more than 30 years. Te Puke is in the centre of the Bay of Plenty region, famous for its kiwifruit, exporting 10 million trays every year. In 2010, the sculpture was repainted to better represent the region’s exports and the history of the kiwifruit with one side representing gold kiwifruit and the other, the original green. 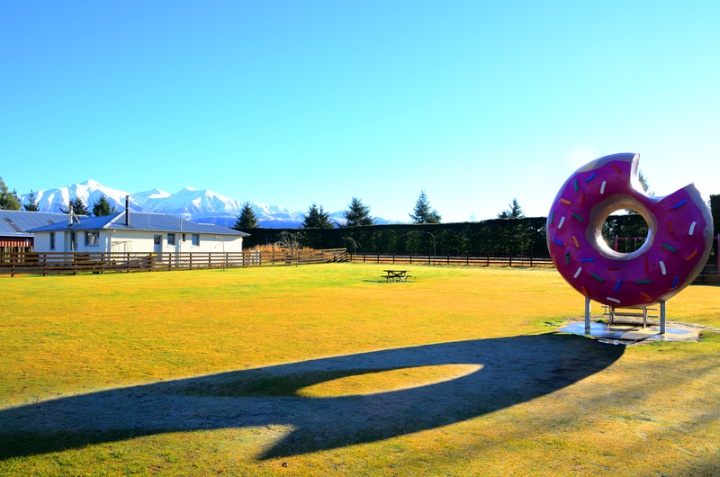 In 2007, American movie studio Fox, gifted a giant donut to Springfield, New Zealand. The town has the same name as the fictional home of The Simpsons characters. Unfortunately, the landmark was burned down in 2009, but the proud people of Springfield painted a giant truck tire and put it right back up on display. 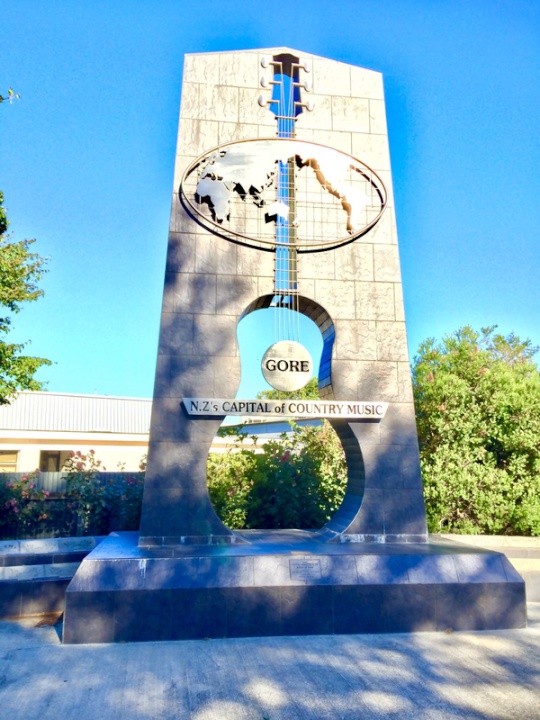 In the deep South you’ll find a town with not one, but two landmarks. Gore is home to a giant trout and a giant guitar representing the town’s history and specialties. Gore hosts New Zealand’s gold guitar annual awards and is the “official” country music capital of the country. If music isn’t your thing, Gore is also one of the best places to go trout fishing, with the surrounding rivers offering many opportunities to catch your dinner.