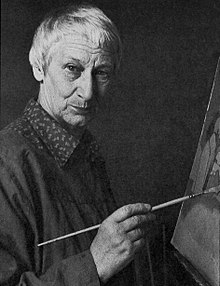 Along with the works of Colin McCahon and Toss Wollaston, Angus' oil and water colours are considered among the most important in the development of twentieth-century New Zealand art. She was a pioneer of modern painting during the 1930s and 1940s and during the century since her birth works such as Central Otago (1940) and Portrait of Betty Curnow  (1941-42) have become national icons. Although Angus is now one of Aotearoa’s best-loved painters, the story of her life remained little known and poorly understood before Jill Trevelyan's acclaimed and revelatory biography, which won the Non Fiction Award at the Montana New Zealand Book Awards in 2009. This revised and handsomely illustrated edition from Te Papa Press updates the original with new assessments of Angus in light of the upcoming exhibition to be held at Te Papa late in 2021.

Henrietta Catherine Angus was born on 12 March 1908 in Hastings, the eldest of seven children, and in 1921 her family moved to Palmerston North, where she attended Palmerston North Girls' High School. In 1927, she began studying at the Canterbury College School of Art, but never completed her diploma in fine arts. She continued to study until 1933, including classes at Auckland's Elam School of Fine Arts, where she was introduced to Renaissance and Medieval art and received traditional training in life drawing, still life, and landscape painting.

Angus married fellow artist Alfred Cook in 1930, but they separated in 1934 and divorced in five years later. She signed many of her paintings as Rita Cook between 1930 and 1946, but after discovering that Cook had remarried changed her surname by deed poll to McKenzie, her paternal grandmother's surname. As a result, some of her paintings are also signed R. Mackenzie or R.McKenzie. After a short period teaching art in Napier, Angus lived for most of the thirties and forties in Christchurch, where she produced a large number of portraits, including Head of a Maori Boy (1938) and Portrait (Betty Curnow) (1942). In many cases, she was able to capture the essential personality of her subjects, moving beyond the mere representation of forms. She also painted fifty-five self-portraits, particularly during her later years when she became afflicted with increasingly serious bouts of narcissistic disorder.

Angus began to suffer from mental illness in the late 1940s and entered Sunnyside Mental Hostital in 1949. The following year she moved to Waikanae to convalesce and began traveling widely around New Zealand, regularly visiting Hawke's Bay, and painting one of her best known pieces Central Otago. She eventually settled in Wellington in 1955, where she focused primarily on landscapes, such as the iconic Boats, Island Bay), and lived next door to the artist Leo Bensemann. Their adjacent flats became a hub of the local art scene and they both encouraged and spurred each other on in their art, with Angus producing some of her finest portraits during this period. Her lifelong pacifism is also evident in the art she produced in the 1940s, during which she avoided any kind of war work, flatly stating, "As an artist it is my work to create life and not to destroy it." She then produced three goddess images symbolizing peace, of which Rutu is the best known.

In 1958, Angus won a New Zealand Art Societies' Fellowship and travelled to London to study at the Chelsea School of Art and the ICA, as well as visiting Scotland and Europe to study modern and traditional European art. Angus devoted much of 1960 to the painting of a mural at Napier Girls' High School which was commissioned to commemorate the girls who died in the 1932 Hawke's Bay earthquake and can now be seen at the front of the school hall. In 1969, her health rapidly deteriorated and she died of ovarian cancer in Wellington Hospital in 1970, aged sixty-one.

Trevelyan is a widely respected Wellington art historian and curator who also edited Toss Wollaston: A Life in Letters and co-wrote Rita Angus: Live to Paint & Paint to Live. She is a gifted writer, and her compelling study delineates the painter's private struggles, assesses her public reputation, and brings her art back to life. Drawing on a wealth of archives and letters that trace the outlines of Angus’ life from her childhood in Napier and Palmerston North, Trevelyan reveals a highly articulate artist who was full of intellectual curiosity, forthright about her emotions, powerfully committed to her pacifist and feminist beliefs, and above all dedicated to her life as an artist. The NZ Listener review commented, this is “the first and only bio of Rita Angus, feminist, pacifist, socialist … stacked with the works of one of our best-loved painters.”

Art historian Mark Stocker sums up the lasting appeal of her paintings as follows - “She was a terrific watercolourist and quite an 'easy' artist - only briefly abstract (before she realised how awful it was), but highly figurative and determinedly linear, with solid colours filling in the spaces surrounded by the outlines. An excellent draughtsman, she could have been a successful illustrator for Marvel Comics, but she never became an oil painter of the first rank, unlike her near contemporary Rata Lovell-Smith, whose work has been insufficiently recognised."

"Her landscapes exploit the sharp, clear light that has captivated visitors, artists, and New Zealanders for generations and depict a rural myth with which we can all identify. Opinion will always be divided over the value of her portraiture (especially the self-portraits), partly because they reflect her misanthropic narcissism, but also because there is just too much of it. Many of her other portraits are intensely compelling, however, and Rutu is an unforgettable image.”