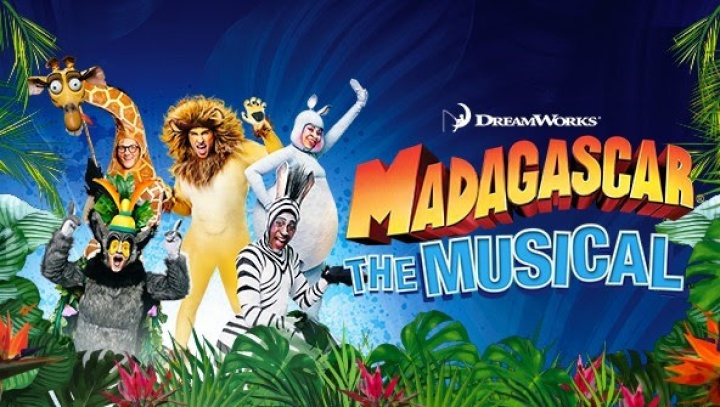 New Zealand’s own boy band star Andrew Papas has been signed to play the “mane man” Alex the lion in GMG Productions New Zealand tour of Madagascar - the Musical, breaking out of the zoo and on to a stage near you this July & August!

Away from the band, Andrew achieved four top 20 singles and success on stage in Evita, Joseph and the Amazing Technicolor Dreamcoat, Disco Inferno, High School Musical and Grease. He has also hosted Sticky TV as a core presenter and co-hosted the ZM Chart show.

As Alex the lion, he will become the main attraction at the Central Park Zoo and undoubtedly “The King of New York City”. This fun-loving fella whose devotion to steak is matched only by his devotion to his friends.

He and Marty the zebra, Melman the giraffe and Gloria the hip hip hippo have spent their whole lives in blissful captivity before an admiring public without a care in the world. Or so they thought.

Not content to leave well enough alone, Marty lets his curiosity get the better of him and makes his daring escape – with the help of some plotting penguins – to explore the world.

Just like the movie, Madagascar - the Musical is ferociously fun and follows all your favourite crack-a-lackin’ friends as they escape from their home in New York’s Central Park Zoo and find themselves on an unexpected journey to the madcap world of King Julien’s Madagascar. Filled with outlandish characters, adventure galore and a catchy upbeat score - you’ll have no choice but to “Move It, Move It!”

This fun-filled family musical. adapted from the critically acclaimed smash-hit DreamWorks animated motion movie, features all the bells and whistles of the international touring production including a lavish set, world-class puppets and colourful costumes.

Andrew will be joined on stage by a stellar all-Kiwi cast including R&B singer-songwriter and actress Kristin Paulse (We Will Rock You, Bring It On, Hairspray, Rent, and The Color Purple) as the sassy hippo Gloria; Ben Freeth (Buddy: The Buddy Holly Story, The Phantom of the Opera, Mamma Mia! and Wicked) as the hypochondriac giraffe Melman and LeRoi Kippen (Hairspray, Rent, Grease, Chicago and The Producers) as Alex’s best friend Marty the zebra.

Geena Hutton (Jersey Boys, Mary Poppins, We Will Rock You, Annie, Grease); Cole Johnston (Cats, Yesterday); Jack Shatford (Cinderella, Rock of Ages, Strictly Ballroom The Musical); Caleb Jago-Ward (The Voice Australia, The Ten Tenors, We Will Rock You, Priscilla Queen of the Desert and Hairspray) and George Hiku (Shrek, Beauty and the Beast and West Side Story).

Welcome to the jungle: in Madagascar, it’s fun and games for the whole family!