Meet The Man Who Rocked The World 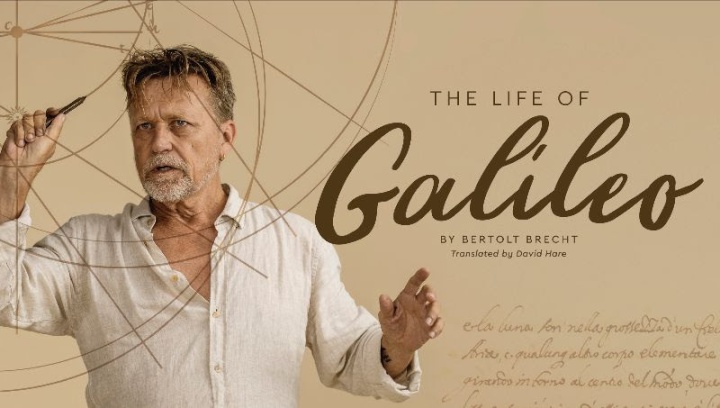 Michael Hurst leads a large, star-studded cast in Auckland Theatre Company’s biggest and boldest production of 2021; The Life of Galileo

Arguably Bertolt Brecht’s greatest play, The Life of Galileo captures a brilliant discovery by a brilliant mind that changed our understanding of the universe. Eventually.

ATC Creative Director Colin McColl (ONZM) says, “We are lucky to have an actor of Michael Hurst’s calibre keen to take on this demanding role. His rigorous intellect, curious mind, consummate craft and physicality make him perfect to play Galileo. Far from being an austere, cloistered dry scientist, Galileo is an earthy, amusing, devious and flawed character, with a lust for life and discovery.”

In 17th century Europe, the famous and visionary mathematician, physicist and astronomer Galileo Galilei found himself in hot water with the Catholic Church for supporting heliocentrism: the idea that the Earth revolves around the sun, not, as was the belief at the time, the other way around. He also proposed that the Earth was not the centre of the universe, as espoused by the church. Cue major drama.

Galileo was forced by the church to keep quiet, retract his heresies and was placed under house arrest. It wasn’t until a century later that the church finally backed down on its opposition to his theory.

The themes in Galileo are more relevant than ever today. At a time when scientific facts and inconvenient truths about our world are being dismissed by some in power, we can look to the past as a reminder that we need to stop history repeating itself. Arrogant leaders - be they religious, government, or big business - who refuse to accept the findings of science, should be challenged, and held to account by society.

A showcase of bold ideas and brilliant theatricality, Auckland Theatre Company’s season of The Life of Galileo opening 22 June at the ASB Waterfront Theatre celebrates a man who looked to the stars, risked heresy, and changed how we see the heavens.