Amalia Hall Takes On Paganini With Orchestra Wellington This Weekend

He sold his soul to the devil in exchange for the gift of supernatural musical virtuosity. That was the legend that followed Italian violinist and composer Niccolo Paganini. 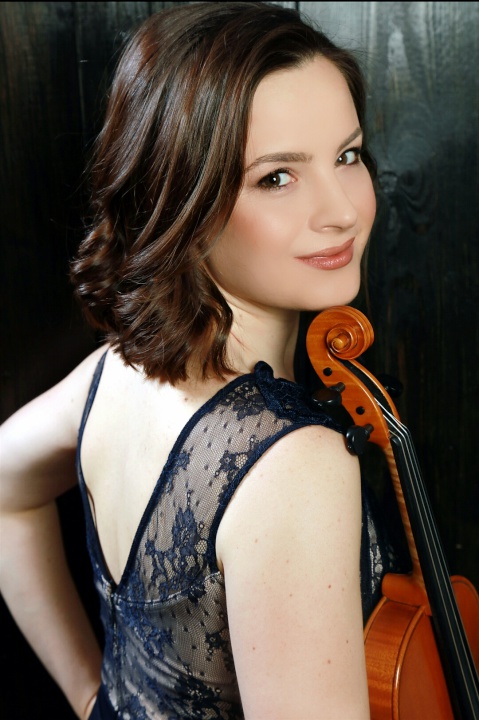 Now it's the turn of local virtuoso Amalia Hall to take on Paganini’s bravura style, when she performs his dramatic second Violin Concerto ‘La Campanella’ with Orchestra Wellington this weekend.

“I'm thilled to be playing this piece with Orchestra Wellington, as it's a real virtuoso showpiece which isn't programmed so frequently,” Hall says.

“This concerto by Paganini showcases the epitome of technical possibilities on the violin, with brilliant arpeggios scaling the fingerboard, passages full of double-stopped thirds, sixths, octaves and tenths; double harmonics, left hand pizzicato and extremely high playing where my fingers are clustered together because the note spacing is so close.”

“This piece is also centred around the lyrical aspect of how the violin can sound like the human voice. It's full of indulgently operatic character changes, full of drama and yearning, flitting from fragility to intensity, with moments of being completely carefree and joyous, and an almost Spanish flavour in the last movement.”

Tall, dark and handsome, Paganini did little to discourage the devilish rumours which only enhanced his reputation as a 19th century superstar. Amalia Hall’s virtuosity is more likely the result of natural talent than any pact with Diablo, but what the two do share is an ability to dazzle every audience they play for.

Growing up on Auckland's North Shore, Hall's exceptional gifts on the violin were recognised even before she made her orchestra debut with the Auckland Philharmonia Orchestra aged nine. At age ten, she became the youngest person admitted to the National Youth Orchestra; before taking flight to further her studies at the Curtis Institute of Music, America's most selective university, and winning competitions at home and abroad.

Well established now as the best violinist in the country, Hall has been a regular soloist with orchestras in New Zealand, and has made solo appearances around the world including I Virtuosi Italiani, Munich Chamber Orchestra, NDR Radiophilharmonie, Filarmonica Marchigiana and Mexico State Symphony Orchestra, and with orchestras
from Uzbekistan to Australia.

Like many of her fellow Kiwi music stars, Covid has forced Amalia to curtail her international music career and perform at home, all the more reason to make the most of her local performances before she travels abroad again.

“This is the longest period of time I've spent in NZ since I was 18, and I'm very grateful to be here in NZ as there's no place like home - but I'm definitely looking forward to travelling overseas again,” Hall says.

The concerto, "La Campanella" gets its name from the gypsy influenced third movement, where the soloist duets with a handbell. It was an instant success with audiences, and inspired another classical rock star of the 19th century, pianist Franz Liszt, to write one of this best known pieces, his Grande Etude No. 3.

In the 21st century the bell's part is usually played by the triangle, but who knows, maybe the Devil will have a hand in it somewhere?

Also on the programme are Franz Liszt’s Les Preludes and Mazeppa. One of Chopin’s most famous works Polonaise ‘Militaire’ takes on a new life in an arrangement by Glazunov.