A ground-breaking new book, The Soils of Aotearoa New Zealand, will launch during the joint New Zealand-Australia soils conference on Monday 28 June at the University of Waikato. 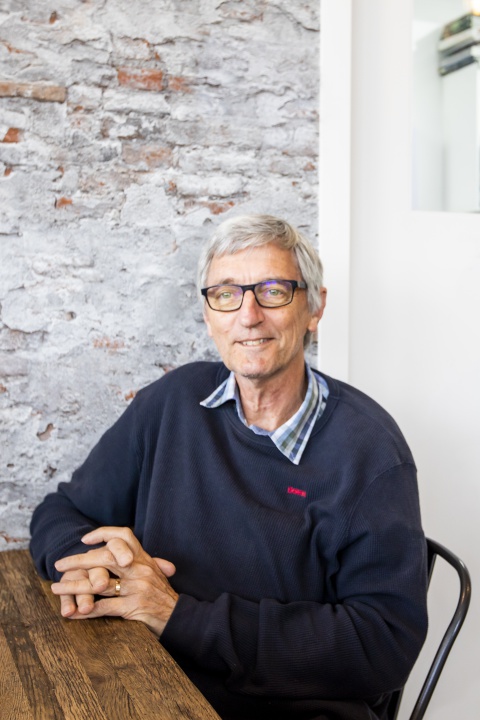 Professor David Lowe from Te Aka Mātuatua - School of Science at University of Waikato, taken by Victoria Baskin Coffey.

Published as part of the World Soils Book Series by Springer, the book is the first of its kind to be released in almost three decades, says one of its co-authors, University of Waikato soil scientist Professor David Lowe.

An engaging and detailed book, it builds on the widely used title, New Zealand Soil Classification, first published in 1992.

The book has been a labour of love for its three authors - Dr Allan Hewitt from Manaaki Whenua Landcare Research, and Dr Megan Balks and Professor David Lowe from Te Aka Mātuatua School of Science at the University of Waikato - who, between them, have more than 110 years of experience in soil science.

The book has also involved collaboration and consultation with a wide range of experts, including archaeologists and iwi historians.

Relevant to the agricultural and horticultural industries as well as science generally, the book is an introduction to the diversity of soils across the country, including chapters on each of the 15 soils orders (Allophanic, Anthropic, Brown, Gley, Granular, Melanic, Organic, Oxidic, Pallic, Podzol, Pumice, Raw, Recent, Semiarid and Ultic Soils).

The book addresses the importance of ancient soils constructed by early Māori for cultivating kumara and also features a new chapter on soils in the Ross Sea region of Antarctica.

Topical themes are also addressed, including the loss of high-value soils to housing and urban development, and how to best use or manage this land.

New Zealand only has “a limited number of highly versatile class one and two soils” and these fertile agricultural areas are being threatened by urban growth, as cities and towns spill ever outwards.

“We only have 5.2 per cent of our soils as class one or class two, and of course they are where all the towns are and not by mistake. They have good chemical and physical fertility, are reasonably flat, and they can grow good food.

“The problem is the towns are expanding… the Pukekohe area is challenging as about 25 percent of our fresh vegetables come from there.”

Some soils, such as the Horotiu soils in the central Waikato, have taken more than 20,000 years to develop.

“They are made up of volcanic ash deposits and have been built up over time, millimetre by millimetre, overlying the alluvium which underlies the plain. You’ve got perfect drainage, enough material for root volume, beautiful physical properties with a crumb structure so no root impediments … they hold water during drought, let water go when it is hammering with rain - their physical properties are perfect.”

Parliamentary Commissioner for the Environment, Simon Upton, will speak at the book launch at the University of Waikato on 28 June, along with Dean of Science Professor Margaret Barbour.