Massive Company Return With Work Exploring The Importance Of Family 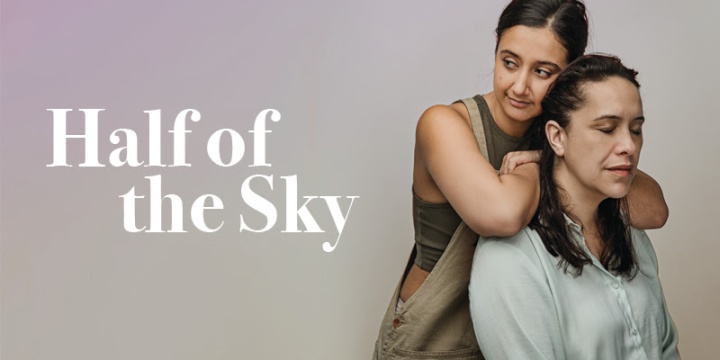 After a hugely successful season in 2019, Massive Company return with Half of the Sky, a heart-warming and tender tale of three sisters and of whānau dynamics. Performed by an impressive cast, this show was written by BAFTA award winning actor and playwright Lennie James, best known for his work on hit TV show Fear The Walking Dead, Save Me and Save Me Too. This poignant production will play at Q Theatre’s Loft 7 - 11 September and at Whangārei’s ONEONESIX 15 - 18 September, as part of Massive Company’s 30th year celebrations.

Returning to their roles from the premiere season is long-time Massive collaborator Kura Forrester (Shortland Street, Golden Boy), Max Palamo (The Sons of Charlie Paora, Super City II), and Pat Tafa (The Wholehearted, Westside). Alongside them is Trae Te Wiki (Second Unit: What We Do in the Shadows and Hine Kihāwai) and Massive newcomer Roimata Fox (Waru, The Pā Boys), all under the helm of Massive Company’s Artistic Director Sam Scott as Director in a production which promises to move, charm and delight audiences.

The Rose sisters journey home for a weekend of birthday celebrations beside their awa. Ny, Rua and Rika find themselves caught in a whirlwind of realisations, as incomplete truths become whole, and the ties that bind their whānau together are tested. A weekend of pitching tents riverside, sharing snacks, hilarious dancing and reminiscing becomes embroiled with lies, loss, and old and new love as the sisters face the inescapable truths of the past and work out what is most important to them.

Half of the Sky brilliantly weaves together themes of loss and the importance of familial love, juxtaposing poignant moments of humour with the moving themes of this story to examine what makes us human. Relatable and resonant, the story explores both love and tension in a perfectly balanced drama, allowing the talented cast to shine in roles that are gritty and complex.

“Half of the Sky is Lennie at his best and I am lucky enough to work with his brilliant script and these stunning actors, what a joy! This show hits you in all the right places. I loved that in our last season the audience would be actively murmuring their thoughts and feelings alongside the actors, they were so compelled by the thoughts being expressed”, says Sam Scott.

This work is Lennie James’ third collaboration with Massive Company, following The Sons of Charlie Paora (2004) & Havoc in the Garden (2011). Half of the Sky, which was developed in collaboration with members of the Massive ensemble in 2018 to tell this uniquely New Zealand story, is a triumphant example of the spirit of collaboration that is woven through Massive’s three decades as a company.

With design from Paul McLaney, Jane Hakaraia & Daniel Williams, Half of the Sky is a tale about whānau, and the secrets that can dwell within them, told with heart and humour by Massive Company.

HALF OF THE SKY