The anniversary of the end of the Korean War has again been marked in a small lower North Island town with the help of school children and the New Zealand Army’s 16th Field Regiment this week. 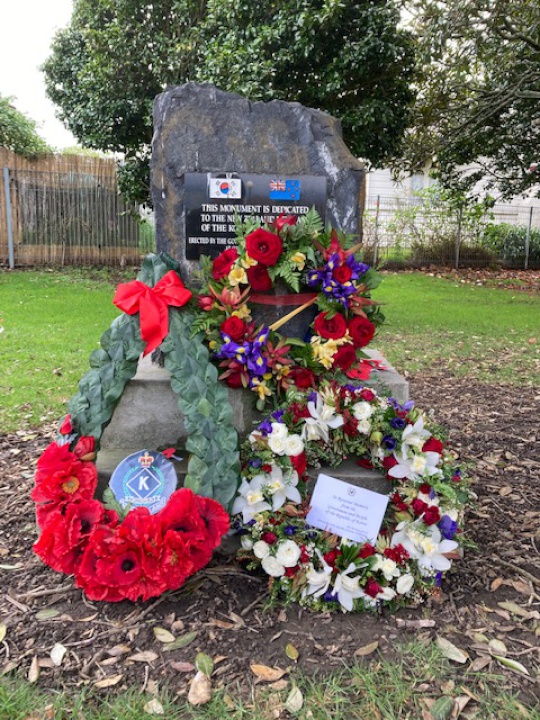 Since it was first organised by local veterans, it is regularly attended by the South Korean ambassador and local and military dignitaries.

“New Zealand was one of the first nations to respond to the United Nations Security Council’s call for assistance in Korea, and New Zealand was the second largest troop contributor per capita,” said Lieutenant Colonel Dean Gerling, Commanding Officer of 16th Field Regiment.

“The Regiment continues to support the Ōtaki event. This year it began the day with a static light gun and mortar display - a highlight for the students and veterans.”

The Regiment arrived in Korea on 31 December 1950, along with 10 Transport Company and a Divisional Signals detachment.

It played a crucial part in the Battle of Kapyong in April 1951, when waves of enemy soldiers were repulsed using a combination of infantry holding ground and artillery fire support.

For its role in halting the attack the Regiment was awarded the Korean Presidential Unit Citation.

The wreath-laying ceremony followed, where the veterans and fallen were acknowledged for their service during this era. The regiment mounted a Catafalque Guard around the Korean War Monument.

At the conclusion of the service students conducted a pōwhiri and cultural activity in the school hall. It was followed by the South Korean ambassador His Excellency Mr Sang-jin Lee hosting a lunch at the local RSA.

Hostilities during the Korean War lasted from 25 June 1950 to 27 July 1953. Around 4700 New Zealanders served as part of the New Zealand contingent - Kayforce - under United Nations’ command and 45 men lost their lives serving in New Zealand forces - 33 of them during the war.