Ultimate Collision Of Form Brings Zombies And Cinema To Silo

Silo Theatre is bringing an exhilarating collision of cinema, theatre, and music to the iconic Hollywood Avondale, teaming up with Jumpboard Productions to present their most ambitious Live Live Cinema project yet - an immersive live experience of cult classic Night of the Living Dead, playing September 9-18. 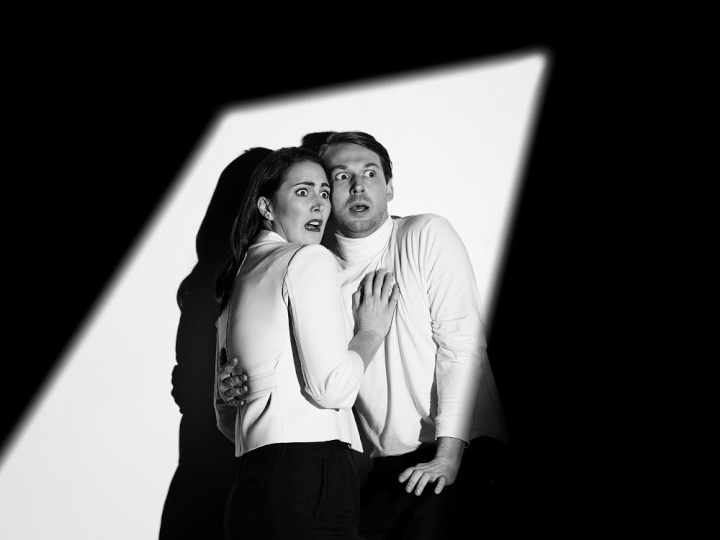 George A. Romero's astonishing debut film made waves when it premiered in 1968, but the innovation kicks up to a whole new level in this live experience as every element of sound in the film is thrust into the brave and capable hands of Hayley Sproull (Have You Been Paying Attention?, Golden Boy, Little Shop of Horrors) and Jack Buchanan (Mrs Warren’s Profession, Homos, or Everyone in America, Don Juan). As the film plays silently, the pair have the monumental task of voicing all but one of the characters, creating all foley and sound effects, and playing a new original score by composer Leon Radojkovic live on stage, amplifying the suspense and tension of the film to the absolute limit.

As fans of Live Live Cinema's previous shows, Silo are reinventing the inventive format, adding their signature polish to the rough diamond of this landmark piece of cinema. In a first for Live Live Cinema, the experience will retain the voice of lead actor Duane Jones, who made history as the first black lead in a horror film as he held a mirror up to the social and political concerns of 1960s America. The compelling blend of historic and contemporary conversations, presented in form-breaking entertainment is a shared value for both companies.

Speaking about their collaboration, Director Sophie Roberts says, “Leon has an amazing talent for reimagining cinematic gems and creating new layers of meaning for how audiences interpret them. As a director, I'm really looking forward to the unique performance challenges of this show, as it's always thrilling to watch performers achieving that virtuosity that can come by attempting the impossible.”

From cinephiles seeking an elevated experience of going to the movies, to audio obsessives getting a peek behind the magic curtain as the soundscape is created live, to theatre-goers set to be enchanted by the masterful performance of this talented twosome, Night of the Living Dead is a simply unmissable theatrical event. Having tackled Little Shop of Horrors, Carnivals of Souls and Dementia 13, Live Live Cinema is a unique theatrical experience that has to be seen to be believed. Captivating audiences in Australia, Ireland, the UK, Europe, and across Aotearoa with their feverishly sophisticated productions, Night of the Living Dead is the ultimate live live experience.

“...a tremendous spectacle of both cinema and human endeavour...I didn’t want the performance to end.”
– Exposure (UK) on ‘Little Shop of Horrors’

“At one point we clutched each other and screamed like teenagers… The enveloping result - in our
case at least - was embarrassingly effective. Exhilarating.” – NZ Herald on ‘Carnival of Souls’

The film itself has stark resonance decades after its release, presenting a version of reality devouring itself from within which doesn’t feel too distant from 21st century life. Creator and musical genius Leon Radojkovic (My Heart Goes Thadak Thadak, Boys Will Be Boys, Peter and the Wolf) gravitated toward a film that not only spawned an entire genre in film-making despite its shoestring budget, but also remains to be one of the most socially relevant horror movies to ever be made.

“Night of The Living Dead could not be more vital,” says Radojkovic. “Scratch the surface of this apocalyptic vision, and you will find a rich piece of oppositional pop-culture. The inability of individuals to overcome their fear and mistrust of others thwarts any possibility of meaningful communication and co-operation in order to combat an overwhelming external threat is something that feels all too familiar.”

Experience one of horror's seminal revolutionary films in an all new way as this outrageous premise gets given a thrilling Live Live Cinema treatment.