Walsh Comes Through For Bronze

Tom Walsh put the madness of his qualifying round behind him to claim his second Olympic shot put bronze medal today. 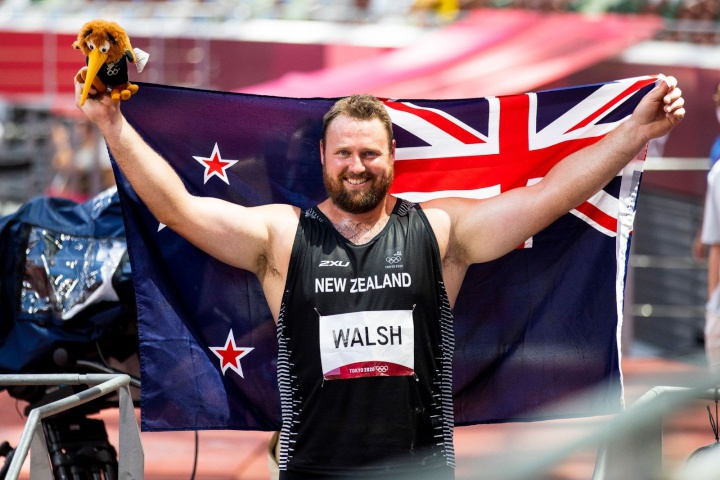 Walsh had a best throw of 22.47m, and backed that up with two other 22m-plus throws.

He finished some way behind American Ryan Crouser who beat his own Olympic record on six straight throws and had a best of 23.30m, and another American, Joe Kovacs, 22.65m.

But after what went on in the qualifying round earlier in the week, Walsh deserved top marks for his composure today. In qualifying he was fouled on each of his three throws then had two of those decisions overturned after video replays. For a few moments, it had appeared he would not even make the final.

Fortunately the Timaru man is one calm customer, who generally seems to be enjoying himself whatever the competition.

Crouser, Kovacs and Walsh were also the bronze medallists in Rio five years ago, though their throwing today was far more impressive. They are currently the big three of men’s shot putting.

Unfortunately for the other New Zealander in the shot put final, Jacko Gill, he too replicated his Rio performance, finishing ninth and so just missing out on a top 8 spot that would have guaranteed him three more attempts.

Gill had looked good in qualifying, but in the final had a foul and two throws of 20.71m, far below his best. He missed out on the top 8 by a bare two centimetres.