Last night’s launch of the 2021 Tauranga Arts Festival was received with rapturous applause as a capacity crowd at Baycourt Theatre embraced a programme featuring some of New Zealand’s best performers. 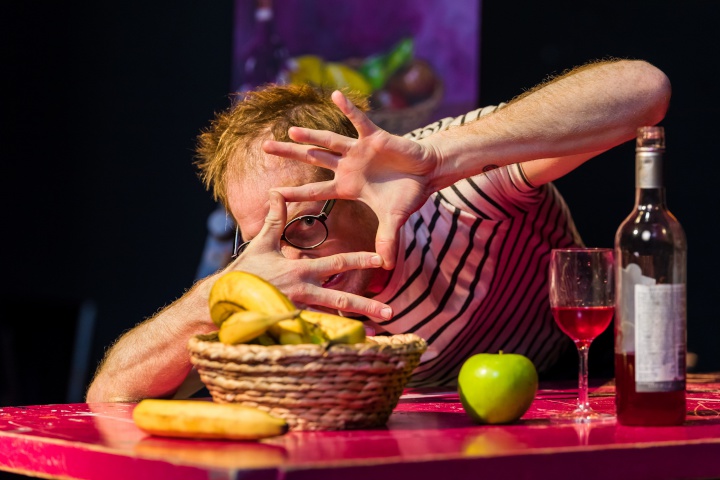 TheArtist: Thomas Monckton is bringing his madcap family show ‘The Artist’ to the Tauranga Arts Festival.

Artistic director Gabrielle Vincent said her programme had been inspired by Tauranga’s people, landscapes and wairua. “This place gets under your skin,” the Auckland-based Vincent said, “and this festival is a celebration of the energy and joy being here has given me.”

The programme for the October 21-31 festival has been more than a year in the making, a year disrupted by lockdowns and learning to live in a ‘new normal’. “So many of these artists are only on our shores because they can’t tour the world right now,” Vincent said. “Sometimes I forget how lucky we are just to be in a room together.

“I have been drawn to live experiences that lift us up and show us that there is always a new and unexpected way to see the world.”

Country singer and comedian Wilson Dixon, a sell-out at the 2019 festival, was on hand to talk about his new show and perform a few songs, and the audience also enjoyed video messages and clips from other performers and shows.

Among the festival’s highlights:

“I hope the voices in the festival reflect the diversity and heart-beat of the Tauranga people,” Vincent said. “And that they create a sense of togetherness and belonging for both audiences and artists.”

The popular Tauranga Fringe family day returns to the Historic Village on October 23, and Willow Street, including Tauranga Art Gallery, in the central city will be alive with a free visual arts programme throughout the month of October.

A Festival hub will once again be established at Baycourt Community and Art Centre with two theatre venues inside the building and the travelling venue, Carrus Crystal Palace, with its Kiwiana-themed interior, on the Baycourt lawn.

Tickets to all shows from the Baycourt box office and ticketek.co.nz, earlybird prices until September 5. Earlybirds for ‘The Haka Party Incident’ and ‘Black Sea Golden Ladder’ (Troy Kingi and Delaney Davidson) end on August 12. See the full programme at taurangafestival.co.nz