High Fashion On The Farm 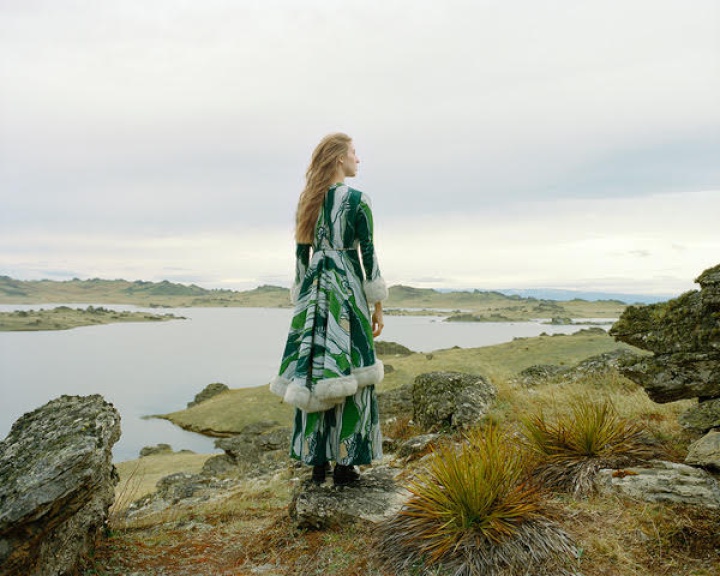 Escape into the unexpectedly glamourous world of Eden Hore, a visionary farmer who collected more than 200 couture gowns in 1970s Aotearoa, in a new exhibition at The Dowse this summer.

Eden Hore was a high country farmer from Naseby, Central Otago. Nationally admired for his farming prowess, he also amassed a collection of high fashion garments by designers who too sought escape from the everyday drabness of 1970s New Zealand.

It is the first time since the late 1980s that the stunning collection has been presented in a stand-alone exhibition outside its South Island home, in a unique partnership between The Dowse and Central Otago District Council. The free exhibition is expected to be a huge drawcard on the summer events calendar.

Dr Chelsea Nichols, Senior Curator at The Dowse and co-curator of the exhibition, says that it will celebrate the pursuit of glamour in unexpected places.

“Although it will be filled with some of the most delicious retro dresses I’ve ever seen, this exhibition is about more than fashion—it is about celebrating those who dare to be different and bringing a little bit of Eden’s love of glamour into reach for anyone who craves it.

“I like to imagine it will be like watching a sheep shearing competition at the Met Gala – all about beautiful and compelling contradictions,” she says.

“Eden Hore’s collection offers a joyous riot of colour, pattern and optimism,” she says. “It features designers, such as Kevin Berkahn and Vinkca Lucas, who specialised in extravagant, special occasion garments, designed for women who wanted to be seen.”

“They were designers with big dreams that stretched well-beyond New Zealand’s shores.”

In 2019, renowned photographer Derek Henderson was commissioned to photograph a selection of garments being modelled in Central Otago landscape, styled by international stylist and fashion editor Megha Kapoor and modelled by Sydney-based model Hannah Clark.

“The photographs propel the garments into the 21st century, to be viewed afresh,” says Regnault.

Lower Hutt Mayor Campbell Barry is excited for The Dowse to host the exhibition, and says it’s all the more reason to get out to Lower Hutt this summer.

“However, it’s that juxtaposition that makes it all the more interesting, and I encourage everyone in the region to come and check it out when it’s on display.”

Eden Hore: High Fashion/High Country is created in partnership with Central Otago District Council and with support from Te Papa. It’s presented as part of the New Zealand Festival of the Arts 2022 programme.

Central Otago Mayor Tim Cadogan says he is looking forward to returning to The Dowse for the opening of the exhibition.

“Since becoming Mayor, I have fallen in love with the story of Eden Hore, the most unlikely of fashionistas, and the collection itself.

“I look forward to seeing Derek Henderson’s incredible photographs of some of these priceless garments in the unique Central Otago countryside, displayed in one of Aotearoa New Zealand’s great art spaces.”

The exhibition is on at The Dowse from 4 December 2021 until 20 March 2022, as part of The Dowse’s 50th Anniversary programme, and highlights the gallery’s commitment to fashion histories and celebrating the unexpected.

The Eden Hore Central Otago collection is on loan from the Central Otago District Council. The Council purchased the garments in 2013 recognising it is an important part of the cultural and historic fabric of Central Otago.

Become a member Get our free pānui
Find more from The Dowse on InfoPages.
Culture Headlines | Health Headlines | Education Headlines