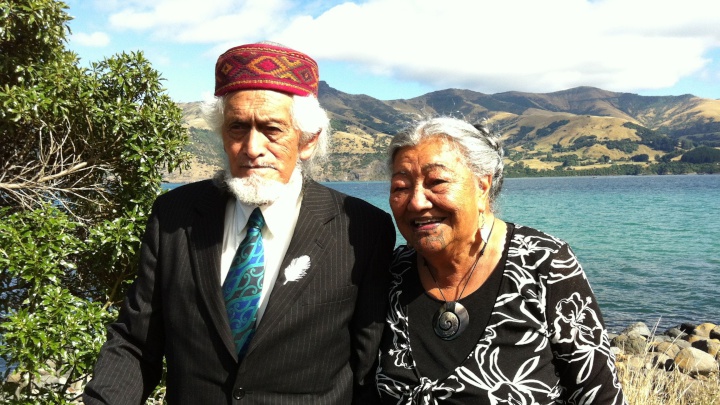 Dr Te Huirangi Eruera Waikerepuru CNZM (Taranaki, Ngāpuhi) passed away at the Palmerston North hospital in the presence of his Waikerepuru whānau including daughters Ria and Te Urutahi.

Dr Waikerepuru was instrumental in the Ngā Kaiwhakapūmau i te Reo Māori movement, leading the case through the privy council that New Zealand should recognise and protest Te Reo Māori as a taonga under te Tiriti o Waitangi, and lobbied for the establishment of Te Māngai Pāho, iwi radio stations and Māori Television. He was a Companion of the New Zealand Order of Merit, was awarded a lifetime achievement award at the Māori language awards in 2016, and a life member of Te Hautū Kahurangi|Tertiary Education Union.

Huirangi, along with Katerina Daniels who died only a brief three weeks ago, was one of the Kaumātua for ASTE Te Hau Takitini o Aotearoa from 1988 and then for TEU Te Hautū Kahurangi from its inception in 2009.

Our hearts break at this time not only for the passing of such a leader but also at a time when we cannot share our grief with his whānau and friends and colleagues.

Huirangi’s clarity of leadership and the compassionate and thoughtful way he led our union on its journey of discovery, which has built our relationship with Te Tiriti o Waitangi, will always be cherished.

As TEU Tauheke, Huirangi composed the TEU karakia in 2009, which has since opened and closed TEU events, identifying and locating members with our people, place, and purpose.

The merging of spirits, out in to the World of Light, life, knowledge, and illumination.

Huirangi and Māori members of TEU informally referred to the union as Te Ū. The concept of Te Ū derives from the union’s logo and refers to the two centre koru at the heart of the logo which represent the voices of general staff (left red koru) and academic staff (right gold koru). Combined, they form Te Ū (short for ūkaipō) or the original source of sustenance for humankind. The concept also refers to, the heart, mind, and soul of the union, and its diverse membership, ethnicities, and cultures mutually supporting each other – emotionally, physically, intellectually, and spiritually.

The values on which our union rests and the paths that we choose now are ones that he has guided us to, gently but clearly.

Huirangi has made so many contributions in so many other spheres that he has been active in through all of his life. In the union space, his patience and skilful teaching has had an enduring impact that means the TEU will continue to be shaped by his values and philosophy long after his death. The sign surely of a true and inspiring leader.