Mike King sends a message of hope to New Zealand


From Bluff to Cape Reinga, Mike King sends a message of hope to New Zealand 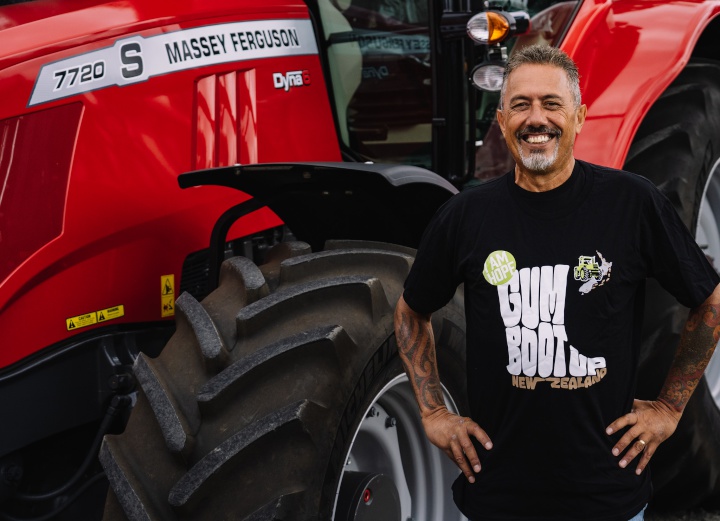 Mental health advocate and 2019 Kiwibank New Zealander of the Year, Mike King embarks on a nationwide tour to promote positive, societal and attitudinal change towards mental health in New Zealand.

In the lead up to Gumboot Friday April 3, Mike King and 30 others will travel 2000kms on a fleet of 20 tractors to host free community and school events throughout the country.

New Zealand's latest suicide statistics released by the Chief Coroner in August last year showed another annual increase. In the year to June 30, 685 people took their own lives - 17 more than the previous year.

“Now more than ever, we need kiwis to reach out to friends and whānau. We encourage everyone to ask those you’re closest to if they’re ok.

“Our nationwide trek is about raising awareness and encouraging communities and individuals to drive the attitudinal and social change that is needed to reverse the incidence of anxiety, suicide and depression.

“This year with the help of the highly experienced Tractor Trek team we are focused primarily on our rural communities who face high rates of poor mental health and suicide,” says Mike King.

“Too many rural folk are so busy looking after their families, their animals, their friends and workmates that they put themselves at the bottom of the list, and fail to reach out for help. Mike King is a champion for getting stuff out in the open, and talking about depression and suicide. Good on him. Federated Farmers wishes every success to Mike King and the Tractor Trek Team and urges farming families to get in behind the initiative.”

Tractor Trek is a fundraising drive that was launched in 2016 by Phil Aish to raise support and awareness for Hospice. A chance encounter with his daughter Cat Levine and Mike King, led to the Trek supporting the Gumboot Friday initiative this year.

“As fourth generation farmers, supporting and raising awareness for positive mental health within the farming community is something we feel strongly connected to as a family. With this trek, we are sending a message of hope to those in need. They are not alone and we support them wholeheartedly,” says Gumboot Friday Tractor Trek Manager, Cat Levine.

Mike King says, “it’s great to have Kiwibank, a foundation partner in 2019, back on board to help make the Tractor Trek possible and spreading the message of hope in communities across New Zealand”. The tour is also supported by Hope Wines, Interislander, Farmlands, Fonterra, Skellerup, Skycity, Starbucks, The Warehouse, TR Group, Z Energy, among others.

See here to find an event happening near you. <