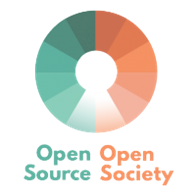 Yesterday Kathryn Ryan interviewed Eric Hysen, the head of U.S. Digital Service at the Department of Homeland Security (DHS) about his organisation's efforts to streamline and improve government IT projects. Hysen, formerly a Silicon Valley tech guru at Google discusses how DHS is partnering top private sector tech expertise with innovators inside government to transform critical government services. This approach is part of a fundamental shift in thinking in the US that seeks to tackle Government services delivery problems through more open source and human centred design approaches. The interview is available here: Eric will be speaking next week at the Open Source Open Society Conference in Wellington on 22/23 August. There is still space available - Grab your ticket now to hear more from him as well as many other leading thinkers in the tech and government space.

Why do we build Software the same way we build Helicopters?

There have been highly publicised failures of major government IT projects both here and in the USA in recent years. We had Novopay, the WINZ service kiosk saga and the INCIS - New Zealand Police database debacle. In the US there was the catastrophic launch of ‘Health.gov’ the website for Obama’s public healthcare service. The common problem with such projects is that they were developed using old ways of thinking about software and government service delivery. As Eric puts it, in the past we have tried to build software like we build helicopters: Plan – Build – Test - Open the floodgates, however in reality this approach is too risky in a software environment.

Hysen states that Health.Gov was a wakeup call to the Obama administration and has led to fundamental changes to the way they operate. DHS has since released the Digital Services Playbook that attempts to promote open source philosophy and agile software development thinking across all government services. This playbook provides a federal source code policy that recommends that departments share more code with each other and release code to the public. New Zealand has also recently released a public open source software policy along these lines, which we covered in a recent blog.

Thinking open makes a better experience for everyone

This focus on open source principles is part of a fundamental mind shift at the heart of US Government approach under the Obama administration to make government services more accessible and human using technology an open approaches. Hysen says this approach was motivated by the idea that People deserve a better experience of dealing with Govt services. The DHS is trying to build in an approach to Human Centred Design which views the entire Government service as a whole and uses a process of Deep user research, prototyping and testing to ensure that what they deliver is accessible to real people.

The DHS is now applying these principles to solving real problems that will affect millions of lives by overhauling the bureaucracy of the immigration system. This is being done by using a more modular, open source and ‘agile’ software development approach. This approach brings tech minded workers into the process earlier and allows earlier release of chunks of government service software in a controlled testing environment much like a new start-up will release in a Beta testing phase. He believes building services on more open and simple software chunks like this not only keeps costs down but ensures you are building what people want as it allows early feedback from users.

Another innovative aspect of the way DHS is working is that Hysen is reporting to the executive level directly and meeting regularly with people from that top level down to the contractors building the software. He says another big lesson learnt from Health.govt was that unlocking the talent inside government agencies requires Empowering people at all levels to question what is going on. This less hierarchical approach gives workers in the government system the ability to challenge status quo and break down silos to get things done.

Applying these lessons to New Zealand

As Kathryn Ryan points out, we could apply these lessons and the DHS approach to major projects in this country such as the tax system overhaul that is currently underway. This approach will help us to unlock the talent of both our private tech industry and the innovative minds within government departments. No doubt Eric’s speech and subsequent discussion at Open Source Open Society will be of interest to people at all levels of public service delivery in New Zealand.

If it sounds like this discussion could benefit you then check out the jam-packed OS//OS 2016 programme of speakers in the tech, government and civic engagement spaces here and grab your ticket to attend next week.

The World is opening - learn how you can make the most of it!

Open your thinking - Be inspired by global champions who are pioneering a more open world. Learn from the people ripping the lid off huge questions and leading NZ forward.

Connect and create - Join over 400 innovators in facilitated open, collaborative sessions. Expect to contribute your perspectives, connect with others. Prove the power of participation and collaboration - by putting it into action.

Level up your skills, your work, your team, your organisation, our society with 3 streams of professional development workshops.