Gordon Campbell on the centre right’s love of 'nanny state' 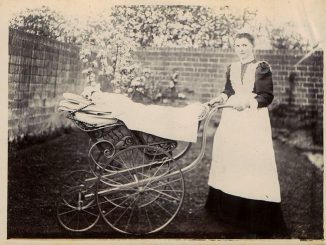 Like clockwork, the old ‘nanny state’ criticism has been wheeled out this week by the National Party and lapped up just as predictably by the mainstream media.

You’d almost think it was 2005 again. That was a time when the rugged individualists of the centre-right were being beset by government regulations on the nature of light-bulbs, the size of shower heads, the junk food available at school tuck shops and other such essentials.

Nannies are female. They fuss. They meddle. Real men don’t need’ em. Like the term ‘First World problem’ that it epitomizes, the ‘nanny state’ label is reserved only for those occasions when the state intrudes upon the lifestyle options of the upper middle class: most of whom see no trouble at all when Big Government micro-manages the lives of anyone poorer than they happen to be.

Like most political clichés, the term flatters the people who use it. This week, the ‘nanny state’ label got attached to Workplace Relations Minister Iain Less-Galloway, because he rejected a National would-be amendment to its parental leave legislation that would have allowed both parents to take up parental leave at the same time. Nanny state-ism, right ? You had to read right to the end of the Dom-Post story to find the reasoning behind the rejection:

Lees-Galloway may have a point that the changes required [would] be out of scope of the current legislation and far more technical than what a simple ‘supplementary order paper’ amendment could capture.

Right. So… given the technical changes to the current bill before the House that the amendment would have entailed, National’s gambit was actually a delaying tactic, and one utterly in line with the party’s track record of hostility to the whole notion of extending paid parental leave. Reportedly, Lees-Galloway was discussing (with colleague Willow Jean-Prime among others)on whether to promote National’s point in separate legislation, and more besides:

Lees-Galloway said one suggestion he had heard was that both parents could take leave for the first few weeks of a baby's life. "It's a completely separate policy issue, we really need to look at it outside this bill," he said..He said Labour did look favourably at a second amendment from National to extend the number of "keeping in touch" days parents could spend at work without losing their paid leave.

National has no credibility to pose as the champion of parents and babies on this issue. In reality, it has had to be dragged kicking and screaming into accepting any extension of paid parental leave at all. During the last term for instance, Bill English used the heavy hand of the state to veto a bill containing an extension beyond 18 weeks - because to do so, he argued, would be “unsustainable. ” The new government’s schedule – 22 weeks by July 2018, and 26 weeks by 2020 – will still bring us up to scratch in three years time only with what countries like Brazil and Russia already offer, but still behind the entitlements available in the United Kingdom. Regardless, those ‘nanny state’ headlines seem to be just too tempting for the media to resist.

The underlying ideology involved is kind of fascinating, though. As mentioned, the centre-right tends to tie itself in mental knots when it comes to the powers of the state. For avowedly sturdy individualists, they seem to have a surprisingly low personal tolerance for the challenges that come with change. Business requires certainty, we are cnstantly told, even as the same firms routinely impose job/ income insecurity upon their workers – for whom apparently, being made to endure regular bouts of change management is a wonderfully bracing and productive experience.

Maybe we shouldn’t be too surprised at the hypocrisy involved. Centre-right parties may campaign on a promise to reduce the clout of Big Government and the dinosaurs of commerce – but once elected, they seem more than happy to preside over the extensive growth of Big Government and the entrenchment of corporate power. It happened in the US under Ronald Reagan, and it occurred here under John Key and Bill English.

That complacency is remarkably inconsistent in the light of what came before. During its final term of office, the Clark government was successfully demonized as an authoritarian regime, a rampant nanny state. Why, the NZ Herald even saw the Clark government as a threat to democracy itself.

So… it wouldn’t be entirely surprising to see National - in Opposition – bringing the same label out of the closet again, with the help of its friends in the corporate media. Purely for the record, lets look at how the Key/English government happily wielded the powers of the state. For some reason, none of this moved the NZ Herald to fear for the fate of democracy.

For starters, National oversaw the extensive expansion of state surveillance, and the ability of the state to hand the information gathered to foreign powers. It passed legislation to formalize and extend the state’s search and surveillance powers, across a range of some 70 state agencies. It sought ‘reform’ of the Resource Management Act, in order to restrict the public’s ability to challenge resource consents. It imposed a range of highly intrusive, punitive and discriminatory obligations on beneficiaries and their families, and was about to use Big Data (compulsorily gathered) to focus state intrusion on families that had received prior attention from state agencies. National also mounted a sustained attack on both the criteria and funding for legal aid, and on the consequent ability of defendants to contest prosecutions mounted by the state.

Moving right along, the Key government passed retrospective legalisation to validate illegal spying by the Police. It scrapped local democracy in Canterbury in order to further its own agenda for water utilization; it granted itself sweeping powers to over-ride local democracy in the wake of the Christchurch earthquake; it stripped workers of many of the key protections they previously held during their first 90 days of employment; it acted to privatize the ownership and much of the profits in energy companies previously owned by all New Zealanders, for the prime benefit of a small minority of them.

It was also a National government that passed a law to remove the right of prisoners to vote, thus violating section 12 of our Bill of Rights and article 25 of the UN Convention on Civil and Political Rights. Such blanket disenfranchisement of prisoners has been held to be inconsistent with electoral rights by the Supreme Court of Canada, by the European Court of Human Rights, by the High Court of Australia, and by the South African Constitutional Court. (Note : removing this injustice should be a priority on the new government’s reform agenda.)

There’s more. The last National government increased the state’s powers to carry out random breath testing and drug testing. It sought to compel agencies (such as Rape Crisis) to hand over personal details of their clients to the state, as a pre-condition of continued funding. It required women to inform the state of the name of the fathers of their children on pain of having their meagre benefits docked, despite the physical danger (from revenge action) this would pose to the woman and children concerned… one could go on, and on. Safe to say, if any of the above had been carried out by a centre left government, the corporate media would be thundering about the arrogant intrusions of the nanny state into the lives of ordinary citizens.

Hey… after nine years of neglect of child poverty, homelessless and proper health funding… maybe a bit of genuine care and attention from the state would come as a welcome development, for most of us.

Elvis Presley’s output on Sun records gives the lie to the myth that he was just a hillbilly natural who didn’t have a clue about what he was doing early on, and who later got corrupted by RCA and the Colonel. Sure, the waste and corruption became real enough, but maybe more because Presley came to feel it didn’t concern his audience much, either way. Audiences do matter.

This year’s The Boy From Tupelo 3 CD box set of Elvis out-takes and live performances from the Sun period offers plenty of evidence to contradict the ‘instinctive performer’ myth that Peter Guralnick and others have promoted. As Elvis, Scotty Moore and the rest of the band revisit these songs in take after take, its fascinating to hear the 19 year old Elvis identifying the core essentials of these songs, holding them through multiple versions, and refining them. Beyond his ritual expressions of Southern modesty, he was consciously shaping this stuff, and was justifiably proud of it.

The nine takes of his radical, hauntingly spectral interpretation of “Blue Moon” offer a case in point. (In line with the haunted mood he was going for here, Elvis dropped the upbeat middle verse.) Here’s take four :

And here’s the final product: