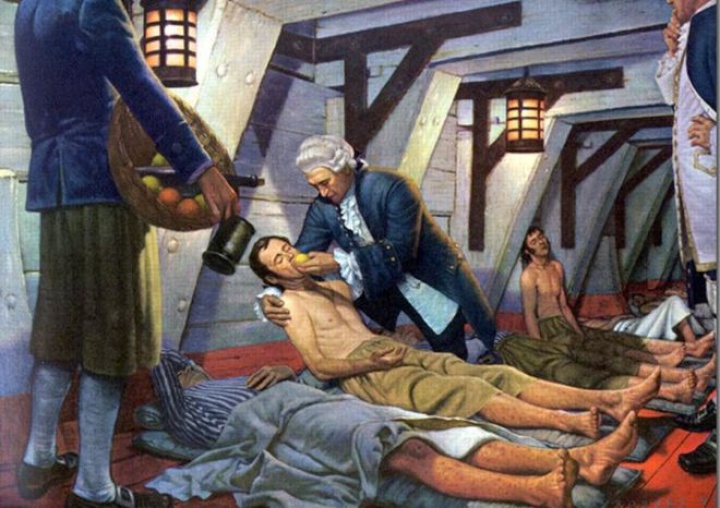 When Captain Cook sailed to New Zealand he fed his sailors limes, and it saved their lives. The essential acid, Vitamin 'C' stopped scurvy, and British sailors became known as ‘Limeys’. Their food was their medicine. It was cheap and effective.

However, today it would be illegal to sell limes to prevent scurvy. Because you would be making a 'health claim' and when you make a ‘health claim’ the food suddenly turns into a medicine, or a ‘drug’ (That claim also applies to dried herbs).

Yet vitamins are needed for normal cell function, growth, and development, and a growing body of scientific data indicates that little known essential acids such as cannabidiolic acid (CBDA) and tetrahydrocannabinolic acid (THCA), (just two of the many essential acids found in the cannabis plant) also affect cell function, both directly and indirectly.

But MoH intends for them to remain prescription only, despite (CBDs) being widely available in shops around the world.

You may know that all animals, and humans, make these essential acids internally. They are called ‘endo-cannabinoids’, and are crucial for our growth and development. A deficiency is problematic, but can be resolved nutritionally before ‘medicine’ is needed.

So, for simplicity, let’s call these molecules ‘Vitamin H’, because H is for Hemp and Health, and Hemp is healthy. Your body makes Vitamin H. So does the hemp plant (aka cannabis sativa) abundantly. But, despite 6,000 years of therapeutic use, it’s been a ‘prohibited plant’ for a century; and now also, due to its health benefits, it’s classed as a medicine.

Although cannabis seed and oil is now available in Countdown and health food shops as ‘hemp’, these are prohibited from being labeled truthfully as (cannabis sativa), or showing the leaf on packaging. Its vitamin H content is also restricted to below naturally occurring amounts, by irrational legislation.

Simply put, vitamin H is being restricted and misrepresented.

Can You Believe the Govt. Won’t Allow Truthful Labeling on health food?

A vitamin deficiency occurs when you do not get enough of a certain vitamin, and a deficiency can cause health problems. Interestingly, when patients with chronic migraine, IBS and fibromyalgia were tested via lumbar puncture, they were found to be deficient in “vitamin H”.

Is there a War on your Food, Health and Wealth?

Find out more about hemp/cannabis from the free digital magazine iHemp: published by the NZ Hemp Industries Association https://joom.ag/u8Pe