COP25: Calls for indigenous voices to be heard

This year's climate talks in Spain come amidst the global wave of protests by young people that have swept the world.

But there are still concerns that several important voices - mostly those of indigenous people - are being ignored. 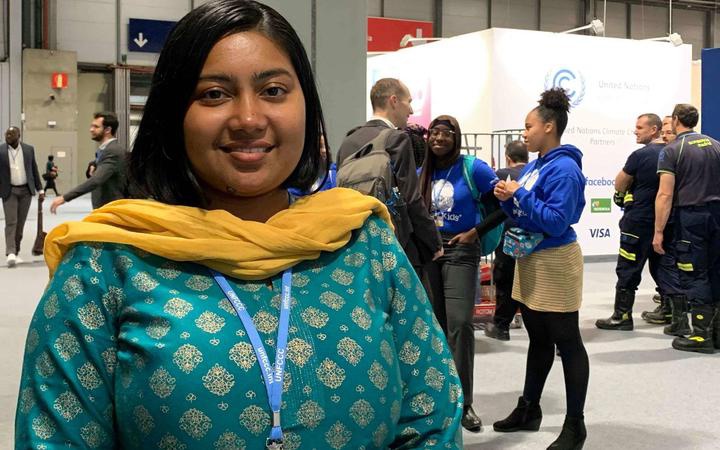 Friday night in Madrid. The sun setting through the golden autumn leaves of Paseo del Prado. Nearly half-a-million people marched through the Spanish capital, demanding that thousands of delegates huddled a few kilometres away commit to drastic emissions reductions.

It's the latest in the wave of student strikes that have swept the world this past year.

Such protests have added urgency to this year's climate talks, where the final details of the Paris Agreement are being thrashed out in what are being described as difficult and frustrating negotiations.

When the Swedish climate activist Greta Thunberg arrived, she was mobbed by crowds hoping to get a glimpse. Her actions heralded by leaders at all levels here.

Genevieve Jiva, a Fijian representing the Pacific Islands Climate Action Network, said over the past year, young people had really started to ramp up the message about climage change.

"But...there are young people from the Pacific, from the global south, who have been amplifying that message for years."

And that's the bind: While the action and anger are welcome, there is unease that it took a European teenager to get the message across, adding to the belief that indigenous cries are being ignored in the international arena.

After all, teens in the Pacific, the Caribbean and Africa have been saying the same things for years.

Kathy Jetnil-Kijiner, who's a poet from the Marshall Islands, who's been campaigning for about a decade now.

"There's an understandable level of resentment about the fact that what we've been saying has been ignored until someone who is frankly white and European is heard.

"But all that to say, it's still welcome, because we still need need it to be heard and I think that Greta has been very very good about being conscious of her positionality and her privilege." 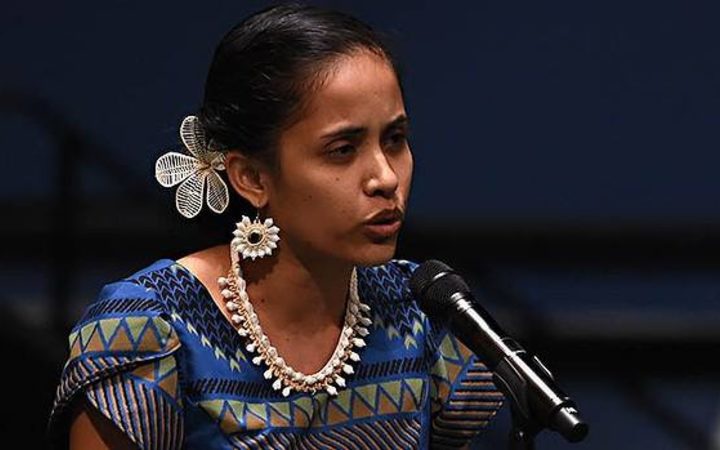 On Monday in Madrid, Greta Thunberg took to the stage with six indigenous activists from around the world, refusing to speak herself, opening the floor to indigenous speakers.

"I think that indigenous folks and people who have that connection to land - it's a very unique connection - and I think that actually it's very difficult to convey to people."

In some cases, indigenous voices have become even more sidelined. Such as at one event, where people from the Marshall Islands - one of the world's most vulnerable countries - were pushed to the back of the room.

Brianna Fruen from Samoa, a member of the Pacific Climate Warriors, said some strides had been made by the UN to include indigenous voices but a lot had to change.

"We need to start inviting more of these young voices into these spaces because there are so many solutions to come out of these groups and it's just a matter of us giving recognition to these voices."

She said they needed to come together to fight the bigger enemies: slow governments and climate change.

*Jamie Tahana travelled to the COP25 in Madrid, Spain with the assistance of the Secretariat of the Pacific Regional Environment Programme (SPREP).