He told councillors at a presentation on Wednesday, "I can still remember the day I started. I turned up at 8am and was eventually let in." 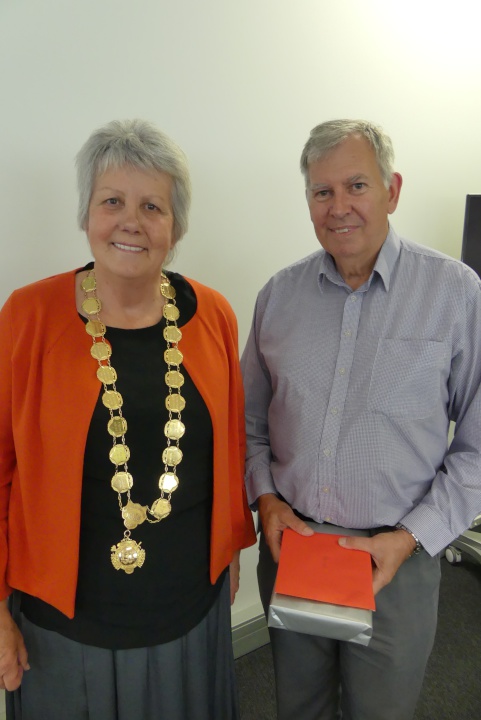 He said his managers briefed him and also asked if he played darts.

Masterton had been a great place to go to, grow up in and raise a family, he said.

"I never found anywhere I wanted to live more than this."

He actually started with Masterton Borough Council - the district council formed in 1989.

“Masterton is the best town in the world,” he said.

For many, roads may simply be a way to get from A to B, but for roading engineers there is a lot more to it than that.

“Things are increasingly technological, and actually, roads and footpaths tend to be more in people’s consciousness than other infrastructure like sewerage and stormwater.

“I’ve really enjoyed the job. It’s sometimes quite challenging but I think working for the community is great.”

Hamish recalls Masterton’s experience with two sets of traffic lights, in place from 1973 to 1995.

“We used to have a chap come into the office and say ‘The lights are on green in both directions!’. We’d go down in a panic to look and he’d say ‘They must have sorted themselves out'. In reality, of course, it couldn’t really happen ... there was a failsafe in place.”

After 45 years in the job, there will be time for other pursuits, and life is more likely to focus on swings than roundabouts.

“I will have a lot more time to spend in the gardens and putting the finishing touches on renovations – started 15 years ago!

“And I’m looking forward to having more time to spend in the weekends with family and my seven grandies.”