You can't miss the cameras on Apple's iPhone 11. Two lenses and a camera bump dominate the phone's rear.

Not so long ago camera bumps were controversial. People fretted they spoiled the clean lines of otherwise near pure metal-glass slabs.

Apple's earlier camera bumps were small. On the iPhone 7 Plus, the entire bump, including the non-bump flash, measures around 30 by 10mm. On the iPhone XS Plus the bump is more like a 25 by 10mm strip. The iPhone 11 bump is 30 by 30 mm and squarish.

This physical dominance reflects the camera system's importance. Yes, that's what Apple calls the collective photography components in the iPhone 11. Camera system may be marketing, but it makes sense.

Speaking of marketing, Apple's iPhone 11 message is all about the photography.

That should not surprise anyone. Two years ago I wrote that modern phones were all about the camera. It was true then. It is more true today.

Strip away the marketing and Apple's iPhone 11 is a camera packed in a phone's body. It is an excellent camera that happens to sit alongside a terrific phone and pocket computer.

Great though it may be, all that non-camera stuff is almost a footnote.

By camera standards it is tiny. 1

While the hardware is clever, it's clear from the size and depth there is more to picture quality than optics. A lot of smart software does the heavy lifting.

What does this mean in practice? To understand take a look at this example shot I took one night in December from a Coromandel Beach. 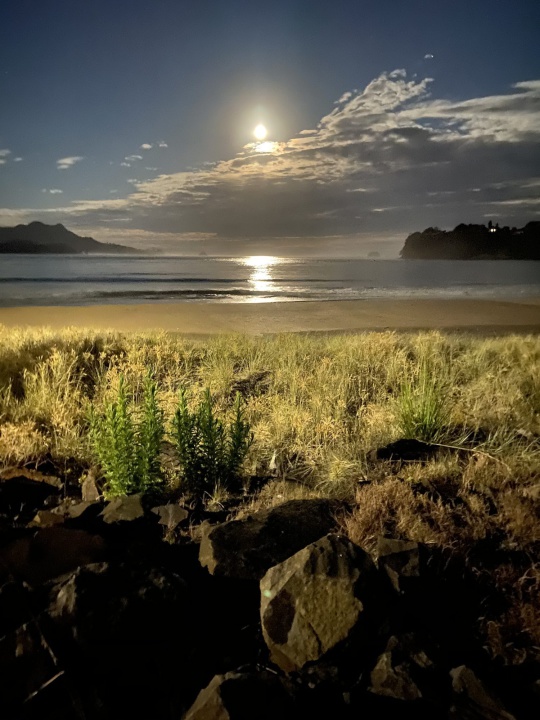 It's stunning, but it shouldn't be. I'm no photographer. Before we go on, let's make one thing clear, I wasn't making an effort to take a great picture to show off the iPhone 11. This was a casual shot taken on the spur of the moment.

While walking home from dinner, I noticed the moon coming out from behind the clouds. I took the camera out, stood on the beach and that was it.

The iPhone did all the hard work. My role was choosing the scene, holding the camera and timing my click to take the shot between the flashes of the lamps on the harbour buoys. It was that easy.

Sure, it wasn't pitch black at the time, but it was dark. The naked eye couldn't pick out the plants in the foreground, let along the individual blades of grass.

What I didn't know at the time, I only had the phone a few days, is Apple's camera system includes a night mode. It is automatic and kicks in when needed.

Night mode simulates long exposure: one, two or three seconds depending on conditions. In the case of my picture, that's important because the navigation buoys in the harbour flick light on every second or so. The window between them is shorter than the camera needs for a long exposure shot.

Night mode isn't to everyone's taste. There may be times you don't want or need it. That's cool. It's possible to turn it off. This works in much the same way as the automatic flash, which can kick in as needed. Again, you can use a manual setting to turn it off.

When I take night time pictures with my digital SLR, I need a tripod to keep the camera still. My hands shake too much for a traditional long exposure shot. That's not necessary with the iPhone 11. Look again at the example, it's crisp and clear.

As my trip went on, it became clear. The iPhone camera system makes it hard to take bad shots. Of course, you can still take terrible shots if you work at it. My point here is that casual, off the cuff snaps often come out looking great.

For a second example take a look at the shot of three chilli bottles. I made no effort to compose something artistic. All I did was line up the bottles so I could remember what sauces to buy later. 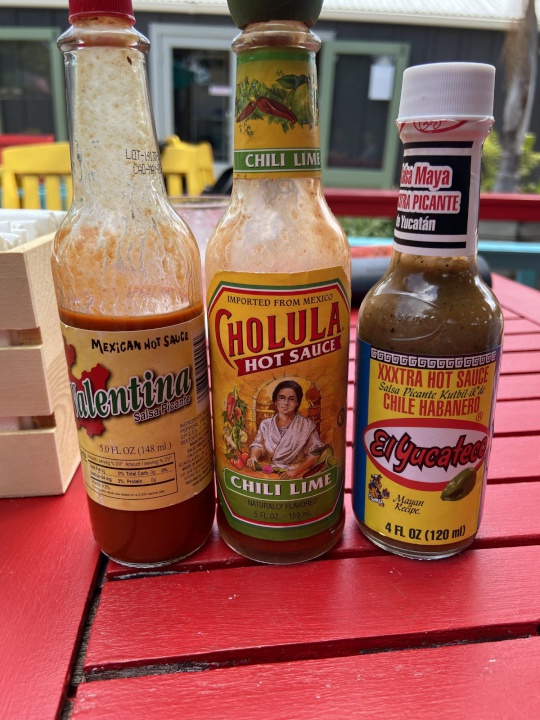 Another casual iPhone 11 shot that you wouldn't expect to look good.

It's not art, it's an aide-mémoire. And yet somehow it's also a bit, well, artistic.

The iPhone 11 has been my day-to-day phone now for about four weeks. Before that I was using the iPhone XS Max. The 11 is a little smaller, but otherwise on a par with the XS Max. It costs about $1000 less. With iPhone 11 prices starting at $1350, it compares well with Android flagship phones.

The two other big brands in New Zealand: Samsung and Huawei, also have great cameras on their top phones.

Each brand has its own set of camera strengths and weaknesses. They are all good.

That said, for my needs, Apple's iPhone 11 (and 11 Plus) have the best all-round mix of features, function and usability.

Soon, I'll write a more comprehensive overview of my iPhone 11 experience. There are other surprises worth sharing.

Like most, but not all, product reviews on this site, I didn't buy the iPhone 11. Apple gave me a loan unit. It's a bright red model and will go back to the company. For the record I own an iPhone 7 Plus.