On the double standard that’s bound to dominate the Election 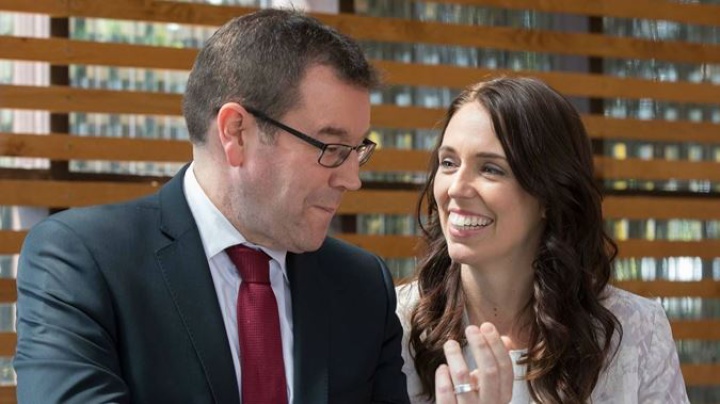 Are National really better political managers than Labour, particularly when it comes to running the economy? For many voters – and the business community in particular - their belief in National’s inherent competence is a simple act of faith. (For them, centre- left governments are just a temporary aberration by misguided voters, to be tolerated only until business-as-usual can be resumed.) Routinely for instance, the business confidence surveys continue to perpetuate the myth that National are the only prudent stewards of the economy. By and large, the business confidence surveys have been an outlet for the sustained temper tantrum felt by business leaders at the election result of 2017, rather than providing a rational assessment of the actual economic conditions.

This dogged belief in the centre right’s inherent political skills could explain why Election 2020 is not shaping up to be a contest of ideas. National has yet to put up a policy idea that is less than 30 years old. Tax cuts, tough on law’n’order, tough on welfare…it seems like we’re about to be trapped in a mid-1980s time warp. Already, the election campaign is evidently going to be focussed almost entirely on the coalition government’s alleged managerial shortcomings. It is as if the nine years of total neglect by the previous National government has gone straight down the memory hole, to be replaced by querying the execution of tasks that National never even bothered to attempt.

This approach (and the assumptions that underlie it) is not limited to New Zealand. In the UK and the US, the higher competence of the centre right is also widely assumed by voters, despite the lack of evidence for the belief, and despite the rather extensive evidence to the contrary. Centre right governments are believed to be thrifty and sensible, while centre left governments are believed to be prone to tax and spend extravagance, and are allegedly incapable of bringing their ideas to fruition.

So….what’s the reality? Faith can be hard to measure, but economic performance across successive US administrations has delivered some compelling, and quite counter-intuitive findings. This 2016 paper showed that from the end of WWII until the end of the Obama presidency, the US economy consistently performed better under centre-left leadership than it did under the centre-right.

The US economy performs much better when a Democrat is President than a Republican….The superiority of economic performance under Democrats rather than Republicans is nearly ubiquitous: it holds almost regardless of how you define success. By many measures, the performance gap is startlingly large—so large, in fact, that it strains credulity, given how little influence over the economy most economists (or the Constitution, for that matter) assign to the President of the United States.

And just in case some obvious explanations for the comparatively poor economic performance by centre-right administrations come to mind :

In Section II, we ask whether the partisan gap is spurious in the sense that it is really either the makeup of Congress or something else about Presidents (other than their party affiliations) that matter for growth. The answers are no. Section III investigates whether trends (Democrats were president more often when trend growth was high) or inherited initial conditions (Democrats were elected more often when the economy was poised for growth) can explain what appears to be a partisan gap. They cannot.

Even the better ability of Republicans to manage inflation has a negative explanation: namely, the lower growth and reduced levels of employment on their watch. At a less rigorous level, there are also sound historical reasons to distrust the free market policies normally associated with the centre right. Indeed, it was the anti-regulatory, laissez-faire economic policies preceding the Great Depression that led to the ascendancy of managed capitalism during the first three decades of the post war era, and the high growth policies that came in their wake. During the late 1970 however, as managed capitalism faltered, laissez-faire economic policies were given another chance. Neo-liberalism has flubbed the challenge, but not for lack of trying : :

The neoliberal counterrevolution, in theory and policy, has reversed or undermined nearly every aspect of managed capitalism—from progressive taxation, welfare transfers, and antitrust, to the empowerment of workers and the regulation of banks and other major industries. Neoliberalism's premise is that free markets can regulate themselves; that government is inherently incompetent, captive to special interests, and an intrusion on the efficiency of the market; that in distributive terms, market outcomes are basically deserved; and that redistribution creates perverse incentives by punishing the economy's winners and rewarding its losers. So government should get out of the market's way.

By the 1990s, even moderate liberals had been converted to the belief that social objectives can be achieved by harnessing the power of markets. Intermittent periods of governance by Democratic presidents slowed but did not reverse the slide to neoliberal policy and doctrine. The corporate wing of the Democratic Party approved.

Elsewhere, it has been the same sad story. Centre left governments - under Tony Blair in the UK and Helen Clark here - maintained the free market doctrines, while trying to soften their social impacts. But in 2008, the Global Financial Crisis demonstrated once again the perils of de-regulation. By and large though, the Ardern government has chosen to cling to the old orthodoxy – as evidenced by the Budget Responsibility Rules agreed between Labour and the Greens –apparently for fear of the political consequences of being seen to be doing anything different. Election 2020 therefore, seems likely to be waged on the same old antiquated ideas of economic competence :

Now, after nearly half a century, the verdict is in. Virtually every one of these [free market] policies has failed, even on their own terms. Enterprise has been richly rewarded, taxes have been cut, and regulation reduced or privatized. The economy is vastly more unequal, yet economic growth is slower and more chaotic than during the era of managed capitalism. Deregulation has produced not salutary competition, but market concentration. Economic power has resulted in feedback loops of political power, in which elites make rules that bolster further concentration.

Not that such failures are likely to receive much airtime here during the run-up to Election 2020. National is not merely - and proudly- running on empty when it comes to economic and social policy. (Surely, no sane person still believes that tax cuts will automatically generate sustained growth.) In National’s last term of office, it was in denial that a housing crisis even existed, and it managed to balance the books only by ignoring the huge social deficits in health ( and in mental health in particular) and in education, and by failing to recognise any infrastructural needs beyond providing faster broadband, and building more motorways.

So…that’s the real choice that voters will face this year. Between an absentee government wilfully asleep on its watch last time around, and a government that has only partially succeeded in meeting its ambitious targets. If you believe on faith that National are born to rule, that will still be an easy choice. (Especially for those insulated by wealth and privilege from the social and personal consequences.) But it has nothing at all to do with competence.

Footnote: New Zealand still has a very, very low ratio of government debt to GDP. This allowed it to survive the 2008 Global Financial Crisis largely unscathed. Question : did it achieve this happy state under a National government – or under one of those supposedly spendthrift Labour-led administrations ? Clue: the Finance Minister during the boom years of the late 1990s/early 2000s, and who used that largesse to pay down government debt, was Michael Cullen. As National Finance Minister Bill English conceded in a 2013 speech to the Wellington Chambers of Commerce : “Relatively low debt helped New Zealand weather the last [GFC] storm.”

Similarly current Finance Minister Grant Robertson has chosen to pile up a very large surplus in case a rainy day should arrive for the economy sometime in the future. As others have mentioned, Robertson has kept that line, regardless of the rain that’s been pouring on some of the most vulnerable New Zealanders for a very long time now.

Mac Miller’s accidental death in 2018 ( he was another fentanyl casualty) came just as he was reaching his full potential, if this month’s posthumous Circles album is anything to go by. Producer/arranger Jon Brion has chosen to get out of Miller’s way, and he’s provided the most sympathetic and unobtrusive setting for the music. Here’s the title track :

Well, I drink my whiskey, and you sip your wine
We're doing well, sitting, watching the world falling down, its decline
And I keep you safe, I can keep you safe, mm
Do not be afraid, do not be afraid
You're feeling sorry, I'm feeling fine
Don't you put any more stress on yourself, it's one day at a time….