National MPs have been schooling up on the campaign tricks that helped Australia Prime Minister Scott Morrison to victory in last year's "unwinnable" election. 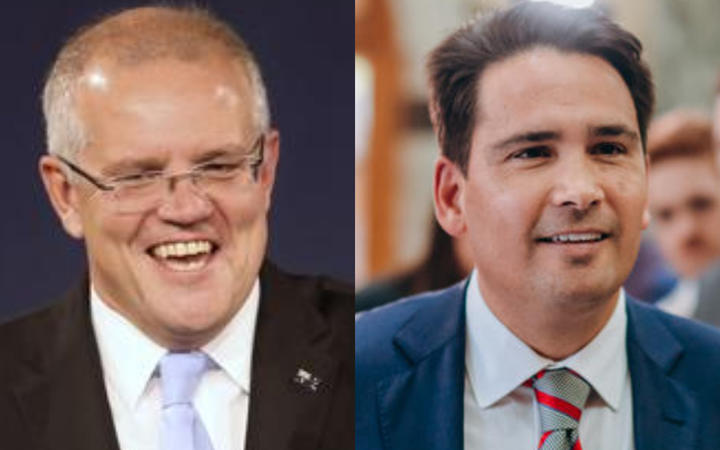 The party flew in the Liberals' New South Wales deputy campaign director Nick Westenberg to speak to the caucus on Monday at its Havelock North retreat.

And he came with a message: "No election is unwinnable."

Speaking to RNZ after his presentation, Westenberg said he had shared lessons with the National caucus from his experiences across the Ditch.

He said Morrison's success came down to a singular focus on what mattered to "the average voter" rather than the so-called "Canberra bubble".

"You need to listen to what the public is saying and talk about the issues that matter to them and understand how government is making their life easier."

The Liberals drove a brutal campaign that zeroed in on the economy, repeatedly warning that Labor's big policy proposals posed a massive risk to people's wallets.

"[National] has got a great record from the previous government," Westenberg said. "They've demonstrated that they can deliver, because they did last time."

Bridges has already signalled an intent to use that line of attack, later telling reporters: "This is a government that doesn't deliver. National will get things done."

National has already stepped up its output of videos and graphics online and will no doubt want to re-engage Topham Guerin's skills closer to the election.

But Westenberg said the message was much more important than the medium.

"Social [media] gets the coverage because it's the colour and movement of politics, it's always the more fun part," he said.

"But that's not really the way it is. The most important thing is speaking the language of the voters."

But while National has stayed high in the polls, Bridges has struggled to win over the public, lagging well behind Prime Minister Jacinda Ardern in the preferred prime minister polls.

Westenberg said while the leader was important in modern campaigns, it was not the be-all-and-end-all.

"It's not a one-man-show," he said. "It's not just about the leader, and I think that'll potentially be one of the challenges for the New Zealand Labour Party.

"It seems very much a one-man-team for them at the moment."